10 Astonishing Statistics About a Bridezilla’s Wedding Expenses and So Much More! 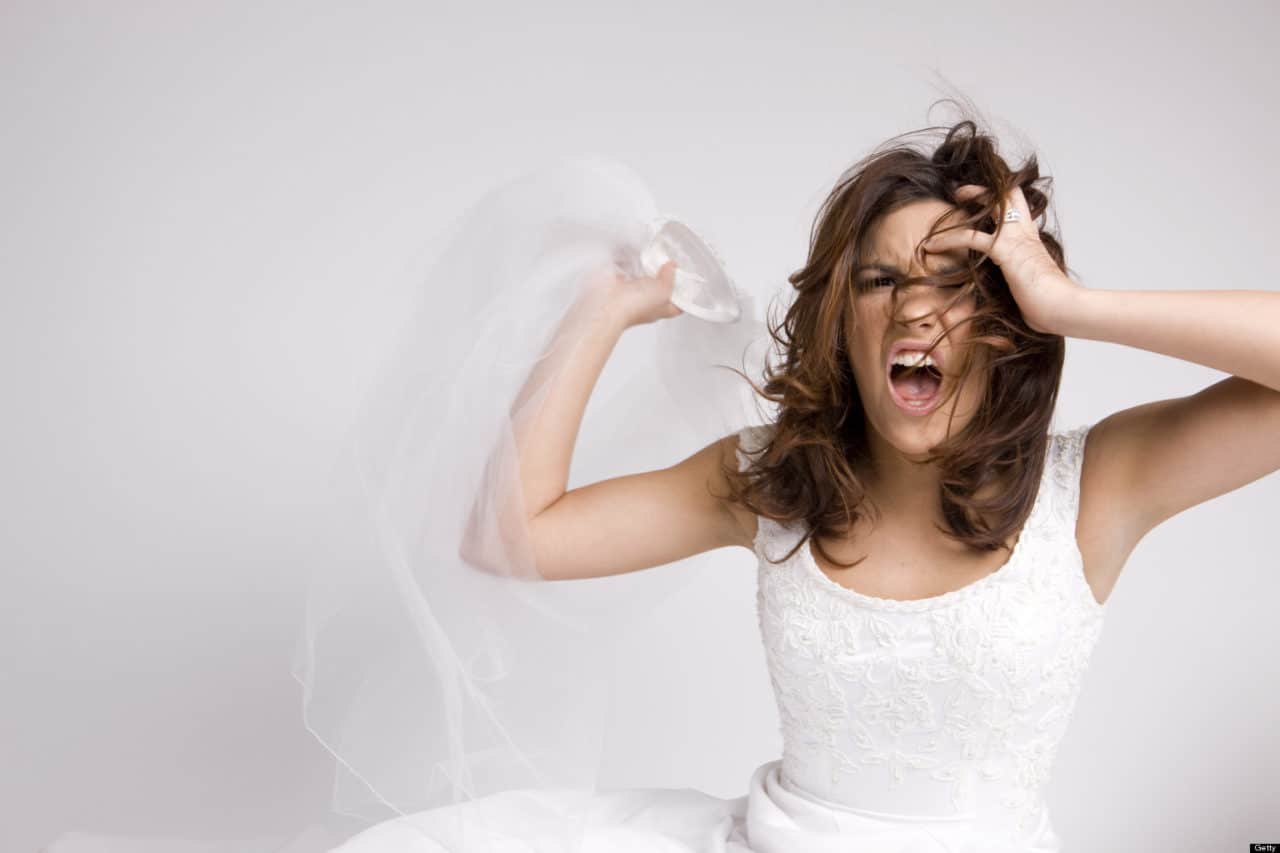 While it’s delightfully fun to witness and critique the extravagant lengths a bridezilla will go to achieve her dream wedding, the aftermath–namely the expense report–isn’t so delightful.
The wedding industry is stronger than ever, with the #1 wedding brand and marketplace The Knot reporting that the average couple spent $32,641 (honeymoon excluded) on their wedding last year. With numbers like that, we couldn’t help but do a little digging to find out what the typical bridezilla shells out for her special day, along with some other interesting facts concerning weddings in general.

According to The Knot, the most expensive location to get married ,as of 2015, is Manhattan, New York, with reports showing that the cost of saying “I do” Carrie Bradshaw-style, set the average couple back a cool $82,299. Chicago placed second, averaging at about $61,265. The least expensive American locale? Alaska, at a comparatively low $17,361.

2. Say yes to the dress…wait a minute, how much was it? 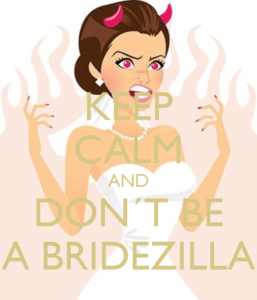 The Knot further reported that the average cost of a bridezilla’s gown last year was around $1,469. While many brides still opt for brand new gowns, a growing trend amongst the “eco and cost conscious” brides is the buying and purchasing of used gowns through various web boutiques. As of 2014, brides in Manhattan and Long Island continue to spend the most on their wedding gowns, between $2,710 and $2,239 respectively on average.

3. Who knew with registries!

Just how much has the bridal industry boomed? Since the first official bridal registry was launched in 1924 at the US department store Marshall Field’s, according to Weddingstats, about $48 billion has been invested in registries. The Knot’s 2015 consensus found that couples in Michigan and Vermont were most likely to register for wedding gifts (97% and 96%, respectively), while couples in Hawaii and Nevada were least likely to register (56% and 68%, respectively).

4. Here comes the Maid of Honor.

What about the suffering maid of honor? While costs certainly vary according to wedding details, and depending on full disclosure of expenses by said bridesmaids, according to a 2010 nationwide survey of more than 20,000 brides, the average bridesmaid paid an average of $1,695. Six years later and that number has actually gone down a bit, to around $1,500. With the use of crafty and convenient bridal apps, as well as more relaxed attitudes becoming the norm, it’s expected that the pressures of shelling out a fortune on your best friend’s walk down the aisle will continue to go down. 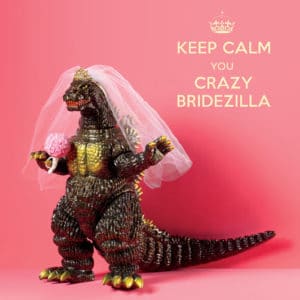 How’s this for an eye-opener? Weddingstats found that nearly 50% of all couples will end up spending more on their nuptials than they had originally budgeted for, regardless of the year. This has led to an understandable increase in the hiring of wedding planners and even professional wedding financial advisors, which help keep newlyweds on budget as they plan for their big day.

On average, the bride’s parents contribute 44% of the overall wedding budget, while the bride and groom contribute 43%, with the remaining 13% being allotted to the groom’s parents and assorted friends and family. In 2015, 12% of couples paid for the entire wedding out of their own pocket; conversely, about 9% of couples didn’t contribute any finances of their own.

Spring wedding? Not so much. According to the Knot, the most popular months to get married in the US, as of 2015, were October and September. When you think about it though, it truly does make sense. In most regions, late summer/early autumn is a mild time of year with minimal risk of unexpected weather upheavals, making the season ideal for outdoor celebrations.

7. Will you marry me? Also merry Christmas.

The Knot reports that the most popular month to get engaged is December, a trend that has continued year after year. Christmas Eve proposals are still a popular tradition, with New Year’s Eve (which cuts it close but technically counts as December) running a close second.

8. Home is where the heart is. 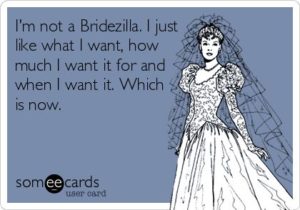 The Knot and Honeymoons.about both reported that 99% of tradionally wedded couples take a honeymoon, the latter logging about 1.4 million American couples per year. The average couple spends $4,466 on their honeymoon–nearly three times as much as the average U.S. adult spends on a vacation. Luxury honeymooners make up about 15% of the market, spending about $9,954 on average.

So what eats up the largest increments of a bridezilla’s wedding budget? CNN Money disclosed in an annual round-up that the event venue generally accounts for the biggest portion of the budget, with rental costs and insurance averaging close to $14,006. This is followed by the engagement ring at $5,855, then the band at about $3,587. The average catering price per guest was $68, not bad when you consider wedding attendees will spend an average of $99 on a gift, according to research results tallied up by American Express Spending & Saving Tracker.