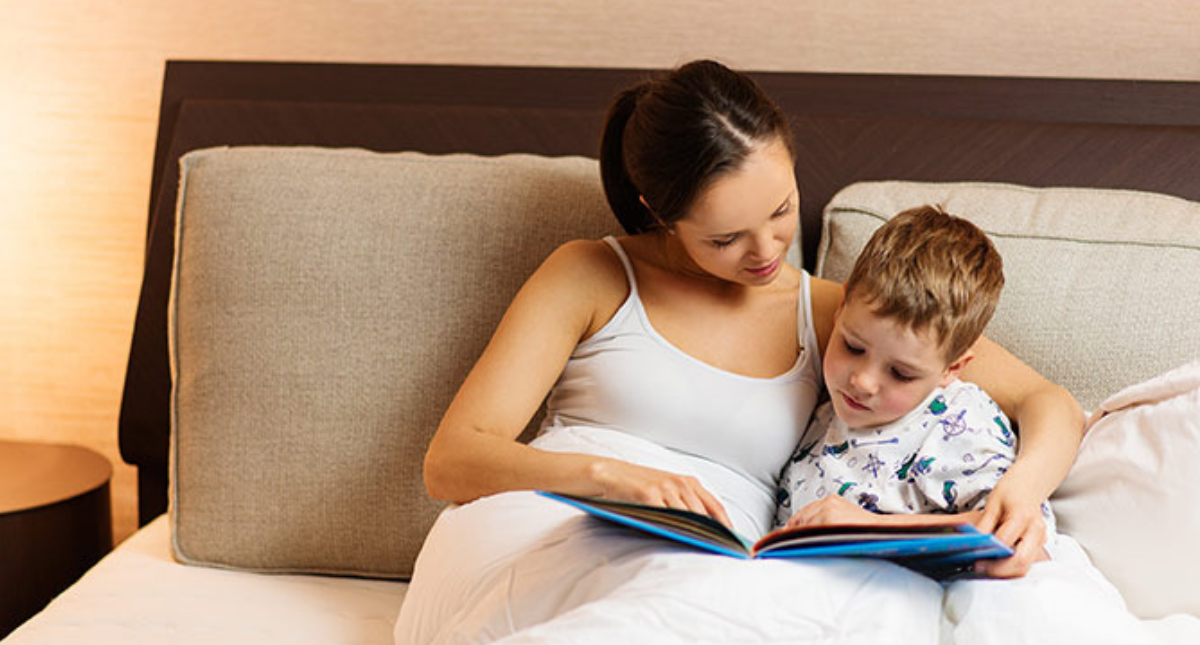 This first bedtime story can be read to boys and girls. This classic book was written by Hans Christian Andersen. The story tells of a little bird born in a barnyard who suffers abuse from the others around him. One day, however, he matures into a beautiful swan, the most beautiful bird of all. The story ends with him getting to live with the flock of swans. This story teaches that everyone is beautiful, even if it doesn't seem like it at first. The Boy Who Cried Wolf

A popular quote by Aesop reads like this, "A liar will not be believed even when he speaks the truth." The book "The Boy Who Cried Wolf" is about how you should always tell the truth. It is about a shepherd boy who tended his sheep at the foot of a mountain near a dark forest. It was lonely for him, so he thought of a plan that would get him some company. He rushed down towards the village calling out “Wolf, Wolf,” and the villagers came out to meet him. Because the boy got what he wanted, which was attention from others, he did this again a few days later. Soon, however, the villagers didn't believe him anymore when he cried "Wolf". One day, a wolf did come to the flock, but because the villagers no longer believed the boy, the flock was eaten by the wolf. This is a great book to read to little boys, as it teaches them that you should always tell the truth. Aladdin and the Magic Lamp

This is a story from The Arabian Nights: One Thousand and One Nights. It is a story full of magical adventures. It tells the tale of Aladdin, a poor tailor’s son. After his father dies, Aladdin’s mother earns money by spinning cotton. One day, a magician comes to Aladdin and says he will pay him money for doing a small job. The job is that the boy goes into a hidden cave and bring out a lamp. The cave is full of gold and treasures. Aladdin finds the lamp and brings it to the opening of the cave.

The magician asks Aladdin to give him the lamp, but Aladdin asks him to help him climb out first. The magician got angry and said magic words that trapped Aladdin inside the cave. Aladdin, who is desperate to get out of the cave, rubs the ring on his finger, and a Genie magically appears. The Genie says that he will grant anything that Aladdin wished for. In the end, Aladdin and his mother become very wealthy and Aladdin marries the princess. If your little boy enjoyed the Disney movie Aladdin, which was about Aladdin and the princess Jasmine, he will most likely enjoy this book. The movie Aladdin is based on this story. Goodnight, Moon was written by Maragret Wise Brown and illustrated by Clement Hurd. It is a classic children's bedtime story written about a rabbit's routine before he goes to bed. The rabbit says "Goodnight" to everything he sees in the room. This is a short picture book, which makes it great for younger boys. This is a rhyming book, which means your little boy may have fun trying to read the book with you. Oh, The Places You'll Go is a classic book written by Dr. Seuss. The book concerns the journey of life and its challenges. Though written in the style of classics such as Green Eggs and Ham and The Cat in the Hat, Oh, the Places You'll Go has many specific characters including a narrator and the reader. A young boy referred to simply as "you" is the main character in the story. This book is about the importance of seizing new opportunities, keeping an open mind, and trying new things.

Midas And The Golden Touch

The story of Midas is another classic bedtime story for kids. This ancient story from Greece describes King Midas as a greedy and discontented man who loved gold more than anything else. When a Greek god visits Midas, he tells him that he will give anything that Midas asks for. Midas tells the Greek god that he wants everything that he touches to turn into gold. The Greek god granted Midas's wish. At first, Midas was excited that everything he touched turned into gold. However, he soon became disappointed when he found that when he touched food, that turned into gold too. When his loving daughter threw her arms around him to comfort him, she too turned to gold. After asking the god to help his daughter become alive again, he realized that he shouldn't be so greedy and should instead be grateful for the things he had, such as his daughter. The Chocolate Touch is similar to the previous story. It is the story of John Midas, who could turn everything he touched into chocolate, just like how King Midas could turn everything into gold. This story begins with letting the readers know that John Midas's favorite food is chocolate. The doctor warns his parents that John's health is poor, but he continues to eat chocolate anyway. One day, he visits a store that sells chocolate and he buys a large box of chocolate.

To his surprise, the box only contains one small piece of chocolate. But, after eating that piece, everything he ate tasted like chocolate. At first, John was delighted by this. But after a while, he was tired of tasting this chocolate. Everything his mouth touched turned into chocolate, including the doctor's special equipment. The doctor names this disease "Cranium's disease". When John's mother began to cry over him, John went over and kissed his mother. When he opened his eyes, he realized that his mother turned into chocolate. The Ant And The Grasshopper

The Ant and the Grasshopper, alternatively titled The Grasshopper and the Ant, is one of Aesop's Fables. The fable describes how a hungry grasshopper begs for food from an ant when winter comes and is refused. In the end, the ants share their food with the grasshopper but tell him that next year he should work harder at gathering his food. This story teaches young kids that you should work hard and plan for your future. Sam and the Dragon

If your little boy loves dragons, he will most likely love this book. Sam and the Dragon is about how a young boy named Sam became friends with a dragon. After his family moves South for the winter, young Sam assumes that he can survive the winter by himself. However, he soon realizes that the winter is indeed very cold. When he hears the door open one day, he assumes his mother has come back to take him with her. Instead, he finds a small dragon at the door. The dragon uses his hot breath to keep Sam warm.

Together, they helped each other survive through the winter. Once people saw how well Sam and the dragon got along with each other, they realized that dragons made great pets. They also were amazed by how the dragon helped keep Sam alive throughout the winter. Soon, dragons were no longer feared by the people, but instead, they became pets for all of the people. My Treasury of Stories for Boys

Not sure what bedtime stories for boys you should read to your child? Consider buying this complete bedtime stories for boys book. In this book, there are twenty-three wonderful tales specially selected for boys, including classics like 'Puss in Boots' and 'Pinocchio', as well as new stories of magic and adventure. Your little boy will most likely fall in love with this bedtime storybook. Related Article: Here's A Beautiful Guide To Good Bedtime Stories You And Your Child Will Love﻿