11 Must Have Family Friendly Movies for Your Next Friday Night 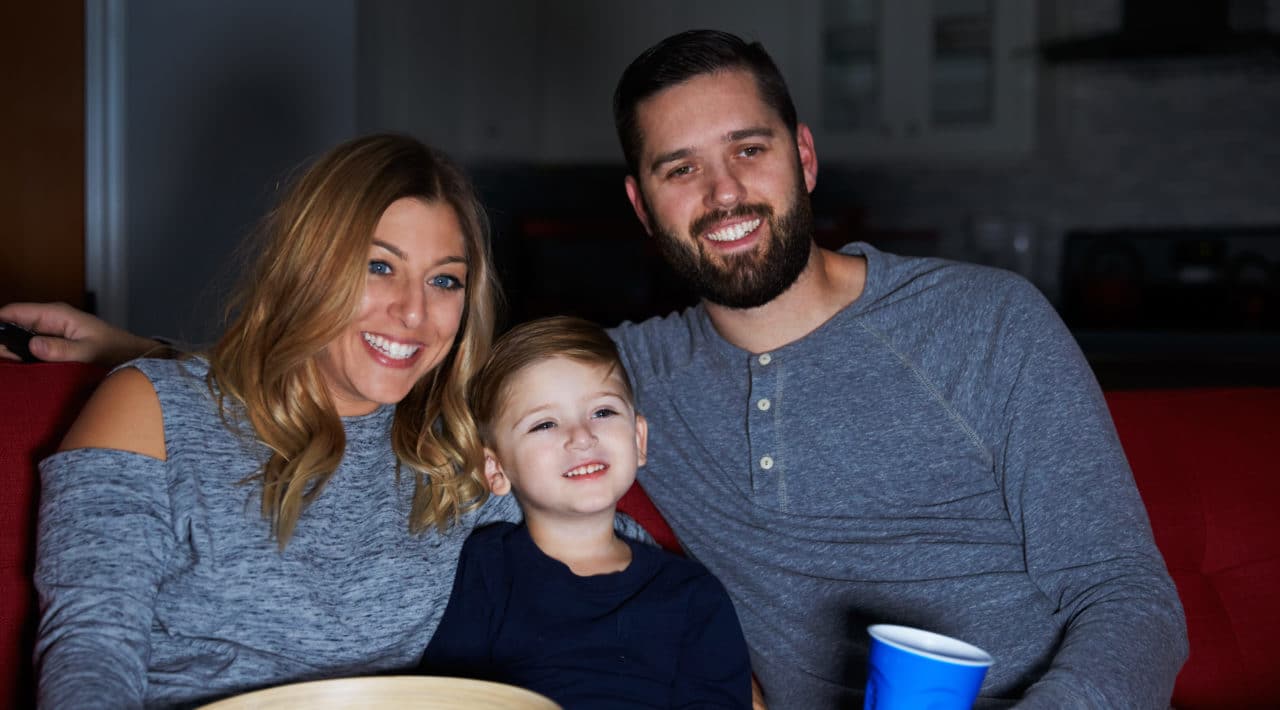 Although a romantic, night out on the town is probably how you prefer to spend your Friday nights with your sweetheart, it does not always work out that way. In fact, once you have children, it is very hard to get that romantic date night every Friday night. So if you are going to have to spend Friday night at home with the kids anyway, why not have some fun with it?

We suggest designating Friday nights to a Family Fun Night. Whether it be a game night, movie night, a night of cooking, a baseball game, whatever, Friday nights are great to spend with the family and get that family bonding you have been wanting as parents. Maybe there is some really yucky weather outside one Friday night, so why not enjoy some movies?

Below are some of the best, timeless childhood movies that everyone can still enjoy today. Although these movies are not an adult’s first choice, they are still fun and childproof, making them perfect for the kids and funny reruns for you to enjoy!

If you have not seen Tangled, we highly recommend it! This funny twist on the story of Rapunzel is a great movie for kids and a cute movie for adults!

Looking for an old Disney classic to enjoy? This animated tale shows a true friendship and bond that no one can break, even if you are different species! If you love the Jungle Book plot but are not a fan of animation, there is a Jungle Book that was created in 2016 and is a rendition of the original 1967 film. So if you are looking for something more modern, be sure to check that out as well!

If you love fun comedy and a cute plot and story line, than Frozen is just the movie for you! Join Anna as she embarks on an adventure to help her sister (who is also a snow queen) Elsa before trouble hits their land. Also enjoy a cute little snowman named Olaf who is just hilarious.

This modern day fairy tale is fun for the whole family! Join Princess Giselle as she is banished from her homeland, and is sent spiraling into the busy world of Manhattan. She learns that life is hard in Manhattan, but that doesn’t stop her from cheering everyone up around her as she journeys with her new friends.

Okay, this trailer may look pretty cheesy. But believe me when I say this movie is awesome. It was one of my childhood favorites and is still the most watched movie on our family’s shelf today! It has raw humor, love, stupidity, and a 1980’s film job to make fun of as you watch it. Although, we suggest at OurStart that this film be saved for when your kids are a little older, about preteen and older. Toddlers and youngins would most definitely be bored and not understand anything that is going on.

Although a Christmas film, this hilarious comedy can most certainly be watched at any time of the year! Follow young Kevin as he must battle off robbers who try to break into his house every night, without his family who has accidentally left him behind.

It truly is wonderful to have some old classics to rely on so parents do not have to worry about the garbage that is available for their children today. Join Lindsay Lohan as she plays twins Hallie and Annie and their journey to reunite their divorced parents after the twins meet each other for the first time at summer camp.

I mean, I guess I could forgive you for not seeing Tangled and maybe for not seeing Princess Bride. But if you have not seen Finding Nemo, I may have a harder time forgiving you. This priceless animated tale follows Marlin and his annoying and new friend Dory as they search for Marlin’s son who is missing.

This is another movie that it would be pretty hard for me to forgive you if you have not seen it. If you are searching for a Christmas flick filled with laughter and a cute plot, this movie will definitely meet those expectations. Besides, Will Ferrell is pretty great.

Despicable Me is a timeless animation with a creative story line that at the end of the movie, will have pleased parents. Follow villian Gru, who in order to complete his next missions and robbery successfully, has to adopt three little girls from an orphanage; Margo, Edith, and Agnes. This wild family adventure will have your kids raving about little yellow minions for weeks (trust us on this one!).

UP is another classic Pixar animation that gives younger kids something to look forward to for movie night. Follow old aged Carl Fredricksen as he is forced on an adventured (unwillingly, I might add) with boy scout Russel. Together, they face unimaginable things and work together as partners to survive. Don’t miss out on this fun family flick!

Still interested in family friendly movies, but not intrigued by any of the options above? Check out these resources for reviews and coverage over the cinema world today to help protect your kids!