4 Pros and 4 Cons To Living Together Before Marriage 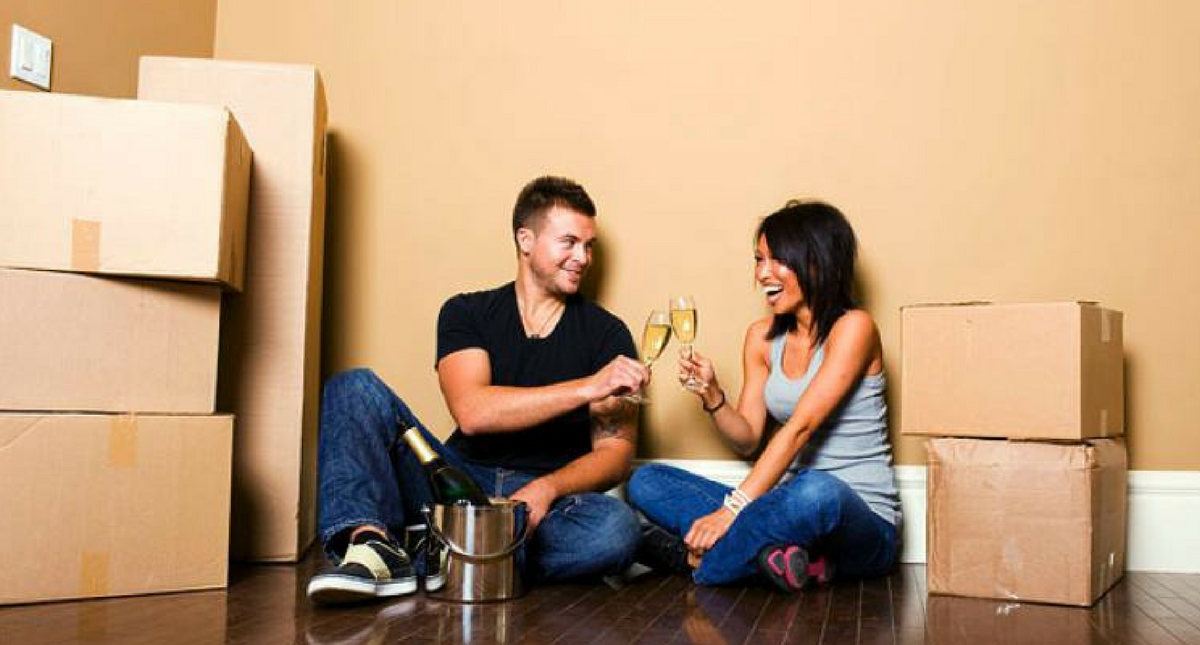 It’s a conversation every couple has at some point during their relationship. How soon is too soon? It used to be that you didn’t move in with your significant other until you were married. But the taboo sentiment has worn off, and more and more couples are opting to move in with each other long before they have chosen to tie the knot. Is it the changing times, or do couples have it all wrong? Here are some pros and cons to factor into your decision of moving in with your significant other before you get married.

Pro: You Get To Spend More Time With Each Other

If you are in a loving relationship with someone, chances are you want to spend every waking moment with that person. If you can’t get enough of each other, cohabitation might not seem like a bad idea. The perks include snuggling up to watch a late night movie without having to plan. Simply just show up to the living room. Sleeping in takes on a whole new meaning when you move in together too. There’s no pressure to plan in advance if you want to stay the night. You stay the night because duh – that’s where you live.

Living together before you tie the knot will also give you the chance to practice being with your significant other around the clock. I say practice because, yes, living with your lover is something that takes practice. Moving in together gives you the chance to see how the other operates on a day to day basis. You get to know each other’s routines and mannerisms. Best of all, you get to see how they function when they are in their most comfortable environment.

On the other hand, you or your spouse might become less committed to the relationship if you choose to move in together before you get married. You have already skipped to the good part – living together – without having committed your lives to one another. Some people might feel anxious about whether or not their partner will stick it out when the going gets tough when the commitment of marriage is not there.

While living with someone you love can be fabulous, there are moments where it can be burdensome. Getting through the difficulties of sharing your space with your spouse when you’re married is something that you work through because you know you’re in it for the long run. For some, the absence of marriage might make it easier to walk away from the relationship when the going gets tough.

Pro: You Will Slash Your Bills In Half

For some couples out there, moving in before marriage might seem like the practical thing to do. Logically speaking, moving in together before marriage brings with it a sweet financial break. In today’s economy, cutting costs is number one on everyone’s list. If you and your significant other have reached a point where you are comfortable sharing the same space, then your wallet will really thank you. You can look forward to a nice slash in rent payment. Not only that, but you’ll likely see a decrease in your utility bills as well.

Con: You Will Lose Your Personal Space

Although you’ll save some money if you choose to move in with your significant other, you, unfortunately, will lose your privacy. The definition of personal space differs before and after marriage. Once you’re married, you lose the luxury of having your “own space” because marriage comes with that sacrifice. If you are not married, to a certain extent, you still are entitled to your personal space. But rarely will you get to practice that entitlement. Say goodbye to farting when you feel like, or walking around the house in your undies during the winter. (Ladies, if you insist that you shave your legs during the winter months, stop kidding yourself).

The loss of your personal space might not seem like a big deal at first. I mean, you’re moving in because you want them in your personal space. But over time, it might get frustrating to the point where you become sick of having that person around every moment of the day. Not only that, but the loss of your personal space means that you’re going to have to get comfortable being comfortable around each other – This means your partner will see you in your raw form, and you’re going to have to be ok with that. If you’re not yet married and still haven’t totally gotten comfortable with your significant other, then be prepared to get comfortable quick, because moving in before marriage will change that.

Pro: You Will Learn About Each Other’s Spending Habits

Finances are a major component of any marriage. So significant that in fact, the leading reason for divorce in our nation is finance related. Before you commit to getting married and living happily ever after, it doesn’t hurt to get a sense of your spouse’s spending habits. Moving in before marriage can be a great way to figure this out. This will help you realize that she spends a tad bit too much on clothes. Or that he whittles away his money on takeout more than he realizes, then before getting hitched is the best time to address it. Living with your significant other before marriage is a great way to get a first-hand glimpse of their spending habits.

Con: You Will Learn About Each Other’s Annoying Habits

For many of us, when we are in a relationship, we pick and choose the qualities and habits we want our significant other to see in us. When we get married, we acknowledge and accept those annoying habits our spouses bring with them. It’s a little different when it comes to cohabiting before marriage. It’s a period of figuring out what our significant other’s annoying habits are and whether or not we choose to accept them.

For some guys, seeing their girl in her natural habitat might be a shock or even a turn off if they’ve never seen her before in that way. The same goes for guys. Realizing your man likes to leave his dirty underwear strewn about the house and has a severe video game addiction might make you want to re-think advancing your relationship to the next level.

Pro: It Makes Your Relationship Stronger

When you live with someone, the dynamics of your relationship change. Seeing someone everyday give you the opportunity to see them in every aspect of their existence. Mannerisms that they have that you otherwise wouldn’t have noticed pop up. This gives your relationship a new dynamic. You might even see this as another opportunity to get to fall in love with them for the second time.

Being around each other more also makes it harder to be apart from each other. Their presence becomes a staple in your day when you wake up to them every morning. Doing things like eating dinner together or lounging around on your downtime are all ways to strengthen your relationship. It can play in your favor of building a strong and positive relationship when you get so used to having your significant other there with you 24/7.

Con: You Miss Out On The “Next Phase”

The traditional sense of relationships always meant that you moved in with your significant other after you got married. Bypassing this tradition and moving in together before marriage may make you feel like you’re missing out. Your wedding day is a day of momentous value. Going to the church, tying the knot, and walking under the rainfall of rice signifies a change in your life forever. But for some couples, going back to the home you share with your significant other after getting married may diminish the big change that just happened in your life. There’s a certain magic in moving in with your spouse after getting married. By moving in before marriage, you may feel like you’ve missed out on this magic.

Moving in with your significant other does not come with a one size fits all answer. The answer for some couples is cohabitation. For other couples, cohabitation before marriage isn’t even a thing. Whatever you are in your relationship, one thing is for certain. Moving in with your significant other is a huge step. One that should be carefully considered by weighing some of the above pros and cons. Let us know your opinion on the matter in the comments below!