Once a cheater always a cheater? 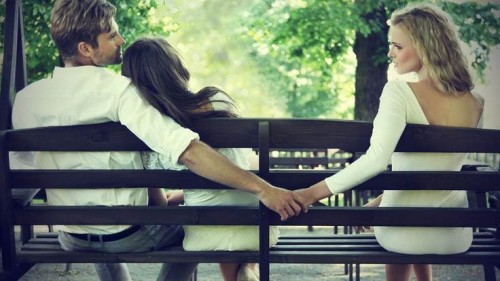 Have you recently or in the past had a boyfriend cheat on you? It can be the worst feeling in the world to realize that someone you trusted or cared about betrayed you. And it can become even more complicated if you are married, have children, or live together. So what do you do when you find out he’s been cheating? Do you wish him good riddance forever, or do you stick it out? Hopefully, by answering the questions we’ve listed below, you’ll be able to figure out if you should stay or go.

How Did You Find Out?

Did he come clean to you and apologize, or did you find suspicious texts on his cell phone? If your boyfriend or husband has come to you and privately confessed that he cheated, to you, I commend them for having the courage to let you know to your face. But, if you found out some other way, that could be a red flag. Having the maturity to admit to their mistakes might mean that they have the maturity to fix them, but if they were just caught red-handed, they might not be worth it.

Did He Deny It?

If you confronted him about cheating, with clear proof I might add, and he still denies it, run. No one has time for a boy who can’t even admit when he’s screwed up. And if he’s lying to you about this, who knows what else he would lie about or has lied about in the past. But, make sure that when he denies it, you have valid and actual proof that he has cheated before jumping the gun. We can all go overboard with our paranoia.

Does He Want To Stick It Out?

Obviously, if you’ve been cheated on and he tells you he wants out, there isn’t really anything you can do to change his mind. And you deserve so much better than a man who leaves you for someone else. You are amazing.  But, if he admits to you that he cheated on you and that he wants to work on your relationship, don’t run just yet. Especially if you are married, it could be beneficial to try to attend counseling and give him the opportunity to let you gain his trust back. I am not saying this would be an easy route, but I do know that many marriages and relationships have survived cheating incidents only to come out stronger than ever before.

Once A Cheater Always A Cheater?

That might be the question that is constantly on your mind after you found out he cheated. And there is some truth to that statement. According to research done by Denver University, spouses and significant others who have cheated once are 3.5 times more likely to cheat again in the future. So, you need to decide if you can live with what he did to you and learn to trust him again. If you don’t think you can forgive him or you need space to process what happened, that is entirely okay and acceptable. Only you can decide if he deserves to gain your trust back.

Who Did He Cheat With?

I know that you might be confused by this question because isn’t anyone they cheated on you with an awful human being? Not exactly. What I mean is, did they cheat with one of your best friends, a family member, or a random girl they met in a bar? Because if they cheated on you with someone you know and love, that is not okay.  Also, was it a one night stand or kiss, or was it a full-blown affair, with texts exchanged, dates, and time spent together while you were blissfully unaware?  Everyone can make mistakes, but I would be wary of someone who had an affair as opposed to kissed someone when they were drunk. Use your own judgment when accessing.

Did He Even Apologize?

If this boy cheated on you and still wants you back, he is going to have to be content groveling for a very long time. Roses every day might not even be enough. But did he apologize when he told you or was he just sorry he got caught? If he didn’t shed actual tears over what happened, time to leave.

Has He Done It Before?

Is this the first, second, or tenth time he’s cheated on you or someone else? If so, it’s time to leave. You deserve so much better than a serial offender.

I hope that these questions can help you to decide if leaving or staying would be the best decision for you and your family. Always remember that this wasn’t your fault. You are a prize, and you deserve to be treated with respect.