7 Tips for Sharing Your Space With a Spouse or Roommate 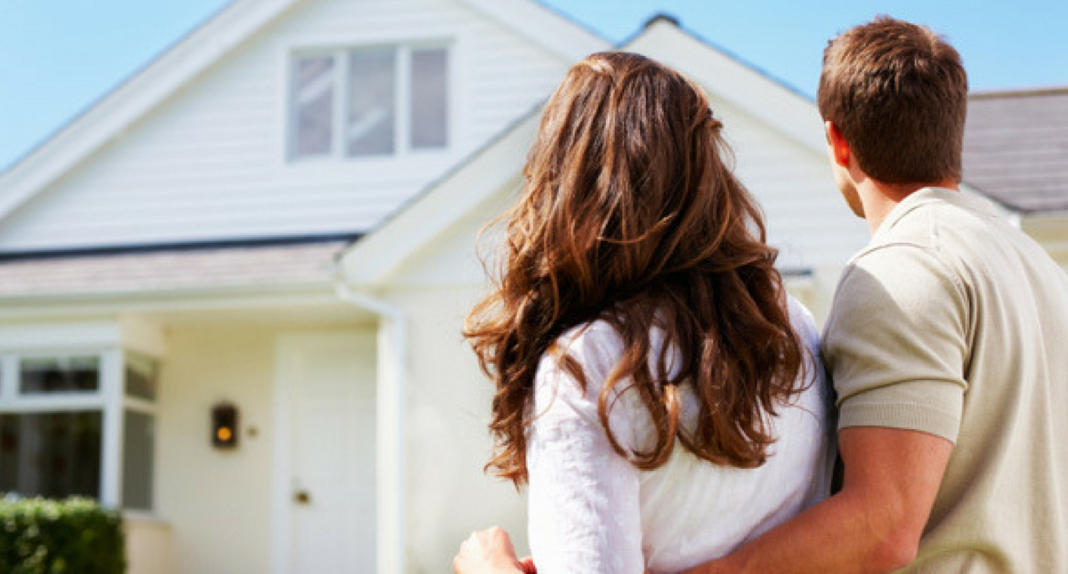 Whether it’s a relationship that’s moving onto the next level or a stranger that’s just looking for a new roommate, moving in with someone for the first time is a rite of passage that every young adult will encounter sooner or later. For the newlyweds and singles looking to share their space, here are a couple of tips to make that transition go as seamlessly as possible. 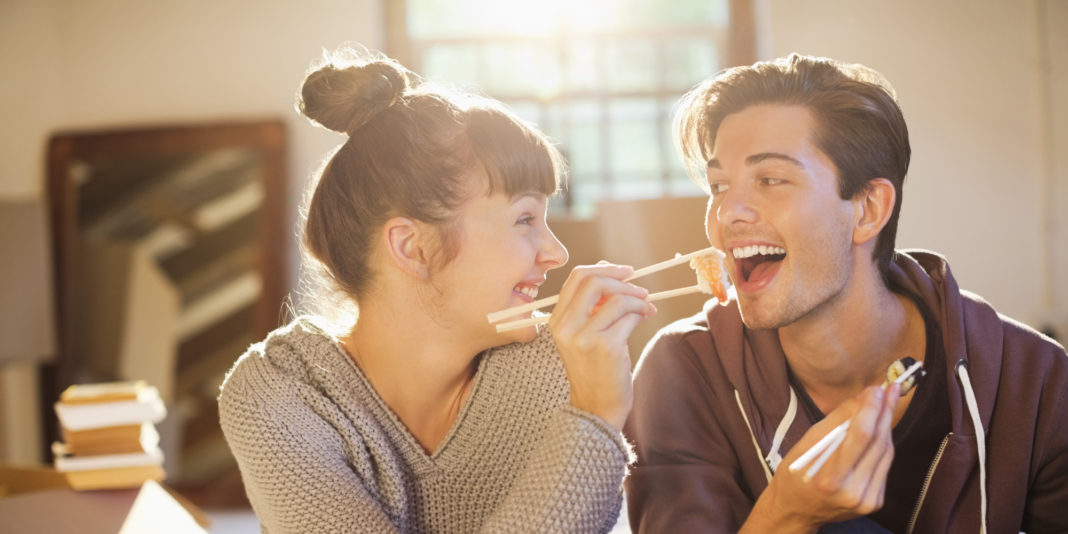 Figure out each other’s weird habits, and make a plan to address them ASAP. This is one of those things we don’t think about until we’re face to face with them. Have a roommate that lives and dies by the table coaster? See if there’s room for negotiation, and if there’s not, come up with a plan to deal with it. If you choose to wallow in silence instead, be prepared for the impending argument that will stem out of nowhere and explode into something that could have been avoidable. Do yourself a favor and have an honest tete-a-tete about the “cute habits” that your new roomie will be bringing into your living space. 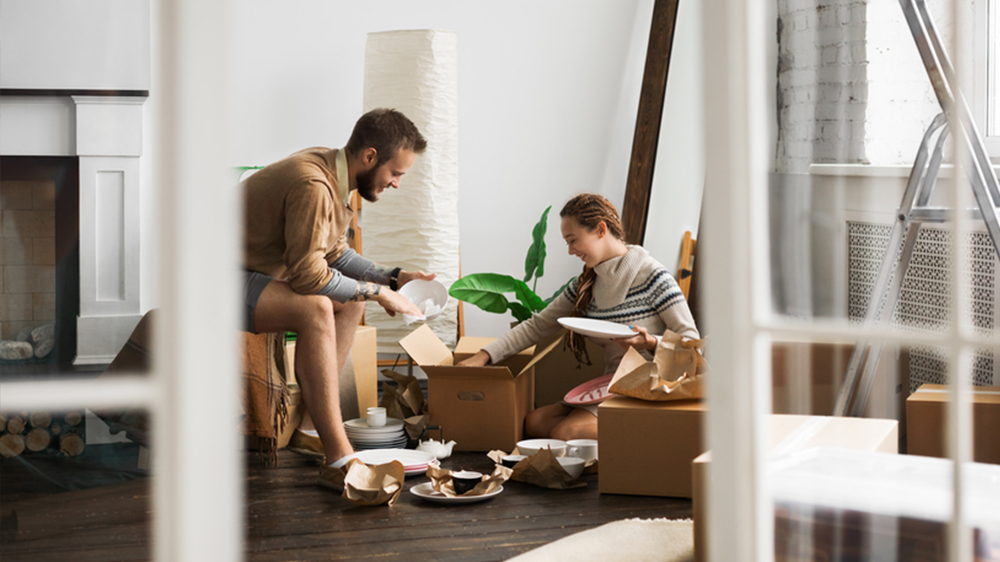 Now this varies depending on who you are living with. If they fall anywhere on the friend spectrum, create boundaries and make them clear from day one. Even lifelong BFF’s can have disastrous fallouts if they feel their boundaries are not respected. The exception to this rule is the married couple. Congratulations, you are now entering a world where there is no longer his or her space. Instead of focusing on boundaries, put your effort into communication. It’s a complicated dance, but make it clear to your spouse what your expectations are for when you need some time alone in the house. 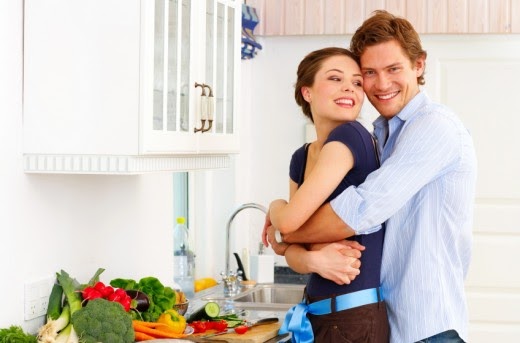 Speaking of putting effort into communication, remember; regardless of how long you have been married, or how far back your friendship goes with your bestie, you cannot read each other’s minds! If something is bothering you and it pertains to the person you share your space with, then communicate. Walking around each other on eggshells when you’re upset about something is a sure-fire way to start avoidable house drama. Have more than one roommate? Then that’s even more of a reason to speak up sooner. The clearer you communicate about your issues, the more trust, and understanding that you will develop with your roommate. This is especially true for the newlyweds. Part of a successful marriage and living together is clear and honest communication. Do your living situation a favor, and start now.

Don’t Be a Slob 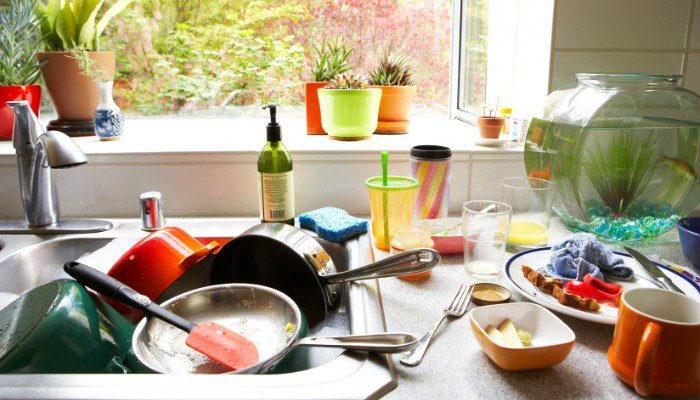 This is just standard common sense that your parents have tried to instill in you since day one. Now is a good time to put those lessons into practice. If you’ve got a roomie, be considerate of common areas like the living room and kitchen. Clean up after yourself, and everything else will be smooth sailing. For the married couple, you will get a pass on this now and then, and the passes only increase once children get thrown into the mix. You’re married, not roommates. You have committed to help each other out. Unfortunately, his mess is your mess and vice versa. Embrace it now, because you’ll have to later. 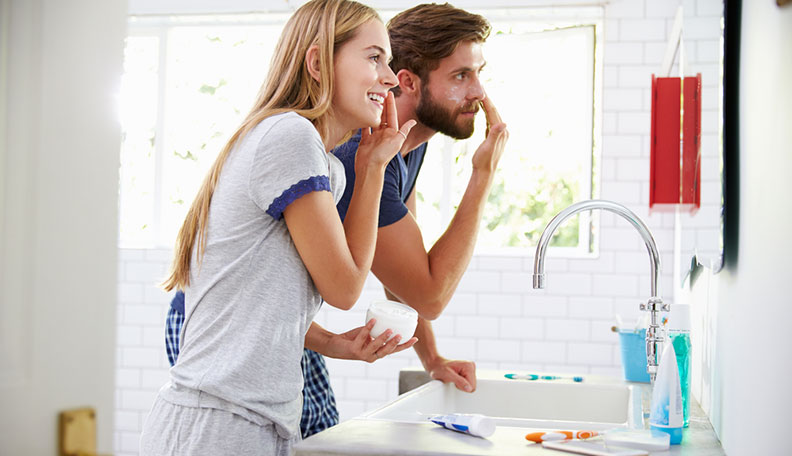 Yes, his star wars figurine collection is the most hideous thing you have ever seen, but if he loves his little dolls so much that he refuses to put them in storage and instead wants to display them proudly in your dining room, then you’ve got to throw in the towel. It’s exciting to move in with your new partner and want to decorate your space like an IKEA living room, but you have to consider that it’s not just your space anymore. Chances are, he’s going to want to put up some of his favorite mementos too.

You could disregard his feelings and argue about it, or you could sacrifice and show him that you care about his comfort too. If you really want to master the art of sacrifice, you could negotiate so that you both win. Maybe convince him to display his collection in a part of the house that isn’t the common gathering area. Perhaps a hallway, basement man cave, or hey, even the garage! (ha! If only it were that easy!). It’s all about respecting and supporting his hobbies, even if they are just really toys.

You Are Still your Own Person 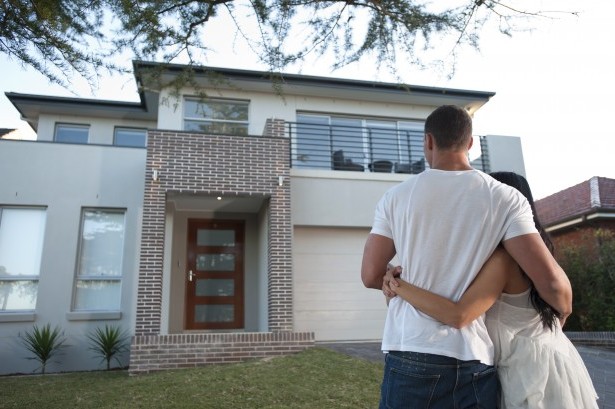 Just because you have moved in with someone, be it a buddy or your spouse, does not mean you have lost your individuality. You can still do all the things you did when you were by yourself. Just because your best friend lives in the same space as you does not mean you need to invite her to every event or outing you go on. When you bring home takeout, it’s ok to be selfish and not have ordered any for your roomie. She’s a big girl; she can take care of herself.

For the married couple, the same goes for you. A commitment to spend the rest of your life with someone does not mean that you have to do everything with them. Find time to catch up on your favorite shows, or have designated days where your hubby knows he needs to stay away because it’s girl’s night at the house. It’s ok to be independent and do your own thing in a shared space; the key is to communicate beforehand so that no one feels hurt or left out in the process. 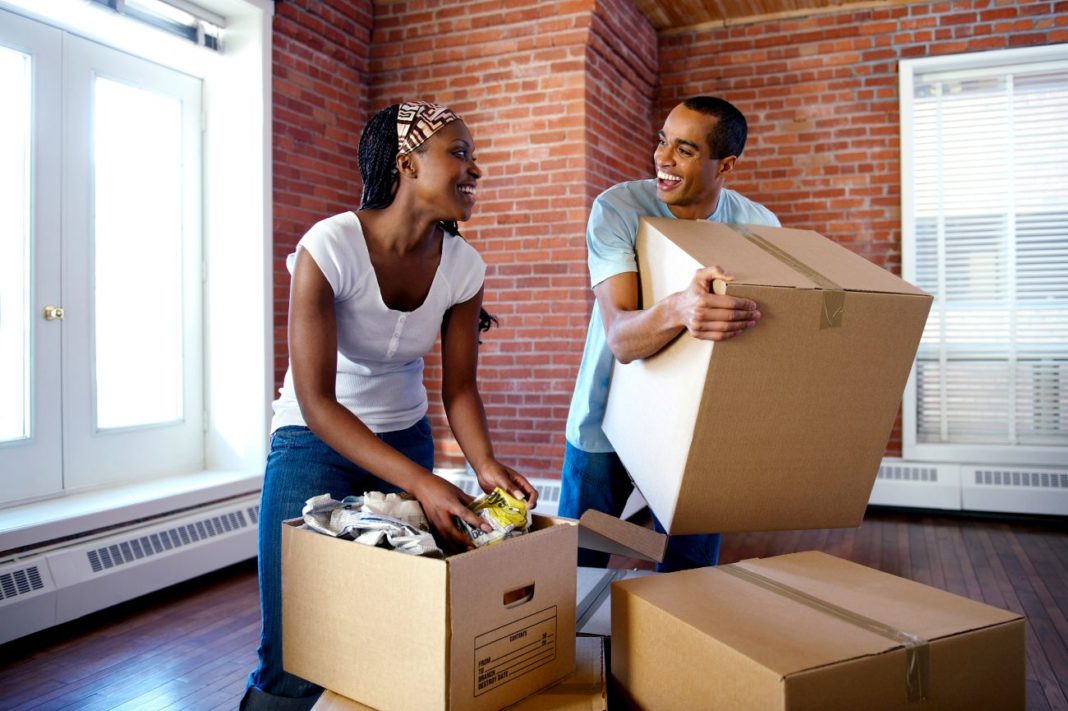 Finally, enjoy this new experience in life. Part of that enjoyment means getting to know your roommate on a more personal level. It’s not a bad idea to designate a day once every two weeks or even once every month for roommate bonding time. For the married couple, this bonding time will probably happen a lot more often than not, eventually paving the way for how you will naturally spend the days with your spouse.

Moving in with someone for the first time, no matter how close the bond is, never fails to bring with it a certain amount of stress. Instead of overwhelming or stressing yourself out, try out these tips to make sure this new chapter in your life is one that is met with excitement and happiness.