Is it really Halloween if you don’t watch any scary movies? 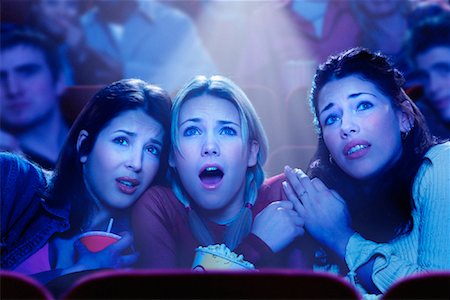 Do you love to be scared? Even if you don’t, there is nothing quite like bonding with some friends over a scary movie. And, with it being Friday the 13th, it is the perfect opportunity to get scared out of your mind. So, for your Friday night, lock the doors, bring the treats, and get a blanket to cover yourself because it’s about to get scary.

Loosely based on the real events of paranormal investigators Lorraine and Ed Warren, this tale gets creepy fast. Both films follow families who have been plagued by less than helpful spirits. If you want a scary movie that includes a good plot as well as plenty of jumps, this film is the perfect combination for you.

If you pride yourself on being into gory movies, Sinister might be a great option. This film follows an aspiring writer as he tries to solve a murder mystery, from inside the murder house. Plenty of gruesome scenes make for one gut-wrenching film.

Silence Of The Lambs

This time we are throwing it back to the classics. Not quite as scary as some of our previous movie options, but this film is sure to make your skin crawl. With a dynamite cast and a cult following, this movie is a great one to check out if you haven’t.

Shot in the 90s, this film was the first of it’s kind to use handheld cameras and equipment to make you think the movie is happening in real life. A crew of college kids goes to investigate the mysterious legends of The Blair Witch in the woods where she apparently dwells. No one expected it to be real.

7 Days. The voice on the other end of the line is sure to give you nightmares. The story revolves around a mysterious tape that was created by an extra special girl. The deal is you have seven days to show another person the tape…or you die. This classic horror movie came out in the early 2000s and is sure to peak your interest and instill some nostalgia.

The Woman In Black

Want to see Daniel Radcliffe in a movie other than Harry Potter? This film follows a lawyer who is sent to an eccentric town to put a deceased man’s house and estate in order. But, he soon realizes that something is very wrong.

This classic horror movie franchise has made millions of dollars and counting. The film follows the disturbed psychopath Michael Myers after he escapes from prison, where he was placed for murdering his sister. Make sure that you lock your doors before enjoying this one.

The 98% this movie got on rotten tomatoes is not to be taken lightly. This unnerving yet sometimes witty film follows a black man as he goes to meet his white girlfriend’s family for the first time.  Trust me when I say you won’t be prepared for the ending.

This might be a lesser known horror film, but its reviews don’t lie. The movie follows a sinister dinner party that goes horribly wrong. It will keep you on the edge of your seat, and leave you wondering what really happened.

In conclusion, there are so many scary movies out there to entertain and terrify you.  So grab some friends, and make a night of it. If you don’t watch at least one scary movie on Friday the 13th, did you even do it right?

For the best romantic comedies to watch with your girls, check out our article here.