The Groom That Did It All And Lived… 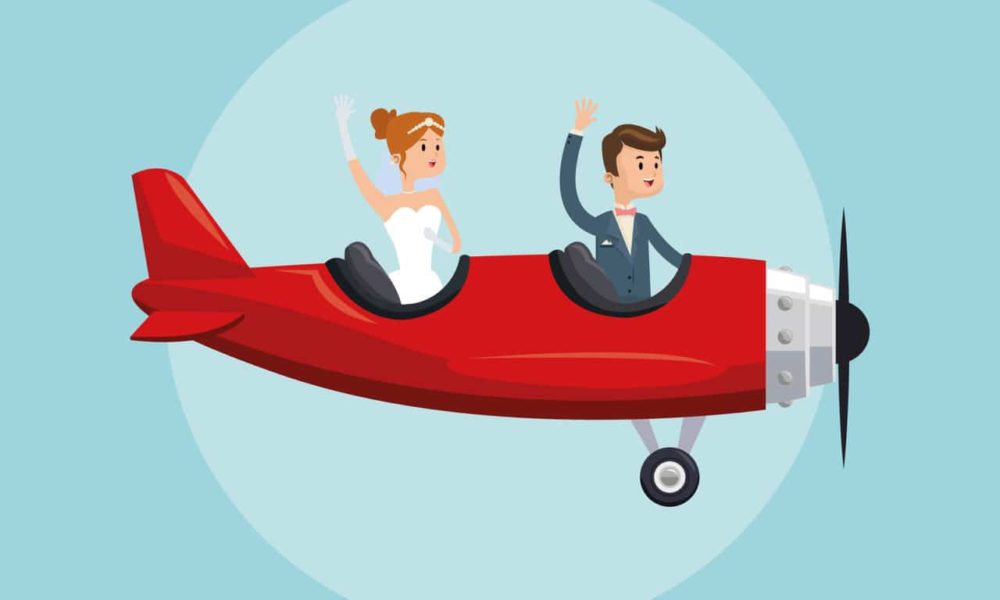 Psssstt… MEN, take notes!!! Could you imagine getting ready for a vacation to Athens? Packing your bags and getting excited to finally get a great and wonderful vacation to a place with culture and history. You and your groom to be request off of work and you’re about to embark on an adventure of a life time… Literally, in this case!

Meet the man that planned a vacation for his long time girlfriend, Nathaly Eiche. He planned a proposal and a wedding for his now wife on a flight to Athens, Greece. And boy, did he think of everything!

Now meet the lucky lady that had everything (be jealous) planned for her. She thought her flight to Greece would be rather normal until members of the flight started singing the song, ‘Marry You’ by Bruno Mars. It didn’t take her long to figure out that she was being proposed to by Jürgen. She had no idea that they would be getting married on that flight.

Not only did the passengers sing to her, the flight attendants hid Jürgen’s other secrets (the dress, flowers, rings, and cake), their family and her best friend aided in making the day happen. 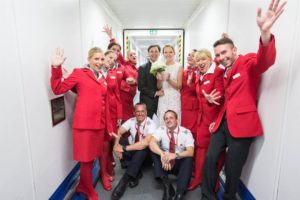 Nathaly quickly figured out that she would be getting married when her father appeared beside her to walk her down the aisle. Jürgen bought a dress and had flowers for his bride to carry down the aisle (the very small aisle) to make her his wife. He even had their family and friends there on the flight to witness their nuptials. 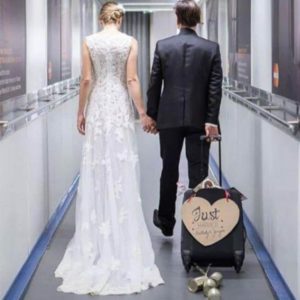 The get-away car was not a car in this case, it was a plane leading them to their honeymoon in Athens, Greece. He even had a sign that proclaimed that they had just gotten married to place on their suit case. How lucky is this bride?

Congratulation to the new Mr. and Mrs. Jürgen Bogner! Here is to a long and happy life together! All weddings should be exactly like this, because when you know, you know. An an engagement and a marriage all in one day sounds perfect to me!