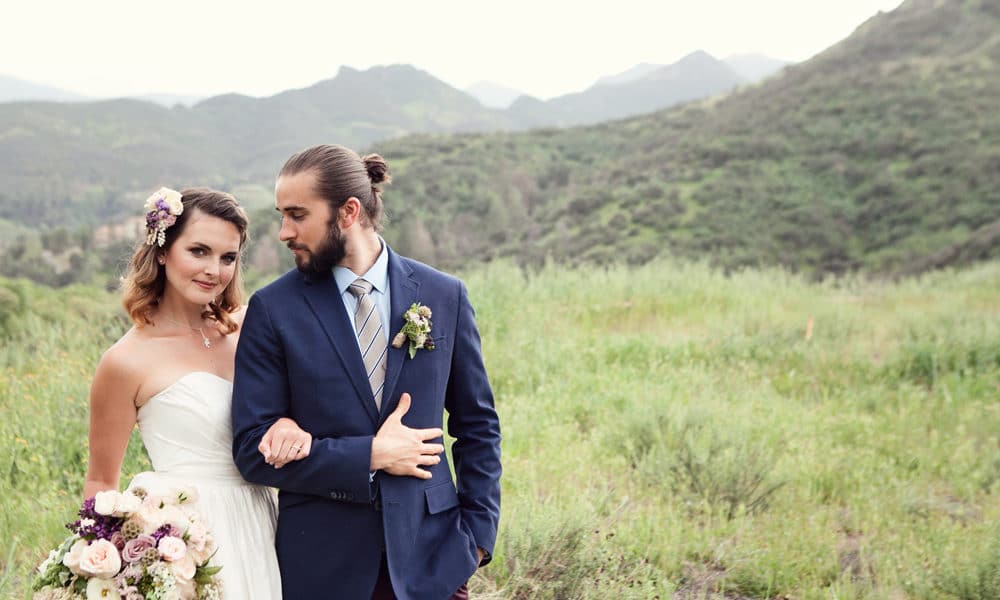 Dear brides who have men with an uncontrollable man bun obsession,

Ah, the ever so popular man bun.

Some call themselves a hipster with their infamous man bun. Others call themselves Thor and tuck away their gorgeous locks into golden perfection. Others have the “Hun bun”, half pulled up into a bun and the other part down (so basically Mulan, yes).

But instead of continuing to bug him and get on his nerves, maybe it is time that you accept the fact that he will have a man bun on your special day, whether you like it or not. So if you have to deal with it anyway, why not make his bun look as good as it possibly can?

Now for the women who love their fiance’s man bun, disregard everything I just vented about, and enjoy browsing through these handsome groom man buns that could fit your honey just fine for your big day! And for the reluctant brides that are trying to accept the whole man bun idea, I hope that you get a few ideas that you can learn to like from these hunky dudes below.

1. The Low and Loose Man Bun 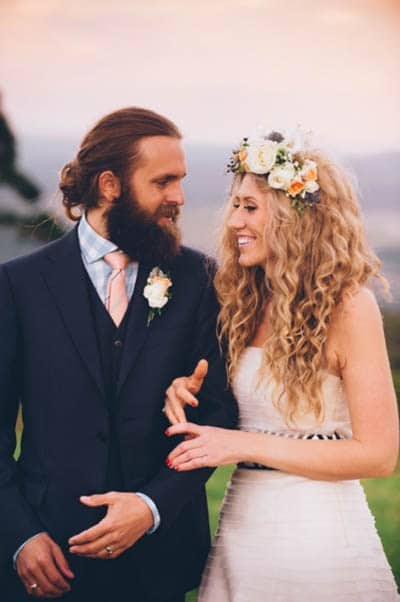 This man bun is perfect for the more gruff groom that looks like a lumberjack that should chop wood in a forest (and that is seriously a compliment). The long and thick beard is the best touch with the loose bun. Men can wear this bun up higher and looser if desired, but the lower it is, the more casual and attractive it looks! 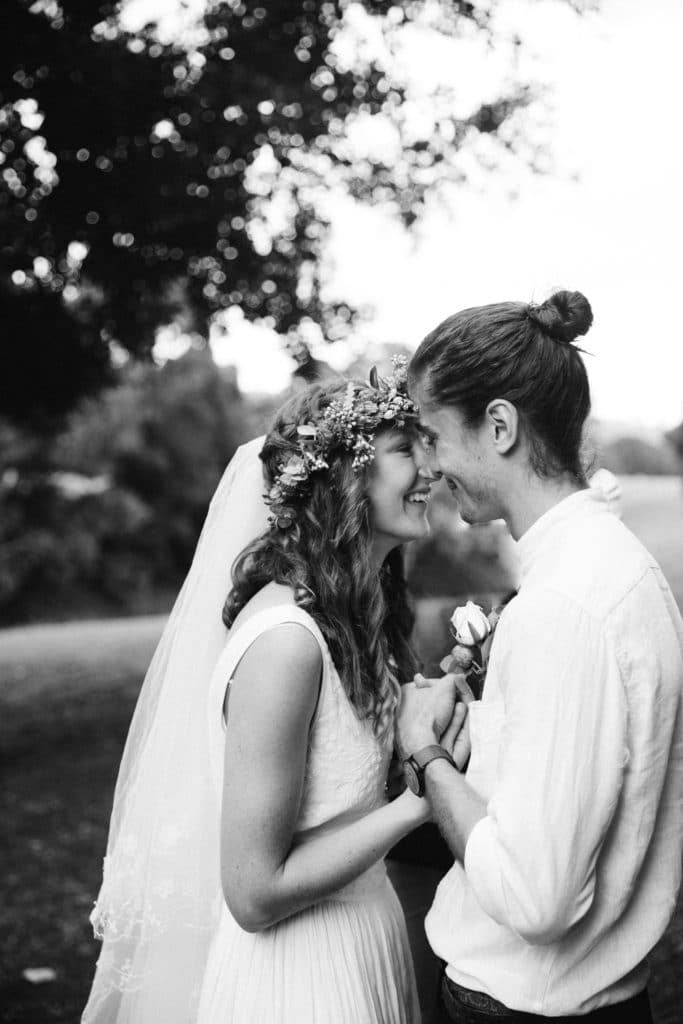 For the perfectionist groom, this bun is just the choice. Grooms should brush their hair completely back and pull it into an “almost bun” (start to pull through like a pony tail but stop halfway through). Then take the remainder and either wrap it around the partial bun with a hair band, or use bobby pins to pin it around (he might feel like he lost his man card if you put bobby pins in his hair, just saying).

3. The Epitome of the Hun Bun, Man Bun 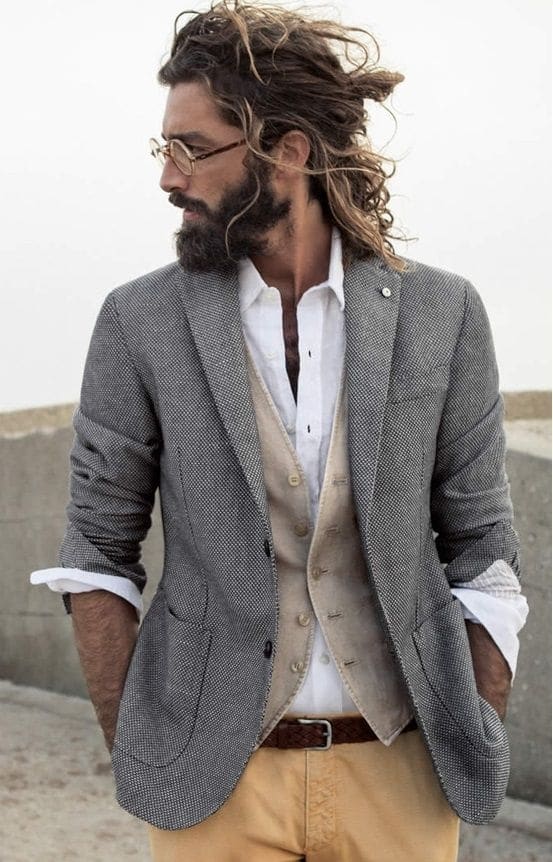 So basically if your better half has the most perfect hair with waves and curls like the pictured god above (that is a god, right?), then the Hun bun style will look incredible. While it does like a little bit messier and casual, it is great for any laid back wedding. With this style, you could do a pony tail or a bun.

4. The Barely There Man Bun 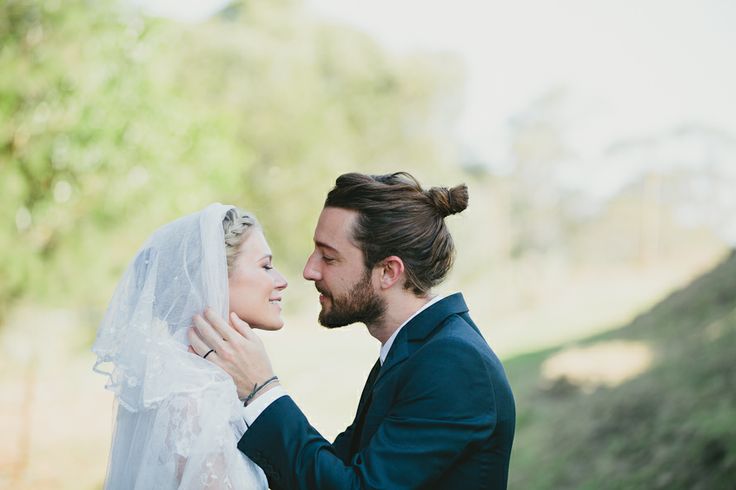 Alright, ladies. If you have that future husband that INSISTS on wearing a man bun daily, but can never seem to grow hair long enough to do so (or he is more on the thinner hair side), then this hairstyle might be just what he is looking for. Instead of forcing him to wear his hair down and having a grumpy groom, let him have his moment and pull what he has back into that rockin’ bun.

5. The Almost Pull Through Man Bun 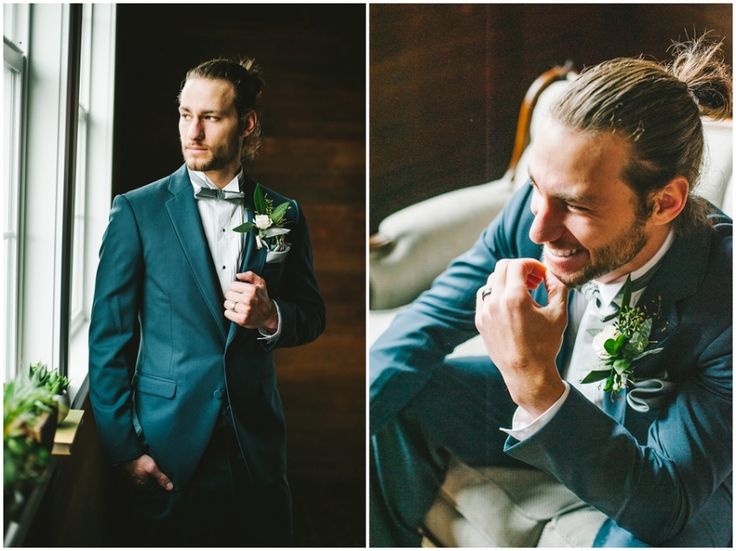 This casual, but classy, bun look is a wonderful style. Grooms should brush their hair back and pull it into a partial pony tail, and then just live it that would. They should not pull it completely through into a pony tail! Just enough to give it a little bump and the “oomph” it needs! Plus, a little stubble looks great with this look, so maybe not making him shave before the big day is a good choice! 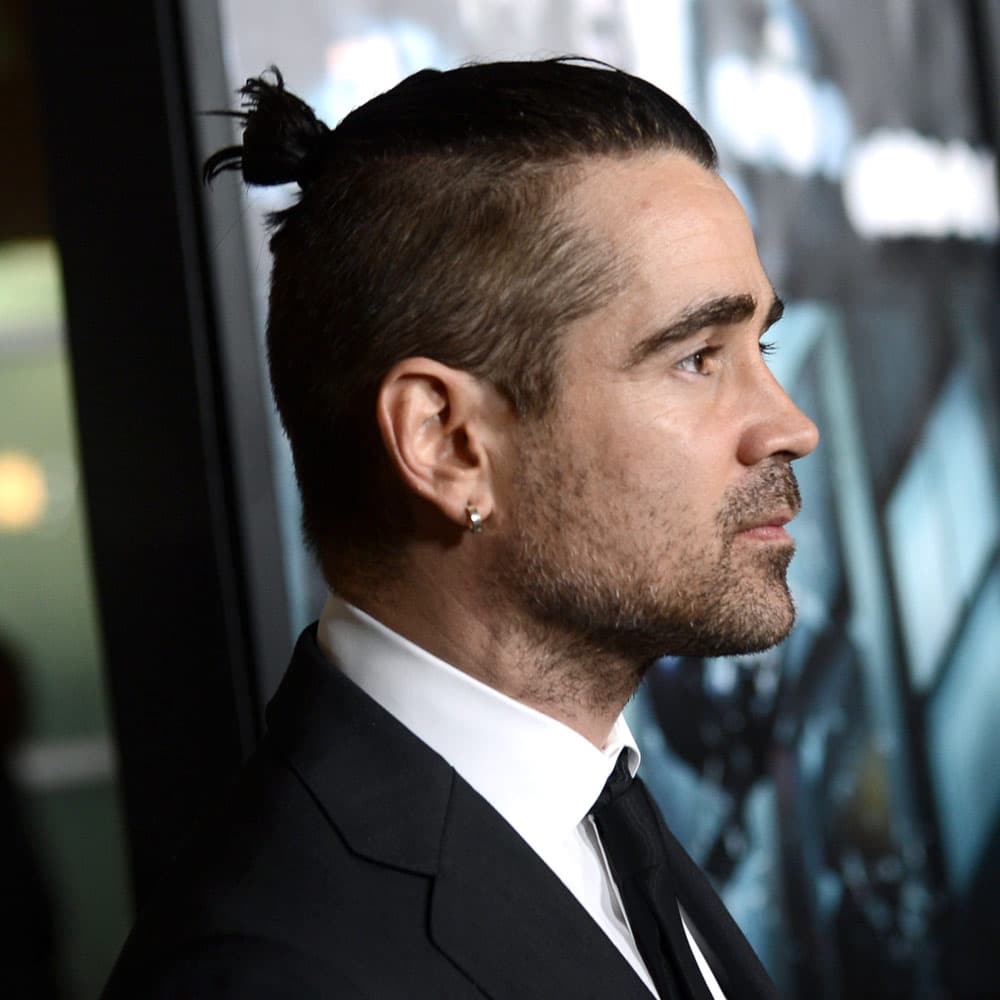 Okay, I get it. This is not a real groom. But there are many grooms out there that have the whole partial shaved look when it comes to hair! Instead of maybe just gelling back part of their hair for this fancy and special occasion, they can pull it back into a small, Almost Pull Through Man Bun. Just because they do not have thick Thor locks does not mean they can’t have the man bun they want! 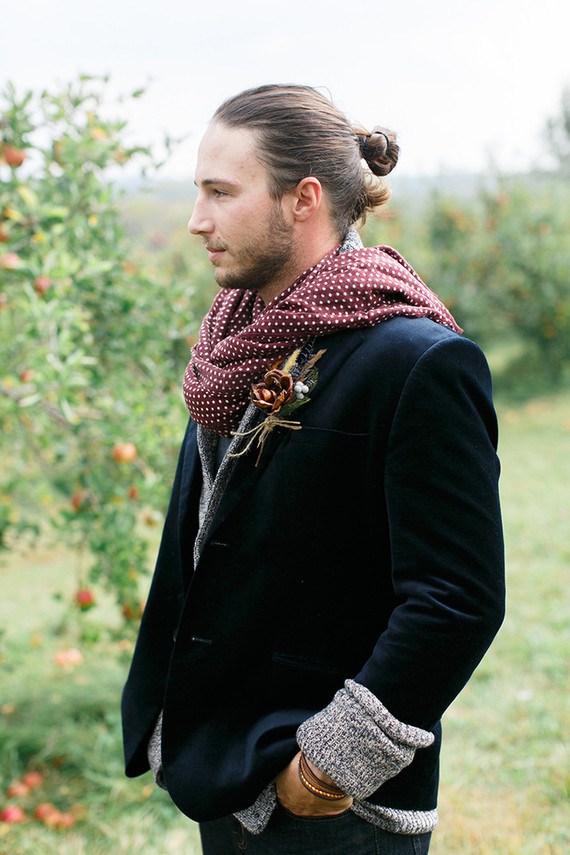 This fancy schmancy hair style gives a classy appeal to the whole “man bun” thing. The groom should brush back their hair and pull it into a pony tail. Then they should braid the pony tail and use a small, clear plastic hair band to tie the end. Then using another regular hair band, they should wrap the braid into a knot style. If they are not a fan of the braid, they could possibly try twisting it instead.

Still want more ideas? Check out the video below for some man bun tutorials!