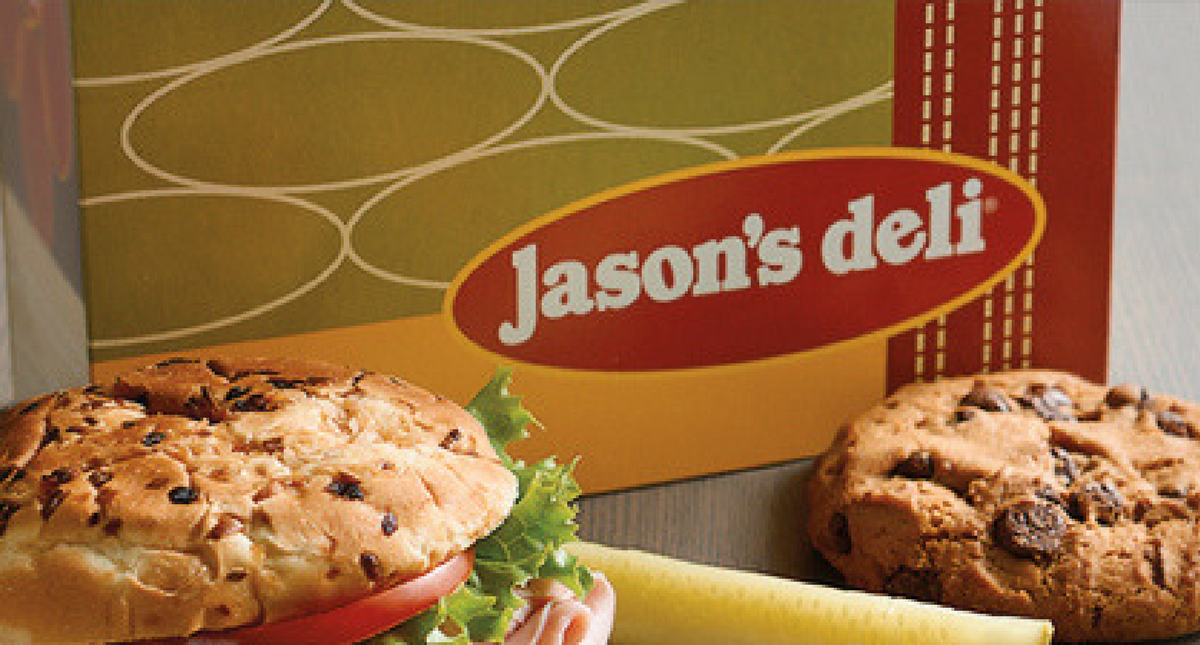 Jason's Deli is a family owned and community focused restaurant that serves guests at 275 delis in 28 states.  They focus on using wholesome ingredients and buying them from trusted partners.  Jason's Deli does not serve any food that has processed MSG, high-fructose corn syrup, dyes, artificial colors, or artificial flavors.

Jason's Deli strives to not use ingredients that take away from the natural flavors of their food. Their website says that they strive to make it easier for families to eat better.

Over the years Jason's Deli has won many awards.  The most recent ones are: the list for the 25 best fast-food chains in America for 2016 from Business Insider, 2016 Highest Rated Chain - Menu Variety and Healthy/Nutritious Food awarded by Sandelman & Associates' Quick-Track study annual Awards of Excellence,  2016 Best Practices Award from People Report and TDn2K, 2015 Consumer's Favorite Sandwich Chain awarded by Market Force Information QSR and Fast-Casual Rankings, 2015 20 Best Kid's-Menu Dishes by Parents Magazine, 2015 Cause Marketing Halo Award Winner, and they also won the 2015 and 2014 Chain Restaurant Consumers' Choice Award for Availability of Healthy Options for the Fast Casual Segment.

They divide their online menu into 4 categories:  Deli, Catering, Vegetarian, Gluten-sensitive.  Diners can choose from a wide variety of sandwiches, paninis, wraps, pastas, soups, salads, and desserts.  Jason's Deli is unique in that it offers free soft serve ice cream for people who eat there.

Some people have felt that the ordering can be a bit confusing.  You will need to go to the cash register and look at a handheld item and then order off of that.  I'm not sure if all of the locations are like that, but the ones that left feedback mentioned it could get congested and confusing if there is a line.  Many places that have you order upfront before you sit down, will have a menu on the wall so that you can choose what you want as you wait.

More Than Your Typical Sandwich Joint

"I'm not sure why, but I had always thought Jason's Deli was simply a sandwich place, similar to Subway or Quiznos.  But its so much more than that!! The place reminds me more of Panera in that they offer a sit down restaurant to eat their soups, salads, and sandwiches.  They even offer a salad bar and soft served ice cream!"

A customer reported that in Jason's Deli, you have not only two but many choices of soup to choose from.  The customer said,

"We came here for a quick dinner before our movie. I had their salad bar and my husband ordered one of their royale sandwiches. I also ordered a cup of chicken noodle soup and he had a bowl of broccoli cheddar. We liked that they have so many different soup options. Pretty awesome we weren't restricted to two kinds of soups and a soup of the day."

It's the Little Things

Extra added touches can mean the difference between going to one establishment over another.  When you find a place that you go to again and again, that says something. One customer explains why Jason's Deli is his favorite sandwich place,

"Really great place to sit down and eat for lunch. Some buddies of mine and I would go here probably once a week for the longest time. Nice atmosphere, great price, and nice people. My favorite and go-to sandwich is the Club sandwich. And I LOVE that they have Cholula hot sauce here! It's a big deal because I find that a lot of restaurant don't offer this hot sauce. I think its a great touch. It's the little things, I suppose. You should definitely try this place for lunch sometime."

The pricing at Jason's Deli seemed very fair and right on for what you are getting. For example, for $6, you get a loaded baked potato which might seem a little high. But from the reviews I've read, the baked potato is massive and super loaded up to take up the size of a dinner plate.

Anything free is my kind of pricing.  So keep in mind when you are finished eating, to keep some room for that free soft-serve ice cream.

The reviews that I read were overwhelmingly positive concerning friendly and pleasant staff.  There were some complaints here and there, but they were the in minority of feedback left for Jason's Deli.

Jason's Deli only uses healthy ingredients.  They serve guests at 275 delis in 28 states. One of the things about Jason's Deli that makes them stand out above the rest, is that they offer free soft-serve ice cream to all of their guests.  From the reviews that I've read and the menu that I've looked at, I found Jason's Deli to serve a variety of healthy foods at good prices.  The food isn't bargain priced, but for what you get, it is a great deal.  The service is good and the atmosphere is clean and inviting.  They have been awarded many awards including a special award for their kids' menu.  If you happen to have a Jason's Deli in your area, I would highly recommend checking them out.

For more reviews and information, check out our list of the Top 10 Healthiest Restaurant Chains of 2018.