10 Real Life Marriage Proposals That Will Give You The Feels 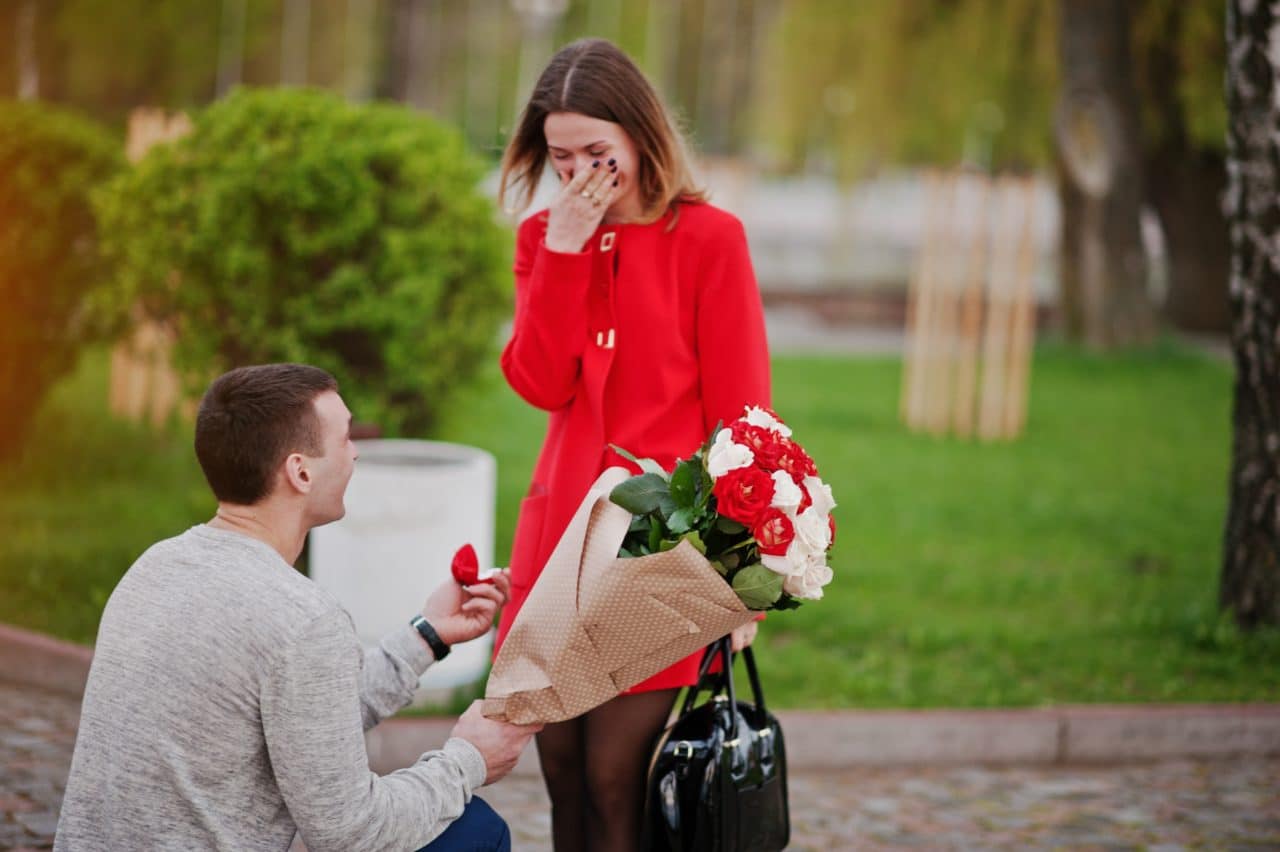 No matter if you are already engaged or are waiting for your man to pop to question, or even if you currently have no man on the horizon, everyone can appreciate a good marriage proposal. The nervous excitement of the boyfriend, the element of surprise, the general love in the air — it is a touching event to behold. Thanks to technology, we can catch a glimpse into the beautiful proposals of real life couples. So, live your marriage proposal dreams vicariously through these heart-warming examples!

Have you ever seen a look of more genuine joy than the one on Stephanie’s face as David proposed? And with her man in a suit asking for her hand at the place they first met, who can blame her? The actors and Starbucks staff helping out with this surprise proposal seem almost as excited as the couple and their family! “I’m in love and I can’t wait for the rest of my life with David,” says Stephanie. Her man responds, “I’ve got the best girl in the world. Look at that smile… it lightens up the entire room.” This couple is truly in love!

Wow, those views of nature were breath-taking. But not as breath-taking as when Damien poured out his heart to Mikayla. And pretending to film a music video as an excuse to bring a video camera along? I wish I had thought of that.

Speaking of music video, Sam took a similar route to propose to his long-time love, Jess. Friends since the age of 10, the couple starred in the film that was actually set up to capture their big moment! Sam proposed through tears, “You’re the sweetest, sexiest, smartest person I know. And you’re even pretty funny sometimes.” Jess couldn’t hold back the waterworks either. Oh and Sam’s cousin has some serious musical skills, even if the music video was fake.

“You made me ugly cry!” Don’t worry, Jess, this video forced us to have a similar reaction. In modern fashion, Michael used a question and answer video blog as a facade for him to surprise his girlfriend with a marriage proposal. And by her tears, it seems like he got the reaction he was looking for!

Even jokesters can be serious when it comes to marriage proposals! Emanuele not only performed a magic trick, but also proposed to his girlfriend. Her cards read “Elise, I love you.” and “Will you marry me?” Now I’d say that magic trick was a success.

This guy certainly has a lot of musical friends! The original song Austin wrote for his girlfriend had her practically in tears the whole time. The creative proposal attracted the attention of fellow travelers and airline staff who announce, “She said yes!” What a way to get picked up from the airport!

Planning a flash mob proposal is one thing. Doing so at 30,000 feet is an entirely different story! Yudith looked a little skeptical until she noticed her boyfriend joining in on the action. And she couldn’t help but say yes!

Even something as silly as Jimmy Fallon’s Whisper Challenge can become a proposal with just a dose of romance! And the look on Carly’s face as she realizes what Sean is asking her (and can’t believe it) is priceless.

The couple featured in this adorable wedding proposal did not reveal their names, but their story had to be included in this list because it doesn’t get much more tear-jerking than this! This woman was already crying after hearing for the first time due to a cochlear implant. And the tears just continued to flow as her boyfriend proposed soon after.

Under normal circumstances, a late call right before the end of a shift would be enough to make even the most passionate paramedic grumble. But Emily’s cheerful attitude paid off when this “call” was actually a marriage proposal! It’s so touching to see that Nik’s family loves Emily as much as he does, with signs such as “Will you be my daughter-in-law?”