In It For The Long Haul: Michael J. Fox And Tracy Pollan

Happily ever after can still exist in Hollywood. 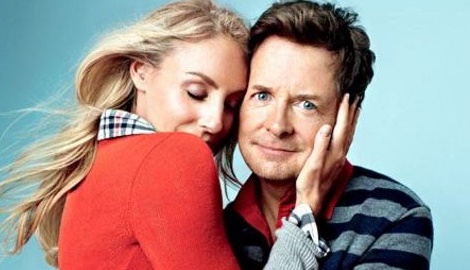 With divorce rates sky rocketing these days and celebrity couples tying and untying the knot at record breaking paces, it’s refreshing to hear of a couple that took their vows, til death do us part seriously.

Actor Michael J. Fox and his actress/wife Tracy Pollan are one couple who have seen their share of life’s challenges yet have remained loyal to each other.  Celebrating 29 years together is no small feat in an industry plagued by on and off relationships among celebrity couples. Fox and Pollan were married in 1988, just shortly before Fox was diagnosed with Parkinson’s Disease in 1991. The star duo has four children together. Son Sam Michael was born in 1989, twin daughters Aquinnah Kathleen and Schuyler Frances arrived in 1995, and the youngest daughter Esmé Annabelle was born in 2001. Through the disease and life challenges, they have been there for each other every step of the way.

Pollan talked frankly about their marriage and the inevitable arguments that arise while interviewing with PEOPLE Magazine.

“There are so many times when you have arguments when you have things come up, and it really doesn’t have anything to do with what he did, or said – it’s how I am projecting that onto myself,” Pollan explains.

“A lot of times he’ll just say to me, ‘You know who I am, would I ever say anything to try to hurt your feelings? Just give me the benefit of the doubt.’ ”

She goes on to talk about how you have to trust that you have each other’s back and how it helps to have a sense of humor. “Giving each other the benefit of the doubt,” she says is very important though Pollan admits it’s hard work, “You just have to have the perspective that you’re behind each other’s back – and it helps if you can make each other laugh.”

Not only have they succeeded in making each other laugh but they make us all laugh too. When referring to their long marriage, Pollan jokes “It’s like dog years.”

“She claims that I speak in a tone that can only be heard by dogs. I speak, and I mumble. I speak in a kind of monotone rumble, and she can’t hear me. She’ll say ‘why didn’t you tell me?’ and I’ll say ‘I gave you a whole speech about it.’ She’ll say ‘I didn’t hear you. Speak up.'”

When asked if his wife does anything to get on his nerves he doesn’t hold back explaining that he is an optimist while his wife is a realist. “If she gets a blister on her toe, her foots coming off,” Fox jokes.

Pollan and Fox first met when they were both starring in a TV sitcom called Family Ties.  At the time Pollan was in a five-year relationship with Kevin Bacon. On the show, Pollan played the role of the girlfriend to Fox’s character.  After later meeting again on the set of Bright Lights, Big City they started a relationship shortly after and the rest is history.

Agitations aside, the happy couple cemented their years together with pizza in Brooklyn.