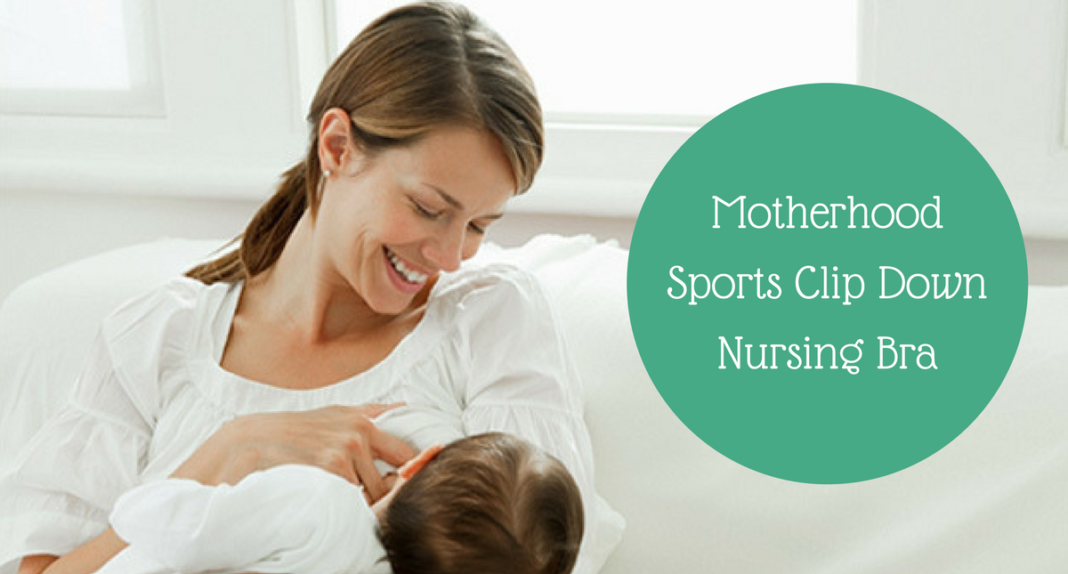 There were mixed reviews concerning the sizing of this nursing bra. Some women found the band was too tight compared to the cup size and vice versa.  It really is important to get the right size with any bra.  One woman describes her experience with sizing and the Motherhood Sports Clip Down Nursing Bra as,

"I originally tried this bra on at a Motherhood Maternity store in a large, since I'm a 36D normally. The straps cut into my shoulders when I tightened them up enough to feel supported. But then, I tried on a medium, and I'm in love. Awesome bra! I feel supported, but feminine in it. I just wish they also made it in a pale color to wear under my light colored tops."

The straps are thin. Some women like this while others felt like the straps cut into their skin because they were so thin.  While thick straps can feel comfortable and supportive, thin can allow you to wear a wider range of clothing without the straps being seen.

One woman commented this about the straps,

"I was looking for more structured nursing bras, so I went with a sports bra. I was a 32DDD before pregnancy and am now a 32H. The medium fits pretty well! I kind of wish the straps were thicker, but I do like that this isn't racerback, and I can wear it with wider neck shirts."

I have yet to come across a wired bra that the majority of pregnant or lactating women found comfortable. The Motherhood Sports Clip Down Nursing Bra is wireless.  Here is a comment about the wireless feature,

"Very sturdy bra. I like lots of support but hate underwires. This bra fit perfectly, it even acts as a bit of a push-up! Great value!"

The padding of this bra is an important feature for women who don't want anything showing through.  Here a woman comments on the padding,

"The band is very wide, fits firmly, but doesn't squeeze or bunch. It offers a lot of support & lift! Padding is thick enough to keep anything from showing."

This bra scored well on the comfort level.  In the end, comfort is going to matter a whole lot if you will be wearing this bra often.  Here is what one woman shared about the comfort factor,

"Favorite nursing bra!!! It’s all I wear!! Doesn’t bend weird after folding it down throughout the day. So comfortable!"

The Motherhood Sports Clip Down Nursing Bra is affordably priced.  It's not bargain shopping priced, but also not on the high end.

The Motherhood Sports Clip Down Nursing Bra has some nice features including being affordably priced, comfortable, wireless, and well padded.  The straps are a little thinner than some women liked, though others approved of the thin straps because they could wear more options of clothing without straps showing like they would if they were thicker. If you are looking for a low to moderately priced shelf nursing bra, then you may want to try the Motherhood Sports Clip Down Nursing Bra.

For more information and reviews, check out our list of the top 12 nursing bras.