The Traditional Wedding Processional Order (and how to mix it up) 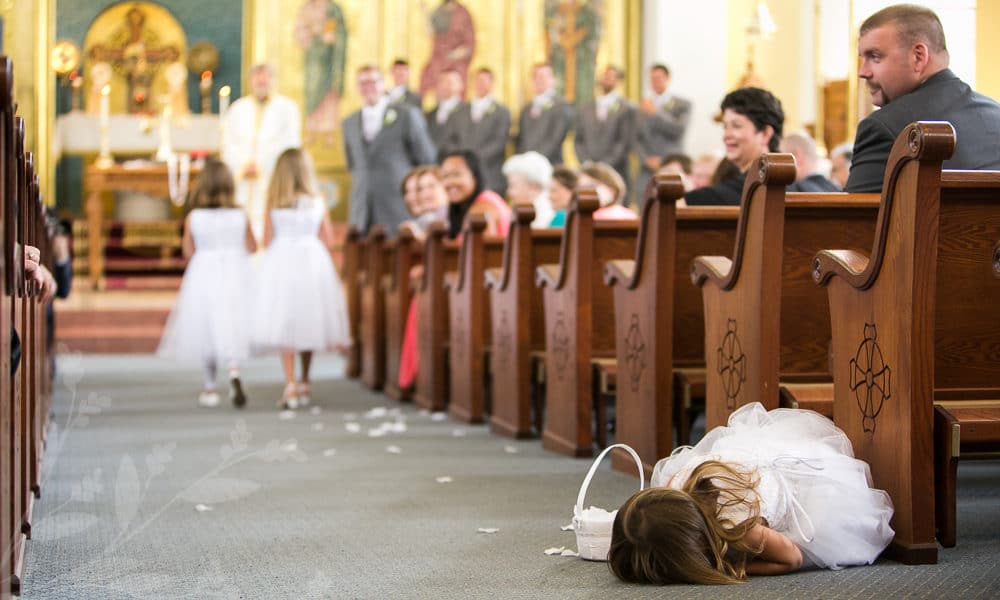 When the phrase, “walking down the aisle” is uttered, it is usually in reference to the stroll a bride takes in between rows of friends and family, on the arm of her father, and toward her groom at the altar. But in a traditional wedding affair, there are a handful of other individuals who also walk down the aisle to kick off a wedding ceremony. While they may not be the star attractions, these individuals are very important to the bride and groom, and are thus very important to the wedding as a whole. This portion of the ceremony is called the processional, or the formal entrance of honored guests. If you are looking to follow traditional guidelines when it comes to the processional, or even if you don’t care and just need to figure out how to get all the necessary people to their designated positions, look no further! Below is both the traditional wedding processional order, along with some suggestions for brides trying to mix it up.

Grandparents of the bride 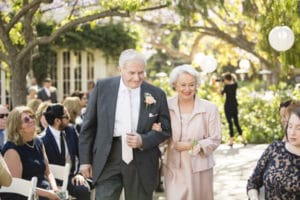 When the bride’s grandparents begin walking down the aisle, the music should switch over to the carefully selected processional melody. They serve as a signal for guests to take their seats and quiet down.

Grandparents of the groom 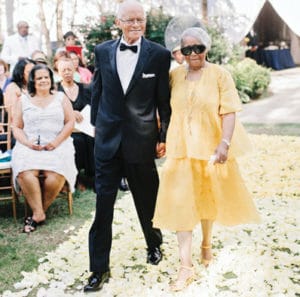 Also helping to kick off the festivities are the groom’s grandparents. They typically take their seat on the opposite side of the bride’s family members.

Mother of the bride 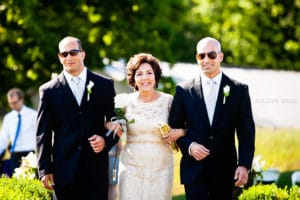 Parents of the groom 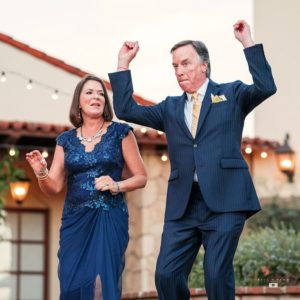 Mimicking the grandparents, the groom’s mother and father follow the bride’s mother in the traditional processional order. 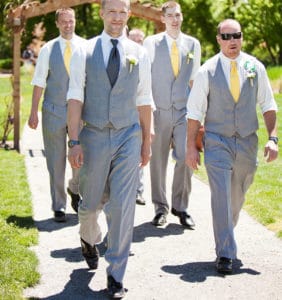 Next come the men. After completing their duties as ushers and general assistants on the wedding day, the groom’s leading friends can enter the ceremony from a side door, the far side of the right aisle, or right down the middle. The best man can approach the altar either with the other groomsmen or separately from the group. The group can also wait until it is time for the bridesmaids to enter in order to escort them down the aisle. 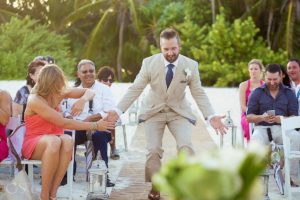 Following the male members of the bridal party is the groom. The groom can walk alone down the aisle or enter from a side door like his groomsmen. 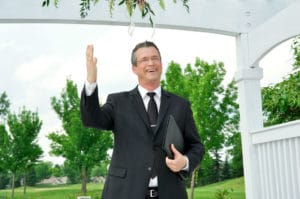 The officiant technically runs the show that is your wedding, and thus he or she is usually able to enter the ceremony whenever his or her heart desires. Officiants most traditionally enter after the groom or with the groom, but they may also choose to enter before any of the other honored guests. 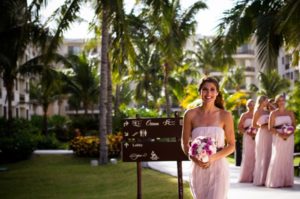 The bridesmaids signal to wedding guests that it’s about to get real. One-by-one, bouquets in hand, your bridesmaids will douse the venue with beauty to prepare guests for your unmatched grace. If your groom’s heart is not already pounding practically out of his chest, perhaps the last lady, your maid of honor, will do the trick. 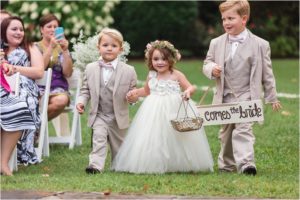 And just when your groom is about to faint with anticipation, the adorably rambunctious flower girls and ring bearers will bring a smile to the faces of all in attendance.

Bride and father of the bride 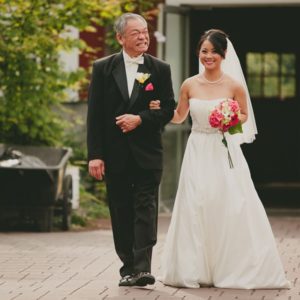 “Duh duh duh duh, duh duh duh duh!” (That was supposed to be the acapella version of the very popular processional melody “Here Comes the Bride.”) Finally, the moment everyone has been waiting for, the bride walks down the aisle, traditionally on the arm of her father. The crowd is wowed. The groom is in tears. The wedding processional was a success.