The Big Question… What Does RSVP Mean? 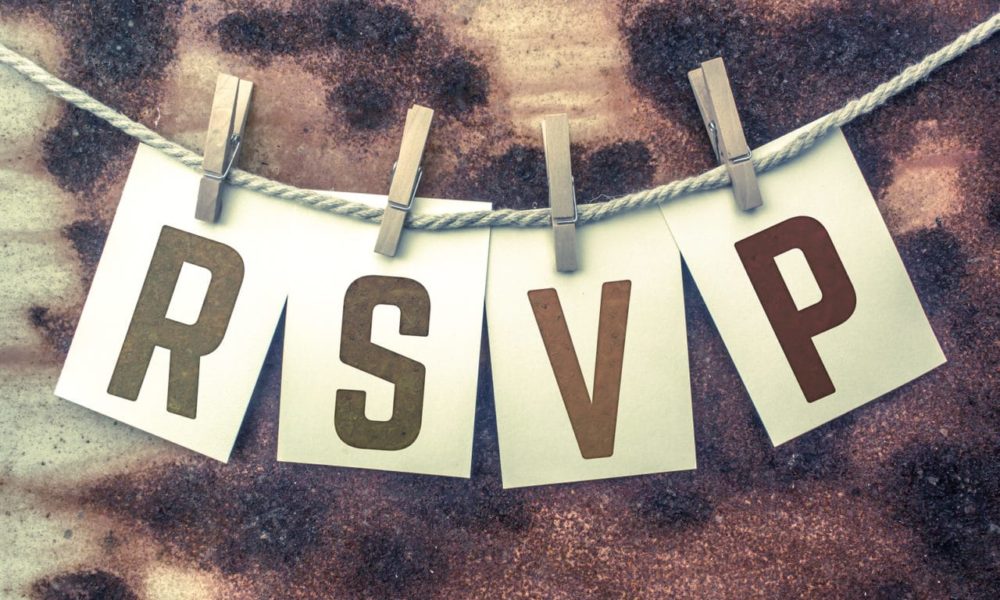 The big question here is… What does R.S.V.P. actually mean? We see it everywhere. We constantly see it on wedding invites, bridal shower invites, and baby shower invites. But do any of us actually know what it mean? More than likely, we don’t. So what does RSVP mean and what are the rules that go with it?

What Does It Mean? 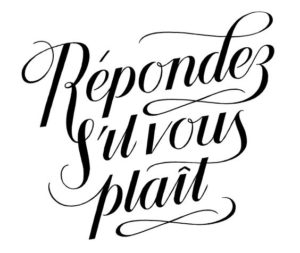 Répondez, s’il vous plaît. Wut. That wasn’t English! No, it was not. But ironically most of our language is derived from other languages. So that isn’t too out of the ordinary. It literally translate to “respond, please”, but saying it that way just sounds… wrong and almost incorrect. That is probably the reason we use the French cover!

This phrase comes from the French. The earliest occurrences are from 1845. Woah… Talk about old. Funny thing. Etiquette mongrels tried to wipe out the initialism in the early 1900’s. Check out any etiquette book from back then and you will see that the R.S.V.P. initialism was almost history. Apparently not history books! It is still being used today!

Répondez vite s’il vous plaît… So, R.S.V.P. may not have died in the early 1900, but R.V.S.V.P. did. Not must different from R.S.V.P., it means “Please respond at once” a more urgent form. This was considered to be tacky and in poor taste to urge those that were invited to respond and respond now. This was harsh and maybe even abrasive. Thank goodness it no longer exists. We wouldn’t want to seem rude! 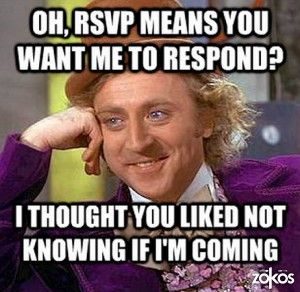 The etiquette of the R.S.V.P…. This is included in any invitation that is to be sent if you would like a response. This is the polite way to send out an invitation and request a response without actually saying it rudely. Be kind, if you ever receive an invitation, be sure that you respond to that R.S.V.P. in a timely fashion so that the host has an idea of who they should expect for their event.

In the yesteryear, the R.S.V.P. was a hard and fast rule that you must respond to let one know that you would actually be arriving to a certain event. But in today’s society, more than likely, if you don’t reply, the silence is taken as an acceptance unless otherwise specified. You wouldn’t ever show up at a party that you weren’t invited to, but you could if someone didn’t reply. 😉

Tip: Don’t be that person that doesn’t respond! No one likes that person! Especially not a stressed out bride waiting to hear back from her silent guests. You may get injured depending on the severity of the stress the bride is under. Just a warning! 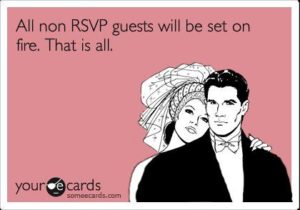 So now you have the low down on what R.S.V.P. actually means, where it came from, and how to use it. Now you have no excuse when you get an invitation not to reply back to the R.S.V.P. Whatsoever. This is a courtesy for those not only hosting the event but it is also in your best interest to respond so you don’t look like a complete and total flake! Don’t be that person that doesn’t respond! No one likes that person!