Why You Should Stop Trying To Find ‘The One’

Can there really be just one person out there for you? 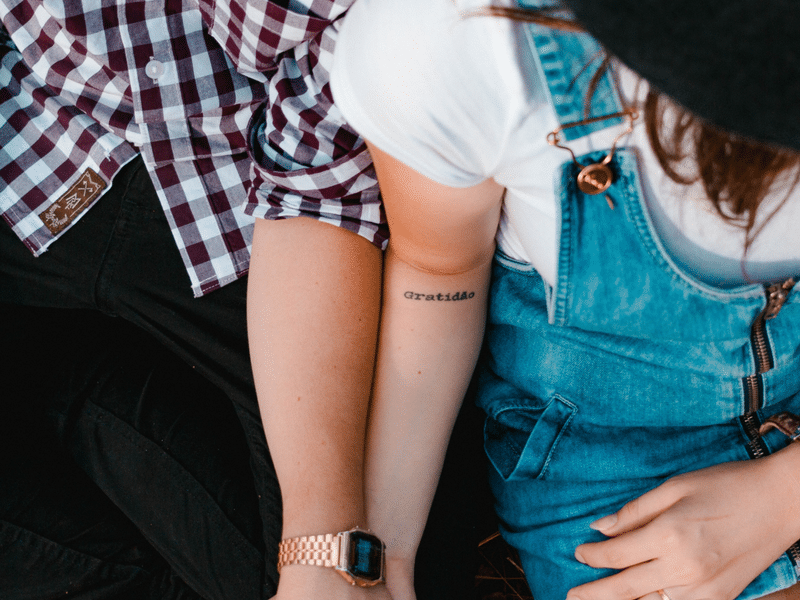 The question on everyone’s mind when they enter into a relationship is, is he “the one?” And I think in this article today we need to think about what that means. Is “the one” the person who will never let you down, who brings you fresh cut roses every day, someone who always puts the seat down? Is it an attraction that leads you to find your “one”? Is there only “one” person for everyone?

Ok, ladies, we have let ourselves believe these lies and myths for too long about finding “the one.” Not that there aren’t some relationships that are better suited for us than others, but, if you miss your shot with your “one” person, you aren’t going to end up living a life of suffering. So let’s debunk these myths of “the one” and see if you agree!

It Sets Unrealistic Expectations Early On

Sometimes you just need to take a chance on someone who doesn’t appear to be Prince Charming right away. So don’t turn down that cute but maybe nerdy guy who asks you out from your workplace, or the guy at the gym who isn’t as fit as you’d like. The whole point of dating is to get to know people better. Women, myself included, are always complaining that  great men aren’t asking women out because they don’t see them as their “wives.” But we are doing the same thing with our lists, expectations, and imaginations. We need to be realistic in setting our goals. Just because a guy asks you to dinner, doesn’t mean he’ll be the love of your life. But, you won’t be able to realize that by just one date. So give those guys in your life you don’t know as well, a fighting chance.

It Sets Unrealistic Expectations In The Relationship

In today’s culture, we pretend that love is dependent on how we are feeling. This is not true. There is a reason that romantic comedies only actually end when the couple finally gets together, but what happens after they spend more time together? What happens after the butterflies and excitement of a new relationship fade? There are going to be days where you can’t stand your husband, days you don’t want to be without your spouse, and days where you’re in between. Truly loving someone is putting their needs above yours. It’s putting up with someone on their bad days, good days, and in between days. So instead of running away from your current relationship because it just doesn’t feel right, try to stick it out.

It Puts Relationships On A Pedestal

It can be tough if you honestly believe in finding your “one,” when you’re still single. Because there are people out there that don’t get married or have long-term relationships, it doesn’t make sense that some people should get to have a happily ever after and some people shouldn’t. How would that even be determined? We all have different trials and burdens to bear in this life, and we don’t need to add another burden by constantly wondering if we have found “the one.” Your relationship or marriage is going to be so central and essential to your life, but it isn’t the main reason you were put on this earth.

It Makes You Feel Inferior

Have you ever been told that you weren’t “the one” by a guy as a reason for a breakup? This is a lie that has been fabricated by romantic comedies, cheesy 1930s musicals, and our culture, that believe if something is wrong with someone, they can’t be for you. Thus, you can get out of the relationship without feeling too bad because they just weren’t “the one.” Because how do you argue with someone who thinks you aren’t “the one?” And it leaves you to binge watch P.S. I Love You and gorge yourself on Ben and Jerrys.

But those feelings of insecurity, of not being his “one,” can haunt women for the rest of their lives and cause them to doubt the beautiful parts of themselves. If you have been told by a man that you aren’t “the one” or marriage material, that is not true. You should be lucky that you got out of a relationship where someone couldn’t appreciate all you had to offer.

A romantic comedy that makes me physically sick to my stomach would be Serendipity, and it’s not because I don’t like some John Cusack. It’s because both of them end up leaving their engagements and even running away from their weddings because they think they are missing out on their soul mates. But how would they even know they were each other’s soul mates when they only spent one night together?

I think that when marriages start to fall apart, and people seek relationships outside of marriage or another relationship, they justify it by saying “Well, I just don’t think that person is ‘the one.’ ” But why would your real soulmate want to date you while you’re cheating on your wife and girlfriend? I know that this might sound cliche, but love is a verb. We choose every day to love someone despite their flaws and setbacks. We opt to get up in the morning and say, “You’re not perfect, but neither am I.” You don’t leave someone you love just because they’ve not been as exciting lately.

No One Is Perfect

The myth of “the one” pretty much states that for them to be “the one” they need to be ideal for you in every way. But who can even realistically compete with that? We have to learn to appreciate the flaws and challenges that make someone up. And would we as women want to live up to being perfect for someone? It’s not as fun when the shoe is on the other foot.  Again, true love is loving someone despite their flaws. True love is seeing who someone can become and helping them get there.

There can be many more myths that we can debunk about finding “the one” or being “the one,” but I’ll stop for now.  I just hope that today, if you’re hoping to find “the one,” in a relationship with the potential “one,” or married to “the one,” that you try to love them better. That you peel back your layers of expectations, doubts, insecurities, and weaknesses, and realize how lucky you are to do life with someone by your side.

I would love to hear your thoughts on this article even if you disagree with me! Also feel free to reach out to us on our Facebook page, which you can find on the side of our website.