The Crazy Ones: Totally Not Normal Things People Did in Their Weddings 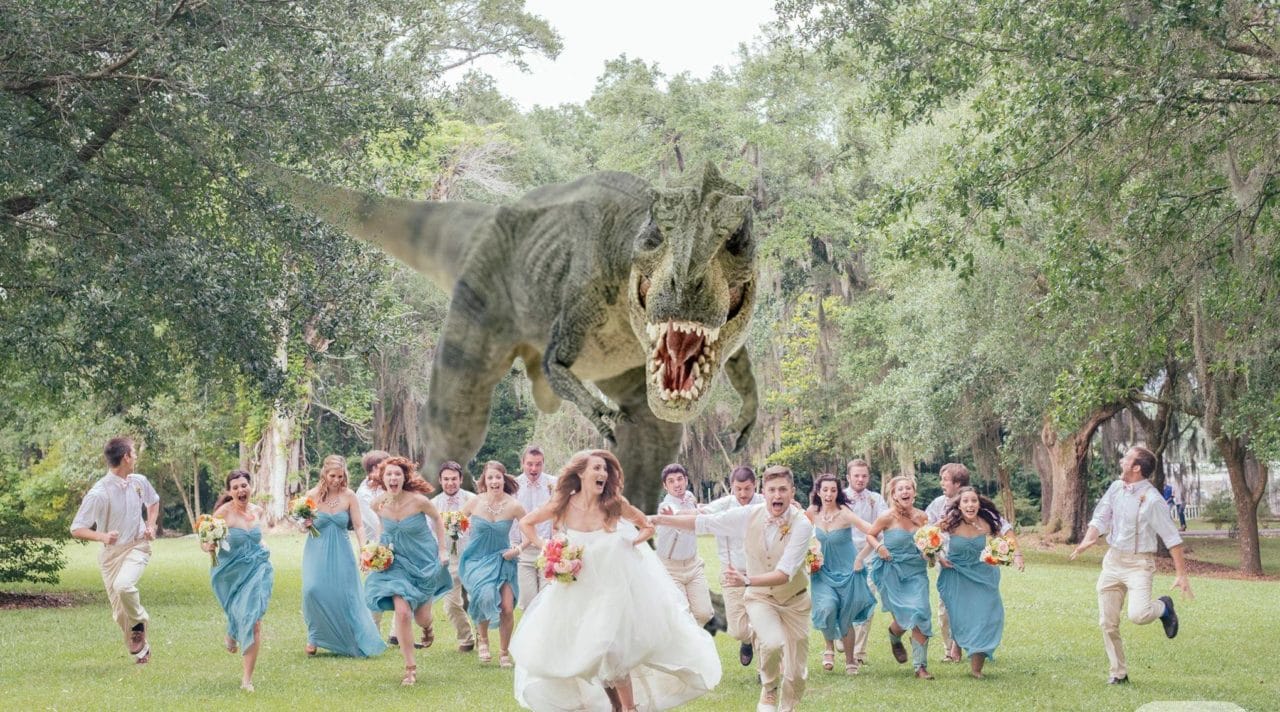 So in the end, it is up to you how you define the word crazy! And the same goes for this article.

This article is a compilation of some of the craziest things brides and grooms have decided to do for their wedding day. Whether it be themes, walking down the aisle, songs, food, etc., read on for some astonishing things that actually took place in people’s weddings!

1. The Oh So Famous T-Rex Chase 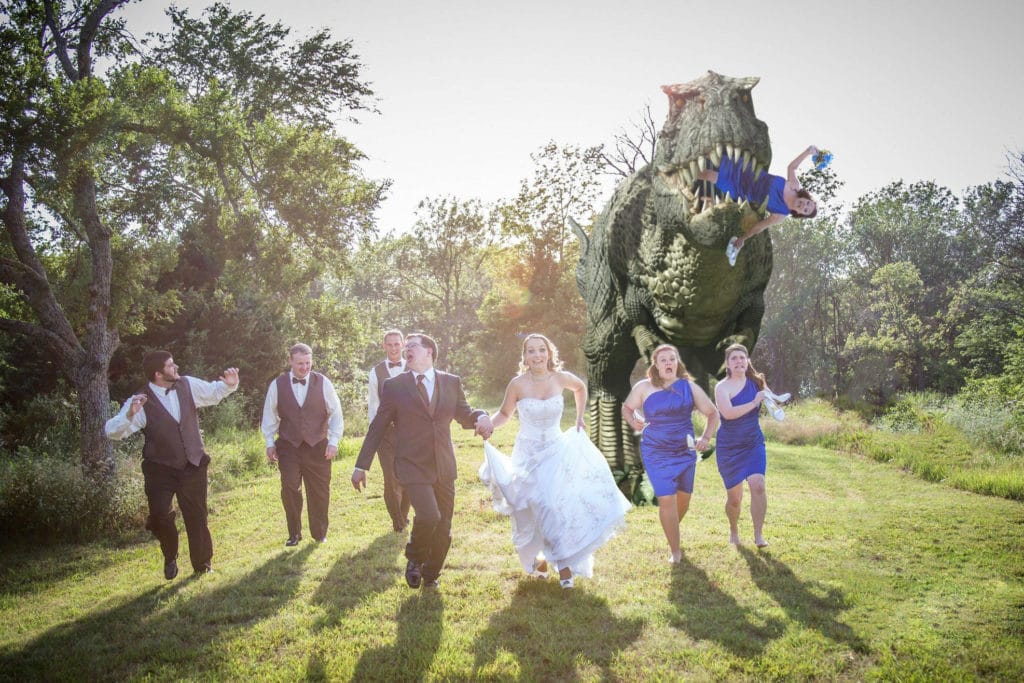 Okay, more than one person has done this in their wedding. So maybe it is not considered crazy crazy. But still, a t-rex chasing you and your wedding party in some pictures, and the t-rex even has a bridesmaid in his mouth in this photo, is not a normal thing that people do when posing with the wedding party. 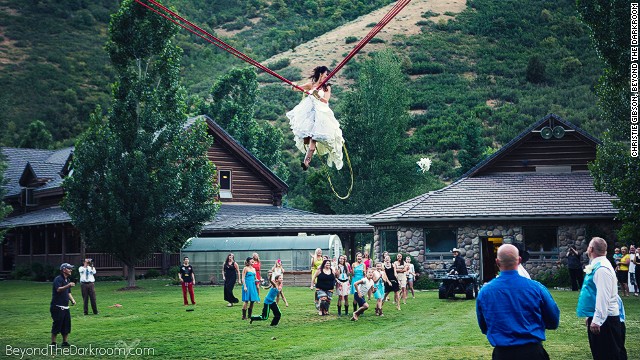 So apparently, a bride and groom decided that tossing the garter and bouquet at the reception venue was too boring. So why not attach your newlywed wife to a human slingshot and have her literally sling the bouquet to the crowd of single ladies? No big deal, guys. Click here to read more about this crazy event! 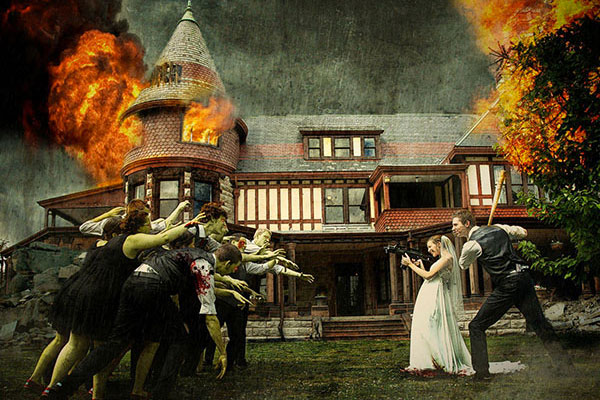 Who knew anyone loved the Walking Dead this much? This couple decided to show their love for the intense zombie television drama in the best way possible. By having their wedding party turn into zombies, obviously.

4. Groom Says No at Altar, So She Trashes the Dress! 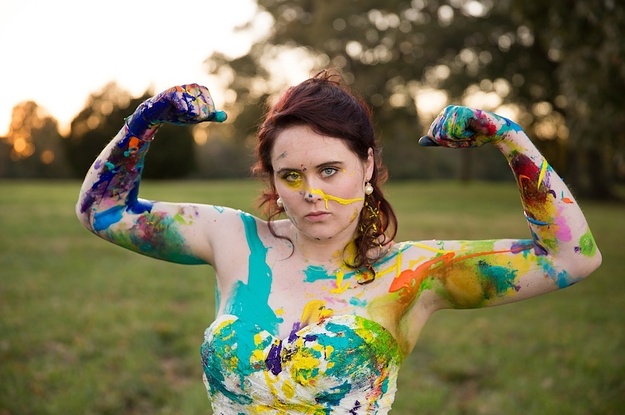 The story of twenty some Shelby is an incredible testimony to young broken-hearted women that are struggling out there. When her fiance decided to leave her at the altar a week before the wedding, Shelby did not sit around and mope and throw a pity party (even though she reasoning to). Rather, her photographer suggested that she throw a “trash the dress” shoot with her bridesmaids and family.

Boy, was she happy she did that! The pictures are stunning, raw, and hilarious. If you are interested in viewing more of her story or her awesome photo shoot, click here to check it out. 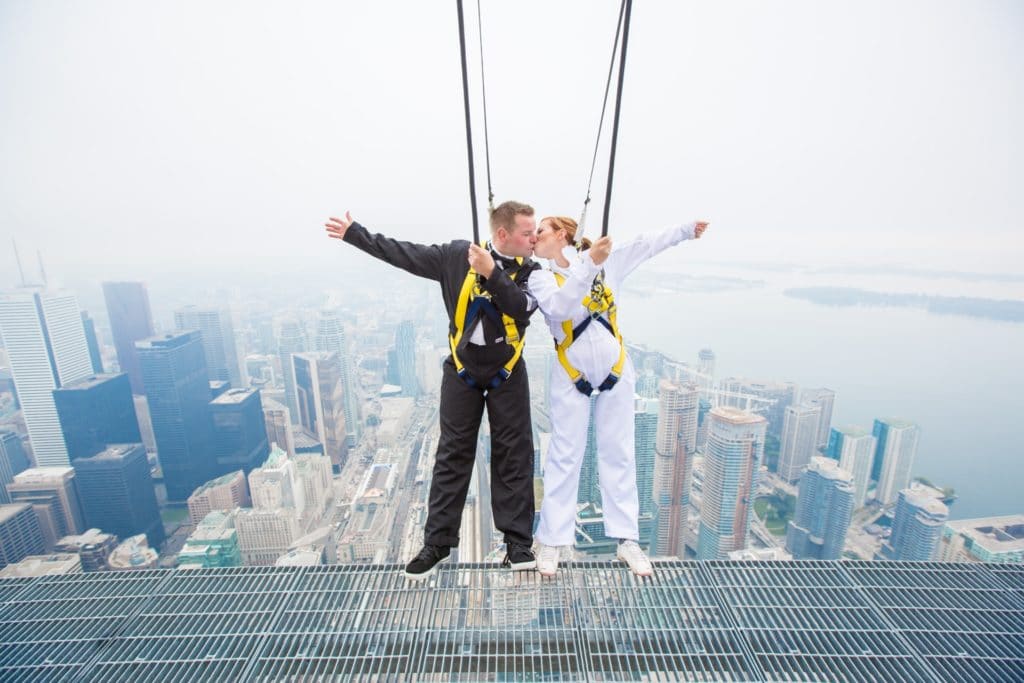 Lacy Boland and John Kirk are the definition of daredevils. This couple tied the knot on top of Canada’s tallest building, Toronto’s CN Tower, which stands one hundred and sixteen stories off the ground. Not only is this not the traditional way of saying “I do!”, but you could also categorize these happy newlyweds as crazy, for sure! 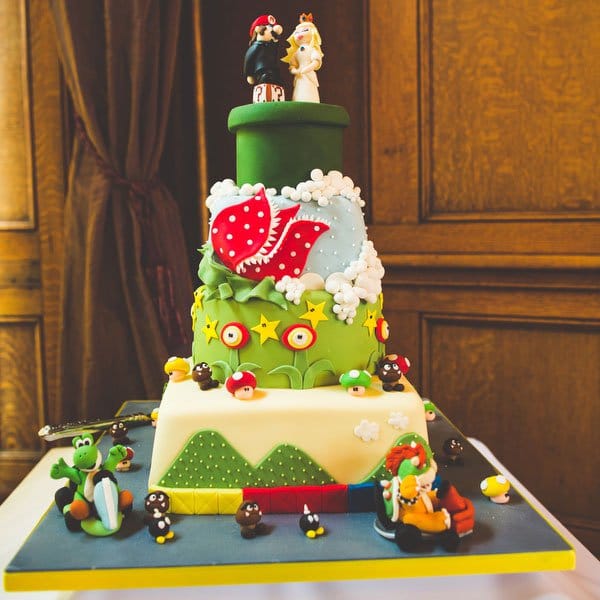 Even if you are an extreme gamer or Mario lover, decorating the cake after these cartoon characters is serious passion and commitment! I have a feeling that the bride was maybe a little reluctant when it came to agreeing on this cake. Or maybe vice versa with the groom! 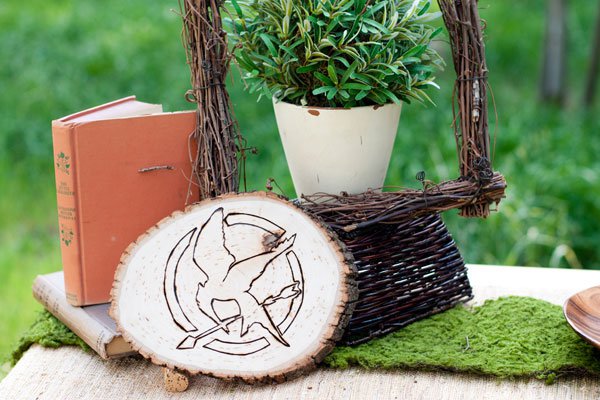 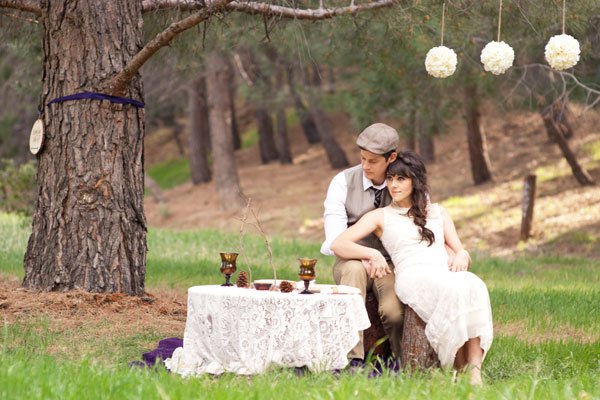 While Hunger Games is a movie series that centers around the idea of surviving and lots and lots of death (the irony), this couple took the theme of Hunger Games and turned it into something beautiful. This vintage, Hunger Games wedding decor and photos would make any Katniss fan squeal with delight!

8. The Wedding Dress of Jennifer Salvage 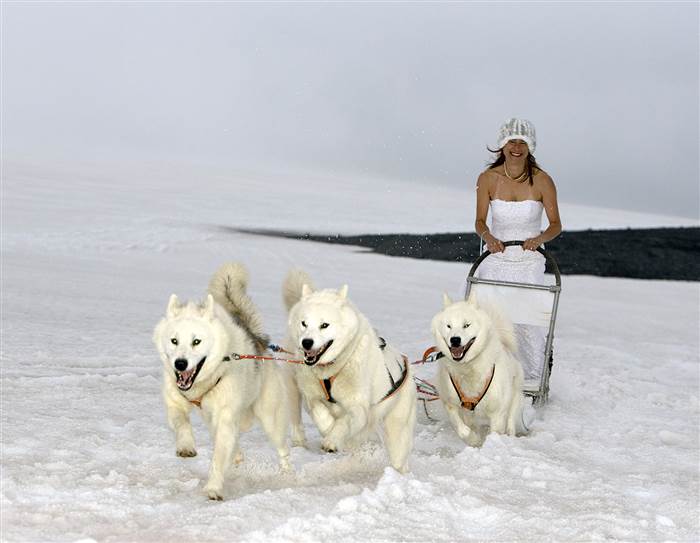 Jennifer Salvage is a world traveler, to say the least. When Jennifer married her husband in 2008, little did she know she would spend the next five years traveling all over the world in her wedding dress that was under five hundred dollars. Jennifer has worn this dress in Egypt, China, Italy, Hungary, and many other countries! To read more about her adventures, check out her story here. 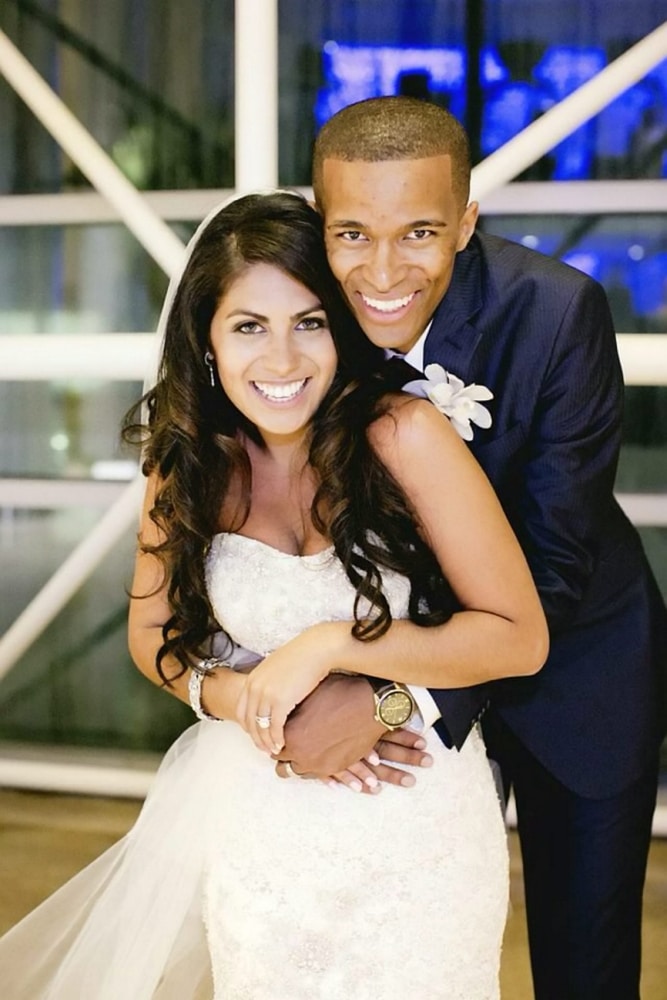 Amanda Roman was in for the surprise of a lifetime! Her boyfriend, Ryan Leak, proposed to her, and then surprised her with her dream wedding on the same day! He had researched her Pinterest board and secretly planned the surprise wedding. Amanda Roman was amazed at the effort and planning that went into the wedding, and was blessed to have the best surprise wedding anyone could ask for! Click here to read more about this insane, but amazing, wedding day.