Things to Keep from Your Wedding for Your 1 Year Anniversary 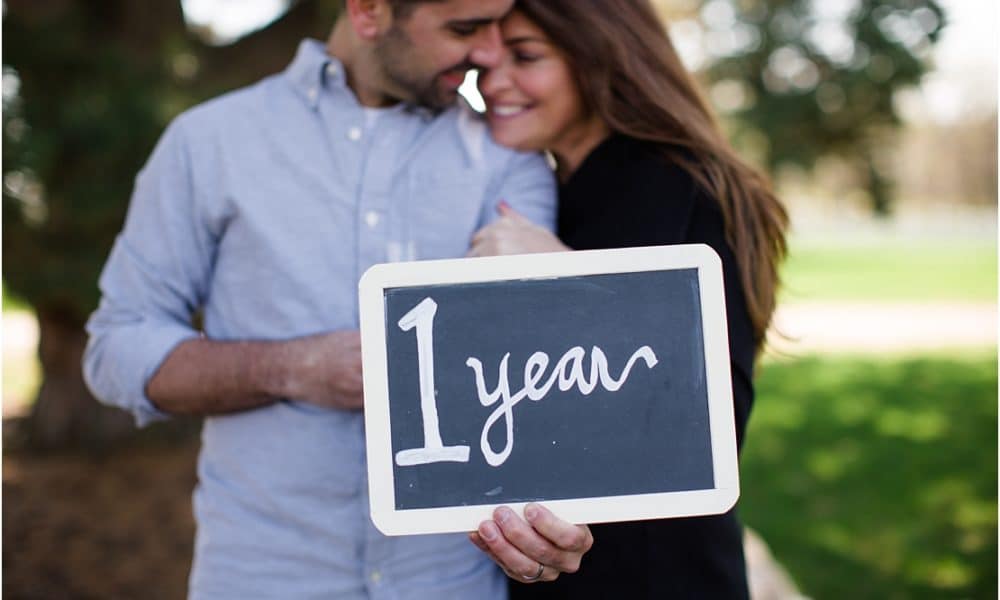 Now that you have most of your wedding planned out, why not continue your work for the future? By saving things from your wedding day, you can make your 1 year anniversary even more special. Here are some items that you can pick up on or before your day and place in a box to pull out on your anniversary.

Some thing that you can do either on your wedding day or before, is to write a letter. This letter will be so special a year from that time because it was written at a time when you two were not united in marriage. When writing the letter, be sure to be descriptive of how you are feeling and what you are hoping will happen in a year. It will be interesting for you and your spouse to look back and see what all you had accomplished since then and what you still want to accomplish. This letter is something fun and personal to incorporate in your 1 year anniversary box.

Have any leftover wine from your wedding day? By saving a bottle of wine for your 1 year anniversary, not only will it taste better with age but it will also bring back a physical sensation that you and your spouse experienced on your wedding day. Be sure to check out this cute, burlap bag to store your wine in at http://www.jdoqocy.com/click-8103931-10434570-1399038477000. This familiar sensation will take you two back to when you were all hyped on adrenaline because you both just made the best decision of your life.

By keeping a wine bottle stopper from your wedding, not only will it be awesome to find in the box, but it will also be able to be in continuous use after your anniversary. Your wine bottle stopper can be specialized by adding your monogram or a picture of you guys on it. This special gift to save from your wedding day is also a necessity to open that bottle of wine you have also been saving for a year.

Whether you guys went with cloth or paper napkins, monogrammed or plain, they will be fun to see when opening the  1 year anniversary box. It will also be needed if you or your spouse accidentally spill some of the wine. The napkin is more of a useful thing to put in your box, but it is still a good sentiment. You can find the beautiful napkins pictured to the right at http://www.jdoqocy.com/click-8103931-10434570-1399038477000.

If you incorporated a photo booth at your wedding that entertained both you and your guests or even a polaroid camera, you should definitely save some of the photos in your box. By taking some funny photos of you and your new hubby with your friends in the photo booth and then storing them until your 1 year anniversary, you two will be able to look back and smile because of how much fun your wedding day was. To make these photos even more special, jot down a note on the back or have your friends write something. This will be sure to add some laughs and giggles to your anniversary.

Be sure to snag those expensive wine and drinking glasses from your sweetheart table for your 1 year anniversary box. Not only will they be great to drink wine out of, but they represent the union of you and your husband. These can be the glasses that you guys pull out when you are home from work and just want to change into sweats, drink wine, and watch Netflix.

You paid a lot for your bouquet, so save it by pressing some of your favorite flowers in a book and placing that in your anniversary box. When you take them out of the book you can frame them and hang it on your wall  as a beautiful sentiment. If you are not into pressing flowers, you can just places them in your box as is which will age them just as nicely for when you pull them out 1 year from then.

Okay maybe not a mixtape, but burn some of your favorite songs that were played at your wedding on a CD. This can make for some good background, mood music for when you are celebrating spending 1 year together. The DJ will be glad to give you a list of songs that he played so that you don’t have to try and write down each one that you and your spouse liked.

A thoughtful 1 year anniversary box is the perfect gift for both you and your new husband to open. Not only will it remind you of your wedding day, but it will show your how far you have come together as a couple over 1 year’s time. An anniversary box will also help you two set goals for what you are wanting to accomplish in the future together and what you want to see at the time of your next anniversary.