Can guys and girls really be friends? 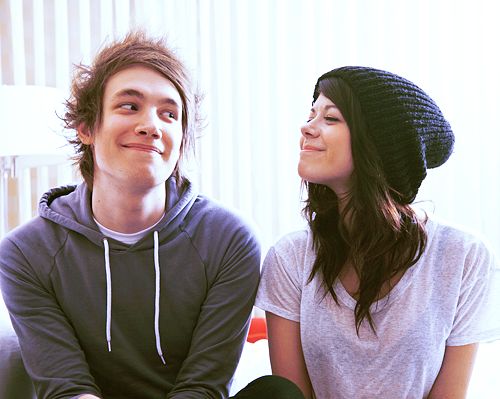 Guy and girl friendships can be a hard path to navigate. The famous quote from When Harry Met Sally reads, ” Guys and girls can’t be friends because the sex always gets in the way.” But is that really true? Can you really have great guy friendships without attraction getting in the way? Today we are going to be uncovering that, and what boundaries you might want to set on any girl-guy friendship.

Can You Have Guy Friends You Aren’t Attracted To?

For that, I would say of course! It’s hard to truly relax and be yourself around a guy if you are attracted to him. But, that being said, that doesn’t mean he’s not attracted to you. Studies have reported that guys hardly ever are friends with girls that they find unattractive. Now, that doesn’t mean they want to date you, but there is a good chance your guy friends have thought of you in a not friendship way from time to time if you know what I mean.

Unfortunately, as someone who prides herself on having a good amount of guy friends, I have almost always ended up liking one of my guy friends or had them start liking me if we got closer. There are exceptions to every rule, and I have had several guy friends I am close with where it has been platonic on both ends, but that isn’t always the case. Make sure that you are on your guard against developing feelings for your friend or them developing feelings for you.

I’ve Fallen For My Guy Friend, What Do I Do?

I do not envy you for being in this tight position. It can be hard and sometimes almost impossible to transition out of the friend zone and into girlfriend potential. The good thing is that most great relationships begin as friendships. You already know plenty about him, and he knows you, so you don’t have to have an awkward get to know you dates. In my mind when you start to like one of your guy friends you have three options.

I would advise that you go with the latter two options. Yes, you might be putting your friendship at risk, but life is too short to be consumed by a man who is never going to reciprocate your feelings.

Unfortunately, there isn’t as much you can do when you’re stuck in this position. The important thing is just to be open and honest about what you are feeling. If he does reveal his feelings to you, don’t lie, but be kind in your response. Emphasize that even though you don’t feel the same way, you still value him a lot as a person and a friend. This doesn’t have to be the end of your friendship.

Hopefully, if you are honest and kind to him, you can continue your friendship. Yes, it might be awkward at first, but if you value your friendship, then it is very possible to move past this. But, if he did declare his love for you, let him come forward to continue the friendship, and give him proper time to move on.

Should I Still Have Guy Friends When I Have A Boyfriend Or Am Married?

Absolutely! However, your friendships need to have a very different look. Once you are dating, it isn’t super appropriate to spend a lot of one on one time with someone who isn’t your significant other who is a member of the opposite sex. Likewise, you shouldn’t emotionally disclose too much information to them. That is going to bond you and make it look like you value his opinion more than your current mans. Guy friendships bring a lot of great things into your life, but one of those things is filling the boyfriend hole in your heart when you are single. If you’ve filled that void, try to hang out with your guys in groups.

What Should Be Off The Table For My Guy Friends?

I would caution you to consider how much one on one time you spend with any man. It is going to be difficult for romantic feelings not to come from one of you, so guard your heart. Try to not talk to him about too many emotional issues or dilemmas, that’s what your girlfriends are for. Also, having too many deep talks is just going blur the lines of your friendship even more.

Limit physical contact. Don’t cuddle with him, hug him for long periods of time, or spoon. He is your friend, not your boyfriend or husband, so don’t tempt him or yourself by excessive touching.

As you can see, guy and girl friendships can get pretty sticky, often. But, that doesn’t mean that they are impossible to have. If you have found some great guy friends who will stick by you, then don’t let them go.

For tips on how to intentionally love your friends this week, check out our article here.