The Ultimate Guide To Every Ultrasound You’ll Have During Pregnancy 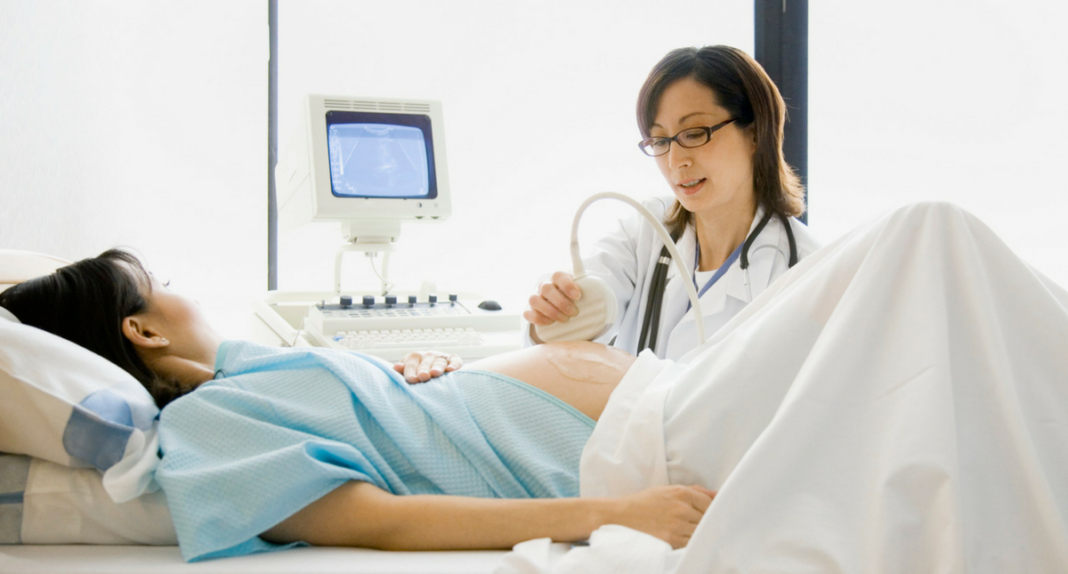 You may have heard the words sonogram and ultrasound used the same way when describing the procedure of taking a peek at your forming baby in the womb. However, there are differences between the two.  I’ll explain further in this article.

Ultrasounds and sonograms are often considered the same thing, but technically they are different.  Although they are different, you cannot have one without the other.  Both are what allow you to see your baby, and find out if he or she is growing properly.  Since this probably sounds very confusing, I’m going to go over the differences between an ultrasound and a sonogram.

What is an Ultrasound?

An ultrasound is a simple and painless procedure that allows your doctor to study the growing fetus and track his or her development.  When you get an ultrasound, you will be asked to lie flat on your back while a cold gel is spread across your stomach.  Then your doctor or an ultrasound technician will run a probe back and forth through the gel.  As he or she does this, you will be able to see the first images of your baby on the screen.

While doing an ultrasound, internal parts of the body are transformed into images on a screen through the use of a probe.  The ultrasound probe transmits high-frequency sound waves.  These sound waves bounce off tissue and then back to the probe.  The computer then uses those sound waves to create the image that is on the screen.

What is a Sonogram?

When your ultrasound is over, you will probably be handed several pictures of your baby.  These pictures are the sonogram pictures.  The word sonogram is translated as “sound writing” because the images were produced by sound waves.  These pictures will be black-and-white, and will probably become one of the most important keepsakes of your life.  The pictures can be very simple to read, as long as you know what to look for.  The solid colors represent hard tissue, and the gray colors are soft tissue.  The black color is the amniotic fluid.  Another tip is to look for obvious parts of the baby, such as the head or an arm.

Why Do You Need an Ultrasound?

With an ultrasound, your doctor can view your growing baby and determine things like size, number of fetuses, gestational age, and gender.  Your doctor will also be able to make sure that your baby is growing correctly, and if he has any obvious abnormalities.

When Do You Get An Ultrasound? 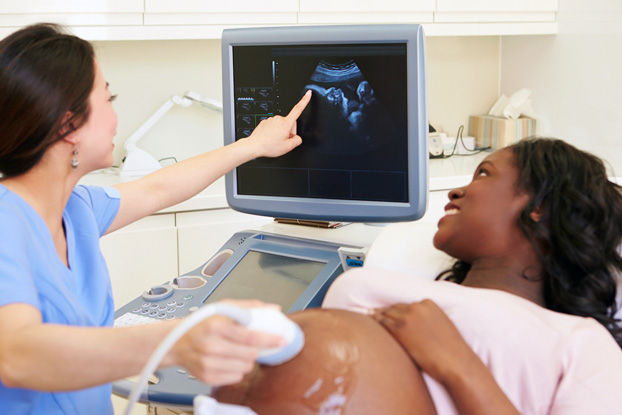 You should be able to get your first ultrasound at six weeks.  If you are at least six weeks along, then you should also be able to hear your baby’s heartbeat.  Keep in mind that at this early stage of pregnancy, it may be hard to identify the shape of your baby.  Also, don’t worry if you don’t hear your baby’s heartbeat.  Your pregnancy could be a few days earlier than you think.  Because of the uncertainty at this stage, some doctors skip the early pregnancy ultrasound altogether.

During the mid-pregnancy ultrasound, around 18 to 22 weeks along, you should be able to see your baby from different angles, as well as the gender.  Keep in mind that although you may be excited to ask your doctor about the gender of the baby, your doctor will be busy looking for anatomical problems and other issues. 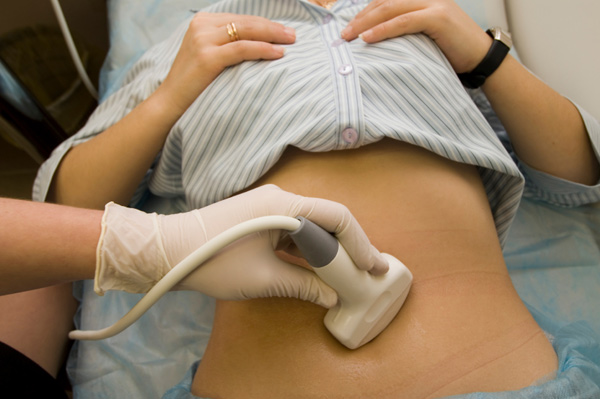 The late pregnancy ultrasound is often called a biophysical profile or BPP.  Whether or not you will get this ultrasound depends on your situation.  You may be called for more ultrasounds if you have any of the following: 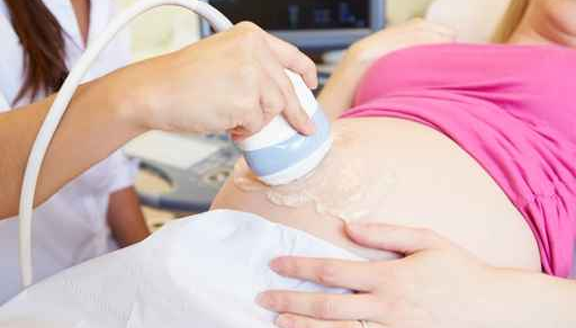 If Your Baby Is In A Breech Position

Additional ultrasounds may be needed if your baby is not yet in a head-down position, or if you were diagnosed with placenta previa.  A late pregnancy ultrasound will be able to track your baby’s progress.

If Your Baby Is Passed 40 to 41 Weeks of Gestation

Your doctor may want to look to make sure that your baby is doing well.  Because it is so late in pregnancy things, can start to go wrong as the placenta starts to calcify.  At this point, it’s important to keep an eye on your baby.

I hope that I helped explain the differences between a sonogram and ultrasound in today’s article.  Both ultrasounds and sonograms are wonderful inventions.  They help us to see our babies before we get to hold them in our arms.  Enjoy your sonograms and ultrasounds!