Who Wants to Have Fun and Get Fit? 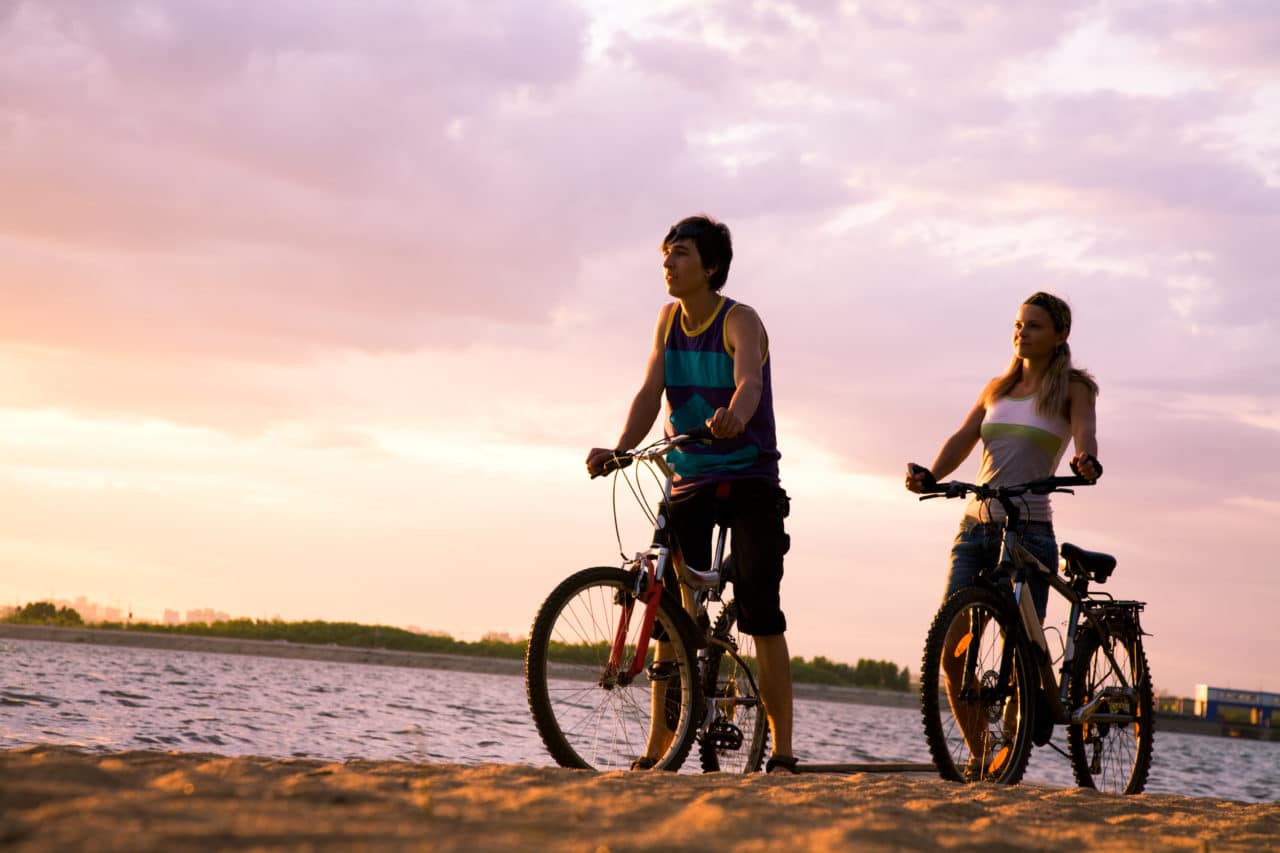 Staying fit is important! Not only for maintaining your appearance, but for maintaining your overall health as well. If you’re like many of us, though, you get tired of doing the same mundane exercises over and over again. Indeed, it can be tedious to keep repeating the same motions over and over again, and many exercise routines can quickly become boring. And believe us when we say that boring activities will cause you to lack the motivation to do them and result in your procrastinating until you never get around to staying active and fit.
Who says that exercise has to be a chore, though?
There are plenty of ways to have fun while getting fit, and these exercises are more effective than the boring ones! Why? Because since you’re actually having fun while you do them, you’ll be more likely to work out longer. Plus they are just more fun which automatically makes them more effective. 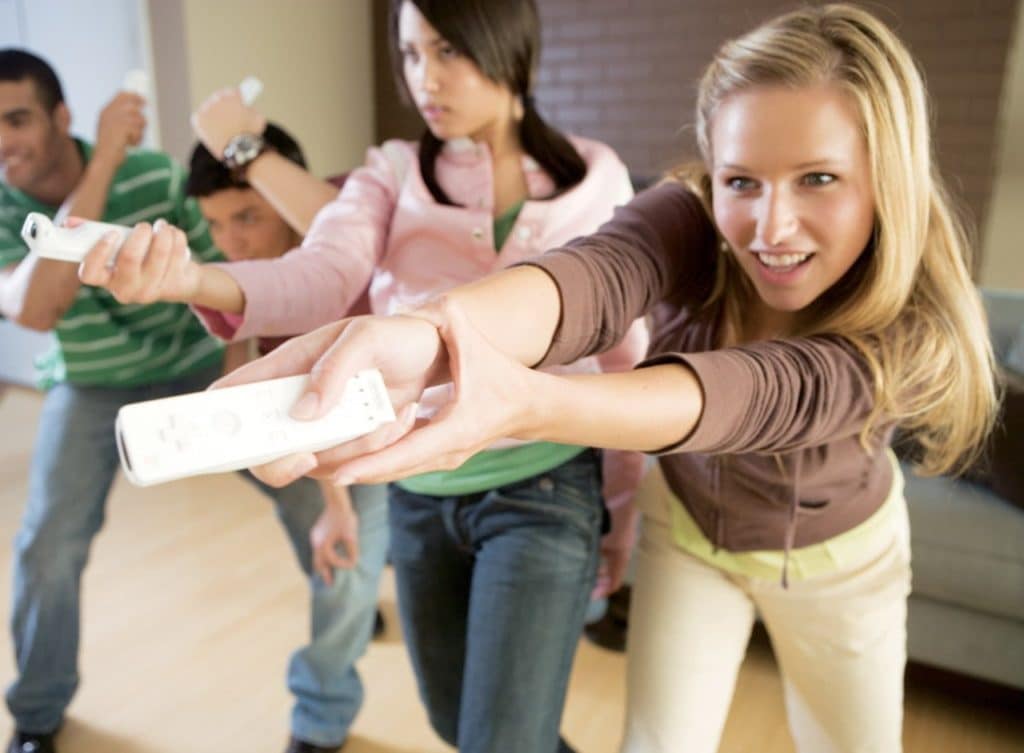 Dance your heart out!

Dancing is a great way to get a cardiovascular workout in without really realizing that you’re working out. If you love to socialize with friends, schedule nights out on the town to go dancing and let your hair down. Alternate between slow, moderate and fast dances, and if you’d prefer not to go out, no problem. You can put on your favorite tunes at home and dance around your house in your pajamas, or you can even dance to a video game like Dance Dance Revolution or Just Dance.

Bring out your inner child.

While you might think that you’re too big to go to a playground, if you have children, nieces or nephews, there’s nothing wrong with you getting engaged with your child on the playground. In fact, most children are delighted when their parents, aunts or other adults that they’re close to join them on the playground and play with them. Children are full of energy, and you’ll burn plenty of calories trying to keep up with them. Climb on monkey bars with them, swing with them, climb ropes with them, run to start a merry-go-round with them, and even have races and play hide-and-seek with them.

Just because you never took gymnastics as a child doesn’t mean that you can’t start taking gymnastics classes as an adult. There are plenty of adult gymnastics classes available where you can get the exercise that you need to stay fit without ever having to lift a single weight. Enjoy learning how to do somersaults, flip onto pads, swing from rings, and more! Not only do adult gymnastics provide you with plenty of exercise, but they can also help you improve your balance and dexterity too.

Show your musical side.

You might be wondering how playing a musical instrument can provide you with exercise. The key here is to play an instrument that requires you to do a bit of physical movement. For instance, studies have shown that playing the violin for an hour allows you to burn almost the same amount of calories that you would burn if you had been walking at a moderate pace for an hour. String instruments that require you to build arm strength help you stay fit while you’re learning a skill that is fun to engage in and that could come in handy in the future. 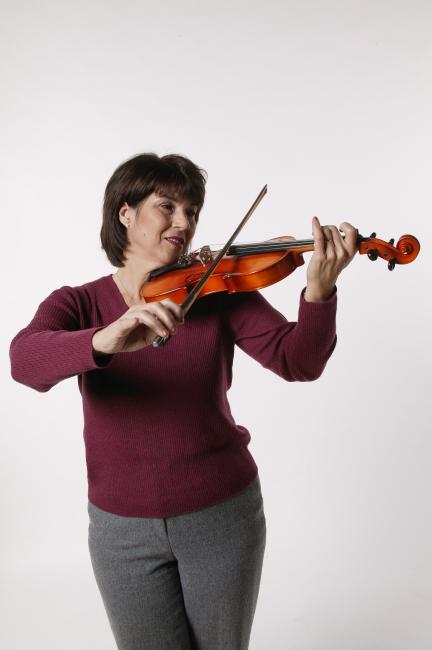 Everything is better with a bike!

If you live within biking distance of your job, laundromat, grocery store, park and other destinations that you frequent, ditch the car and opt for the bike. Bicycling is one of the best ways to get exercise, so the next time you need to go somewhere, use your bicycle to get there. Not only does biking help you get from one destination to another while providing you with a great workout, but it can also help you save money on fuel costs and help reduce the amount of pollution in the environment.

Community is the way to go.

Softball, basketball, and other sporting leagues aren’t only for kids. There are plenty of community recreational leagues for adults as well. If you’re new in town, joining a recreational league is not only a good way to have fun playing a competitive sport while exercising, but it’s also a great way to meet new people. Alternatively, if you have a group of friends, speak with them and see if they would consider joining a league with you. Recreational leagues are a great way for you and your friends to see each other regularly, while being productive and getting the exercise that all of you need stay fit and healthy at the same time.

Become the next Jackie Chan!

In today’s world, it’s always a good idea to know how to defend yourself. There are plenty of martial arts and other self-defense classes that you can take to help you get a workout while you learn invaluable skills that could prove useful if you ever find yourself on the receiving end of an attack. Self-defense classes not only provide you with a full workout, but they’ll help you build your strength and endurance as well so that you’ll be better prepared to defend yourself if the need arises.

Climb your way to the top!

If you love being outdoors, consider taking up climbing. While rock climbing is a popular sport, you don’t have to be that courageous initially. Simply climbing on stumps, climbing trees, and even balancing on fallen trees can help you get a bit of exercise while you’re walking or hiking outside.

As you can see, there are numerous fun and innovative ways that you can exercise without even realizing that you are exercising. Exercising is always much more enjoyable when you’re having fun and enjoying what you’re doing. So grab a friend and take off!