6 Psychological Thriller Novels To Get Into This Fall 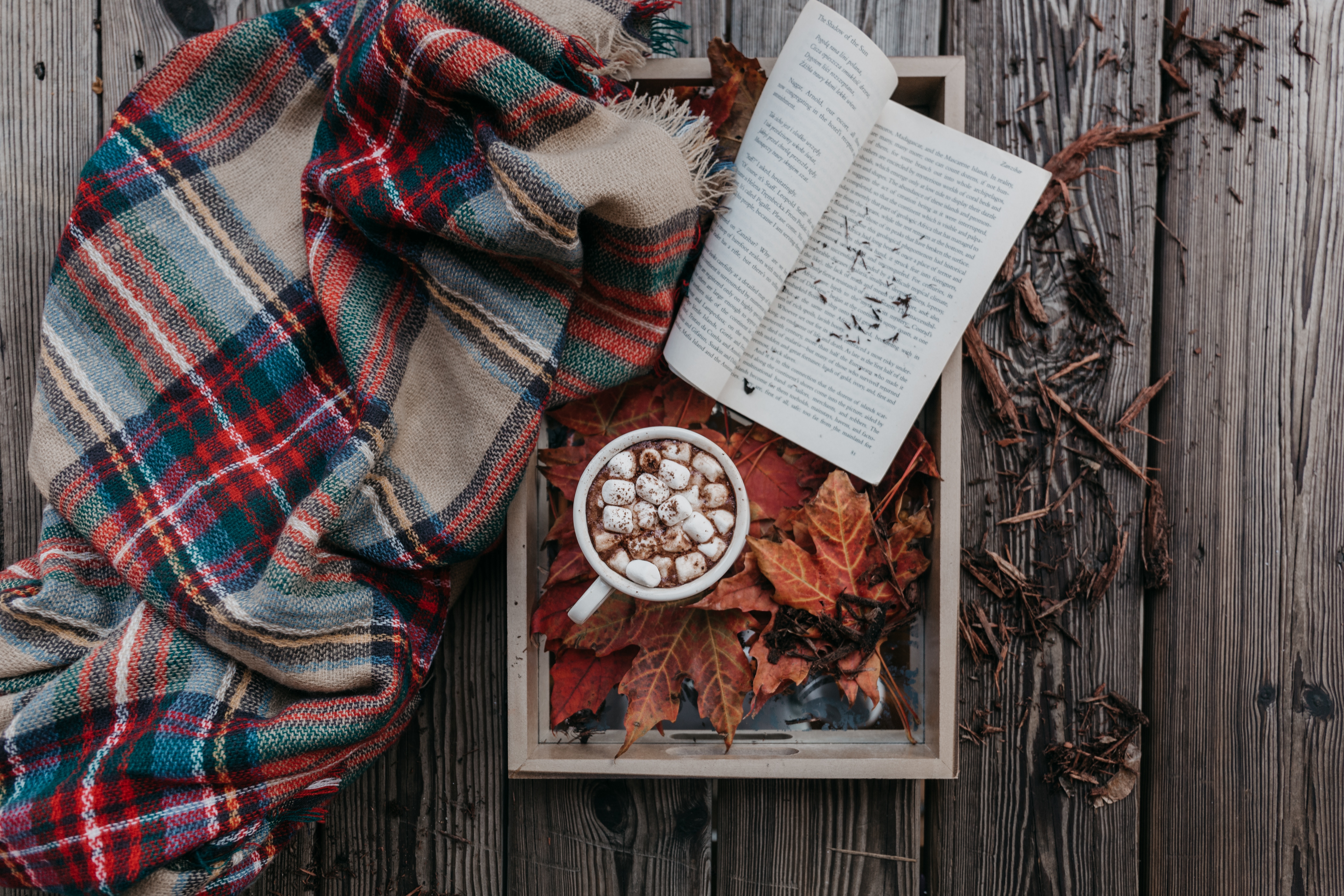 Halloween is right around the corner. Have you got your stack of fall books to read this season? If you are still adding to your reading list, then be sure to make some extra room for a good psychological thriller novel. After all, what better time to read a thriller than when the leaves begin to crinkle and things that go bump in the night start to make their debut? For all the readers who are looking for great psychological thrillers that will keep your head spinning, we have got you covered. Here are six of the hottest psychological thriller novels that are making their rounds this year.

1. All is Not Forgotten by Wendy Walker

This psychological thriller novel takes place in Fairview, Connecticut where things could not be any more picture perfect. Everything changes when one night, the young Jenny Kramer becomes the victim of a violent attack at a party. Jenny then gets a dose of a controversial drug that aids to erase her memory of the violent attack.

While her memory of the event is gone, the emotional roller coaster is just beginning. Jenny's father is on a mission to figure out who hurt his baby. Her mother, on the other hand, learns to deal with the anguish by pretending nothing has happened. Follow along as the family dynamic changes when secrets begin to unfold. This psychological thriller will unveil hidden levels of family drama that will keep you turning the page. Be sure to add this psychological thriller novel to your short list. Get your copy here.

2. Girl in Trouble by Stacy Claflin

This next psychological thriller novel is carefully crafted around the mysterious kidnapping of a young girl. The main character, Alex Mercer is no stranger when it comes to kidnappings. When his sister mysteriously disappeared years ago, the emotional havoc it caused has yet to get resolved. So when it comes to his adopted daughter, Ariana, her safety is his number one priority.

Unfortunately, everything changes when Alex glances down at a text one evening. He looks up to find that his daughter has disappeared.

The overpowering feelings of guilt and despair are his main determination to find answers. He teams up with an unlikely ally at the police department as clues begin to present themselves. Slowly, the clues begin to form the story of a range of mysterious kidnapping cases that have taken place. Fighting the clock, and doing everything he can to get her back, Alex takes readers on a journey of psychological angst. What price is he willing to pay? And how far is he willing to go to get his daughter back?

Girl in Trouble is the first book in the Alex Mercer series. With resounding themes from the similar trilogy "Gone", readers are sure to flip through the pages of this psychological thriller novel faster than ever to get to the bottom of this mystery. Get your copy here.

This next mind bending psychological thriller novel novel has been making the rounds this year. And it is no wonder why. The Woman in Cabin 10 is written by the same author of the equally popular thriller In a Dark, Dark Wood.

This mind bending thriller starts with travel magazine writer Lo Blacklock. Lo has a fantastic job as a journalist, and one of her latest missions is one that is too good not to celebrate. Her assignment is to join along on a luxury cruise that has only a handful of cabins on board. The luxury cruise is everything you would imagine a beautiful cruise to be. Fancy dinners, fancier guests, and endless blue skies to match the endless blue sea. Everything is perfect until one stormy evening. When the sky grows gray and the frigid winds whip around in the deck, Lo witnesses and unimaginable and terrifying nightmare unfold right in front of her. A passenger - a woman - gets thrown overboard.

The only problem is, all passengers are accounted for. And so, when it comes to the cruise, nothing has happened. Lo's world, however, is flipped completely upside down. What has happened? How has this happened? And how can everyone go on do blindly when something so terrible has just unfolded.

Follow along as this story takes spine tingling twists and turns that will have you flipping the page. Do not be surprised this season if you see a fellow co-worker or friend walking around with this mind bending psychological thriller novel in their hands. Get your copy here.

4. The Couple Next Door by Shari Lapena

No dinner party is without its own cup of drama. The same goes for Anna and Marco Conti's relationship. On the outside, this young couple appears to have it all. A sweet and loving relationship, a beautiful home, and a darling little baby.

Everything changes one night when the pair is at a dinner party and a horrendous crime is committed. Without much warning, suspicion immediately falls on the parents. As Detective Rasbach begins to close in on the couple, the panicked couple makes it clear that they are perhaps hiding something. Follow along as Anne and Marco dance around each other with their lies and betrayals. The layers peel back on this couple who seems to have it all in this suspenseful novel. experience deception and unraveling of a family that will keep you holding your breath. That is - until the very end where an unexpected twist will leave you grappling form more. Get your fix of twists and turns in this mind bending psychological thriller novel. Get your copy here.

5. Only Daughter by Anna Snoekstra

This mind bending thriller will have you gripping at what is reality and what is a mere facade. For a page turning thriller novel that will have you at the edge of your seat, take a crack at this next suspenseful read.

It all started in 2003 when the fun loving 16 year old Rebecca Winter disappeared. Before she disappeared, Rebecca was your average fun loving teenager. She enjoyed her summer vacations like any teenage girl would. She worked at a fast food restaurant, engaged in law breaking activities such as shoplifting with her best friend, and crushed over an older boy.

Then, mysteriously ominous things begin to happen to Rebecca. First its a mysterious presence in her room at night. Then, it is periods where she blacks out and has no recollections. Next, it is a shaking feeling of being watched and she has no idea why. Little does Rebecca know what her mysterious fate holds for her. When she disappears, it is not until 11 years later that she finally reappears - Except, it is not Rebecca.

This new imposter in Rebecca's life assumes every role that Rebecca once had. She lives Rebecca's life, sleeps in her bed, plays with her little brother, and even reconnects again with Rebecca's best friends. While her family and friends accept this new Bec in their lives, the imposter notices that Bec's friends and family are not quite as they seem.

Follow along as readers unravel the shocking mystery of what happened to Bec and the danger that lurks so close to home. Get your copy here.

6. Behind Closed Doors by B. A. Paris

This next psychological thriller is a stark reminder that everything is not as it seems. It all starts with Jack and Grace. This young couple is the picturesque image of happiness and success. Jack not only has the looks and the wealth but he has the brains too. He is a dedicated attorney who has never lost a case.

Grace, on the other hand, is everything you would expect in Jack’s wife. She is the picture of beauty. She is a flawless homemaker, an exceptional gardener, and an even better cook. The recently married couple seems to have it all from an outsiders point of view. Coupled with their picturesque image, follow along as they welcome friends into their home through the lavish dinner parties that they throw.

It becomes clear through these dinner parties that the two are inseparable and so in love. Or are they? What some might call love, others may call curious. For example, some might wonder why Grace does not answer the phone. Or why she is never able to go out to meet for a cup of coffee or lunch despite the fact that she does not work. Not only that, but how does Gracie manage to stay slim with all the extravagant meals that she cooks? Or when she leaves the house, why does she never take anything with her? Not only that, but one cannot help wonder why there are such high security metal shutters on all the downstairs windows. What is really going on behind closed doors? Find out in this mind bending psychological thriller novel. Get your copy here.

It is not too often that a great psychological thriller novel can grab you and keep you hooked. But when that novel does come around, there is no greater feeling. Settle into autumn with a cup of hot chocolate and a stack of great books to read. Just be advised that chances are, you will not be getting any sleep after you turn the pages on some of these psychological thriller novels.