Home Budgeting Need Some Fun Ways for Saving Extra Cash?
Life is expensive, isn’t it? Whether you are saving for your big day or are buying that expensive stroller with airbags for your baby on the way, extra cash is always a blessing to have around.
But in the current economy, it can prove to be difficult to save money, especially with the amount of bills we have piling up, one-by-one. That is why having ways to put a little cash aside is always a wonderful idea.
There are many ways to do this, even if it is not that much. Remember that every tiny amount adds up, and maybe when it comes time to pay for that special once-in-a-lifetime wedding, you may have a few hundred dollars saved up.

You may have already heard the story of the man who collected pennies and when he cashed it in, he became a millionaire. Or maybe you heard the story about a man who saved his pennies for forty-five years, and when he finally turned it into cash, he had over five thousand dollars. Just from pennies!
This is a story regarding Otha Anders, just a regular person who began his penny-saving concept after picking up his first coin; his penny pile started to grow a short while later. Whenever he made a purchase and received coins back, he would insure that his change included three or four pennies, which would go in a five-gallon plastic water jug. Forty-five years later, he decided to turn his fifteen five-gallon plastic water jugs filled with half a million pennies into cash. It totaled a few thousand dollars! (Willis, 2015).
You can do this too! All it takes is collecting all the change you receive back from purchases, or even picking up every coin you see on the sidewalk. Get a reusable plastic container, and use this to put all of your change it. Get creative and decorate the container, or write on it what you are specifically saving for! This idea can go really far!

Similar to the budgeting technique, putting extra cash aside after paying expenses is another idea. Begin this concept by putting aside a standard size envelope. After paying your bills every pay period, withdraw ten to fifteen percent of whatever cash you have left over, and insert it into the envelope.

Hide the envelope from everyone, especially from the ones that you know who have “sticky” fingers. Make sure that you do not spend the cash for any reason and keep track of what amount you are putting into the saving envelope.

SmartyPig is a free online savings account that allows people to save for specific financial goals, such as a wedding, a new car, the house of their dreams, a vacation, or a luxurious flat-screen television if you want!

To begin your SmartyPig savings, signup by linking your existing checking or savings account to your SmartyPig account. Next, begin creating your “Goals” profile–you can set as many goals as you like. You also have an option that allows you to set a specific time frame to meet your specific goal.

And best of all, it has a “Set it and forget it” feature that enables you to choose the frequency of your automatic withdrawals: once a month, twice monthly, or every 14 days. Once set, SmartyPig automatically withdraws the set amount from your external checking or savings accounts on the date that you chose, and puts it in your selected goal account.

There are many CD accounts to select from, whether online or in a physical branch. CD accounts are one off the best ways to save for a goal because they have high interest returns. They also penalize you if you withdraw from it before the maturity date. Your interest will accumulate and who wants to be charged a penalty for touching their own money? The penalizing feature deters most people from taking from their CD account.

EverBank is an online bank that offers CD accounts. For the first year on balances from $0 to $150,000, the APY is 1.11% with an ongoing APY of 0.61%. These are two of the highest interest rates in today’s economy.

Another optional bank is Capital One because they have many term options to pick from. The best one is the 60-month CD, which has an APY of 1..70%.

#5: Let a Trustworthy Friend Hang On to Your Money

If you are not self-disciplined in either of these ideas and you think that you will dip into your savings, try the concept of giving your money to a trusted and reliable friend. Obviously, only do this with someone you truly trust, maybe even a parent or sibling.

Although, we suggest that before you give any money to anyone, draw up a contract stating that you are giving money to this individual to hold on for you. This way you are protected just in case of emergency.

It is never impossible to save money for particular goals! All it entails is a self-determined attitude and the discipline to follow through with the saving concept. Saving can be fun and interesting–you can see your money adding up, and who doesn’t like the visual appeal of this? 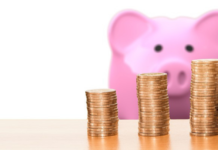 Budgeting For Christmas: How To Spend Money Wisely This Time Of Year 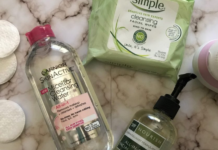 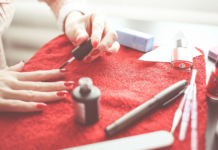 The Best Guide To The Best Nail Shade For You