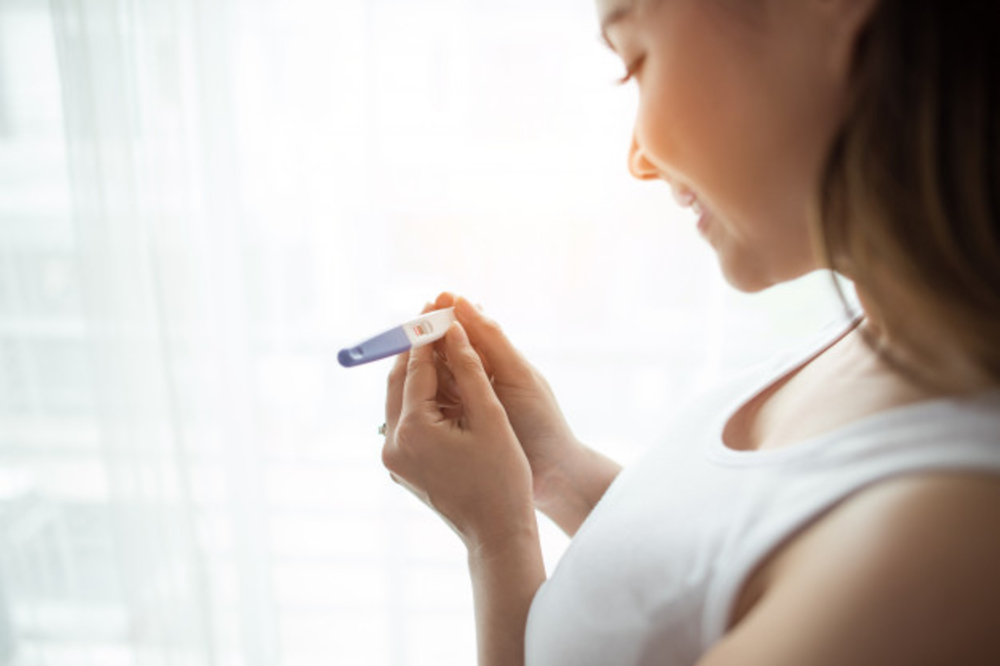 Quick Navigation
What Is the New Choice Pregnancy Test?
Product Specs
Pricing
How It Compares
Conclusion

What Is the New Choice Pregnancy Test?

New Choice Pregnancy Test is a budget brand home pregnancy test, and it is cheaper than some on the market. It works in the same manner as all home pregnancy tests–by measuring the level of a hormone in your urine called HCG, or human chorionic gonadotropin, which is only present if you are pregnant.

The New Choice Pregnancy test differs from other tests available on the market in that it does not have a dedicated stick on which you are supposed to urinate. Instead, it has a built-in sample well in which you can place a few drops of urine with the dropper that comes with the test.

The sensitivity level (hormone detecting level) of the test is 25mlU/ml, which is comparable to many tests on the market.

The test claims to be able to detect a pregnancy up to 5 days before a missed period; however, there will only be a 50% pregnancy detection rate at that time, so it is advisable to wait until the first day of your missed period to achieve 99% accurate results.

The New Choice Pregnancy Test is inexpensive, which is perfect for those who are trying to conceive because they can purchase extras and keep them on hand for regular testing. It can be found on Amazon and at different “dollar” type stores.

The New Choice Pregnancy Test is available on Amazon. The price may be higher or lower depending on where you purchase the test.

To use the New Choice Pregnancy Test, you must first urinate in a cup and use the provided dropper to place four drops of urine into the well on the test cassette. Wait two minutes for the results to appear.

One pink line indicates the test is negative and two pink lines mean you are pregnant. It is important not to check the results too early or too late as you could get an inaccurate test reading. If no lines appear, then the test is defective.

It is best to use first morning urine as it will be undiluted and contain the highest level of HCG to ensure an accurate result.

This test claims to be 99% accurate as of the first day of your missed period. Available reviews for this product are mixed. Some users experienced no issues while others received false-negative results.

In most ways, the New Choice Pregnancy Test functions in the same manner that others on the market do. It requires a small amount of urine and a 2 minute wait time. However, this test doesn’t have a dedicated urine stick which can be kind of a hassle, not to mention potentially messy. Having to pee into a cup, pull urine into a dropper and drop the urine into a well seems to make the process more complicated than it needs to be.

First Response Early Result comes in either a 2-pack or 3-pack option.

Next, begin urinating and hold the test stick in your urine stream for only 5 seconds. Continue to keep the stick pointing downward, put the cap back on and lay it on a flat surface. Wait 3 minutes before reading your results.

Two pink lines indicate a positive test while one test means negative. If you see no lines, that means the test is faulty.

It is not necessary to use first-morning urine for this test.

The hormone sensitivity level of the First Response Early Result test is 6.3mlU/ml. It has greater than 99% accuracy at detecting pregnancy on the first day of your missed period.

Most users of this pregnancy test reported no issues while a handful stated they had gotten false negative results.

The First Response is an efficient test to use. Just remove the cap, urinate on the stick, and wait three minutes before reading your results.

We couldn’t leave the Clearblue Rapid Detection Pregnancy Test out of our New Choice Pregnancy Test review. Clearblue Rapid Detection is designed to combat common testing errors that women make, which leads to inaccurate results. This test features a color changing tip that turns pink to reassure you that the proper amount of urine is being absorbed. It also has Floodguard Technology to prevent excess urine from flooding the test strip. In most pregnancy tests, this flooding is the highest reported user error that leads to false results.

You can purchase a 3-pack of Clearblue Rapid Detection Pregnancy Tests on Amazon.

Hold the color changing tip downward in your urine stream for a full five seconds. Read the results after waiting three minutes.

You may also collect a urine sample in a container and dip the absorbent tip into the urine for 5 seconds before laying the test onto a flat surface. Wait three minutes before reading the test results.

If you are testing from the first day of your expected period, you may test with urine from any time of the day. If testing before your missed period, it is recommended to use first-morning urine.

Clearblue Rapid Detection provides over 99% accurate results from the first day of your missed period. At four days prior, the accuracy is 56%.

The hormone sensitivity of this test is 25 mlU/ml.

This test is efficient to use, only requiring you to urinate on the stick and wait three minutes. The Rapid Detection Technology can provide even faster results by detecting pregnancy in just one minute if you test on the first day of your missed period.

As part of this New Choice Pregnancy Test review, we are also going to take a look at the e.p.t. Early Pregnancy Test, as it is one of the most well-known brands in home pregnancy tests. The e.p.t Early Pregnancy Test works similarly to the others on this list in that it is a midstream test which has been shown to have 99% accuracy by the first day of your expected period.

You can purchase a 2-pack of e.p.t. Early Pregnancy Tests on Amazon.

To use the e.p.t Early Pregnancy Test, remove the purple cap and place the absorbent tip pointing downward into your urine stream for 5 seconds. Then replace the cap and lay it on a flat surface. You will need to wait two minutes before checking the results for accuracy.

You may also collect a urine sample in a container and dip the absorbent tip into the urine for 20 seconds before laying the test onto a flat surface. As with the midstream procedure, you must wait two minutes before reading the results.

The e.p.t pregnancy test has a sensitivity level of 25 mlU/ml and is 99% accurate from the first day of your missed period. It is 53% accurate at detecting pregnancy four days prior to your period.

The test results will show up as blue plus or minus signs, with the plus sign indicating you are pregnant and the minus sign showing you are not pregnant.

Some users of this pregnancy test felt that the blue dye was ambiguous or too faint to be confident of a positive or negative result.

As with the other test included in our New Choice Pregnancy Test review, the e.pt. pregnancy test is efficient. The method of use is the same and the waiting time is also approximately the same. Most pregnancy tests will require you to wait around two or three minutes before reading the results.

When breaking down all the above tests in our New Choice Pregnancy Test review, we found that they all work in the same way: by detecting the current level of HCG in urine at the time of testing.

The accuracy of any pregnancy test is mainly determined by how many days before your period you are taking the test and the individual sensitivity level of the test you choose. To that end, the only one that really stands out is the First Response Pregnancy Test, coming in at 6.3mlU/ml versus 25 mlU/ml like all the others. If early detection is what you are looking for, then the First Response Pregnancy Test is the way to go.

If you are not experiencing any early pregnancy symptoms and you are thinking you may be pregnant simply because you missed a period, then you could safely choose any of the tests on this list, including the New Choice Pregnancy test. Personally, we would probably not choose the New Choice because of the whole urine sample and dropper business, which seems like too many steps and a mess just waiting to happen.

Also, for an off-brand, you are actually getting less of a value. You will be paying nearly as much as a name brand when you can purchase one of the other tests on this New Choice Pregnancy Test review and get multiple test sticks in one box.