No Girls Allowed: Why This Bride Used Bros As Bridesmaids 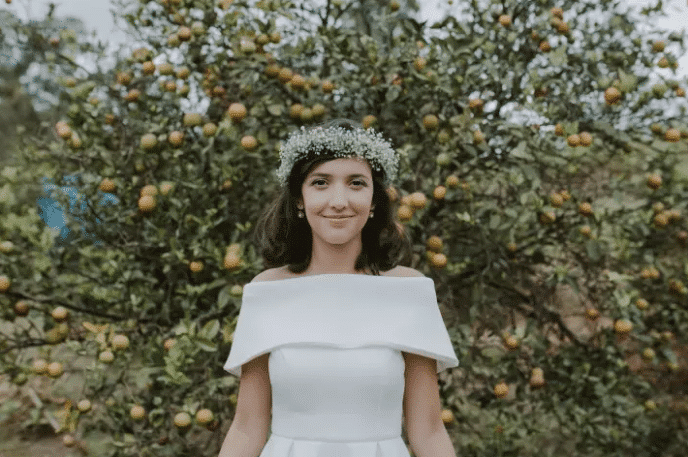 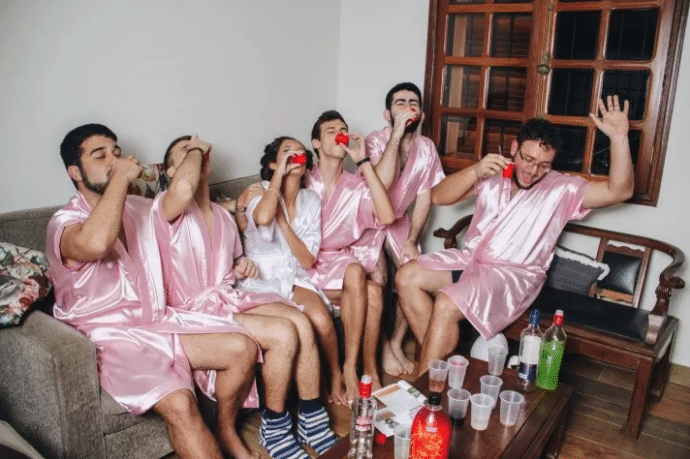 Sinohara told BuzzFeed News that she didn’t have any close female friends. “In my engineering classroom there were 56 guys and only four girls, so it’s not like I had a lot of choices,” she said. 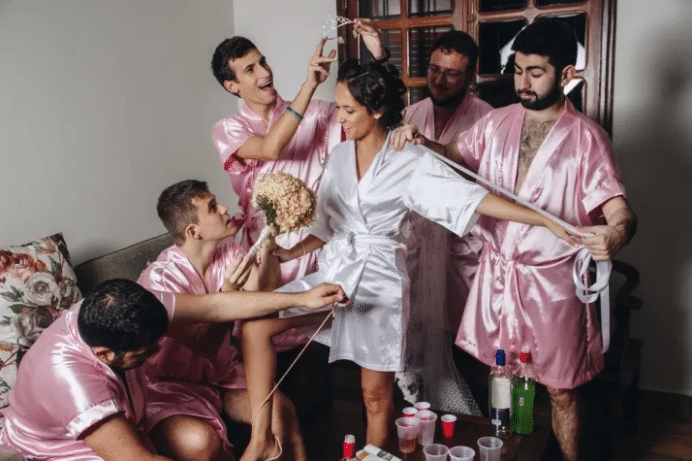 “Of course I have girlfriends from childhood and high school but we are not as close as before, and there are some girls that I lived with in shared housing during university, but I don’t consider them to be my BFFs” she said. 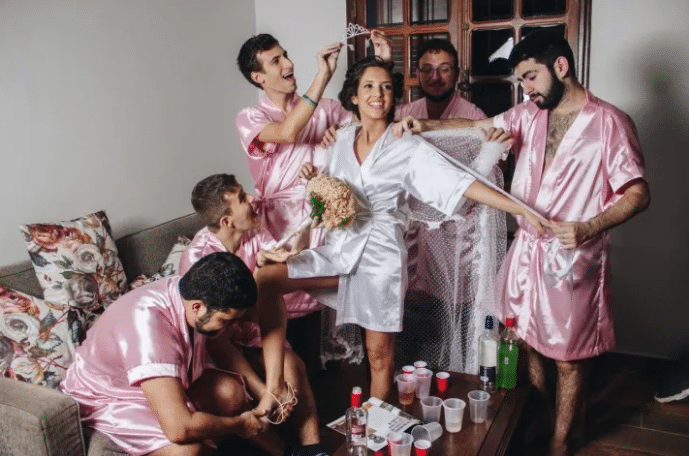 “I always knew that I wouldn’t have a gang of girls to be bridesmaids and to sit together putting on makeup and all before the event,” she said.

That’s when she got the best idea! She asked 5 of her closest guy friends to stand in and take getting ready pictures with her. 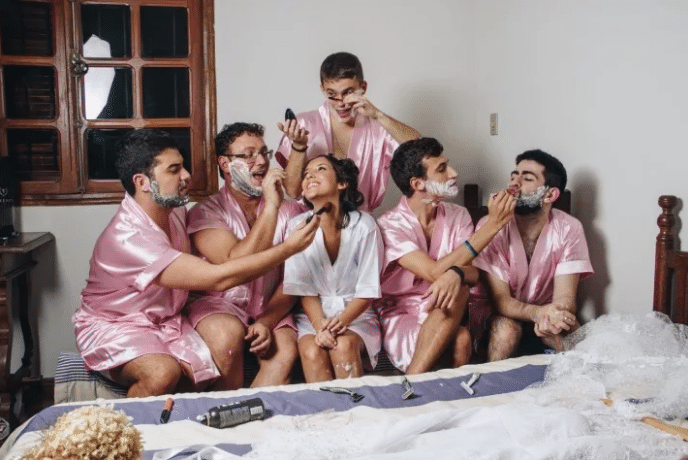 “They are really great friends, and I had no doubt they would do this for me,” Sinohara said.

Of course, she said the guys fell in love with the idea instantly, and it made for some hilarious photos! 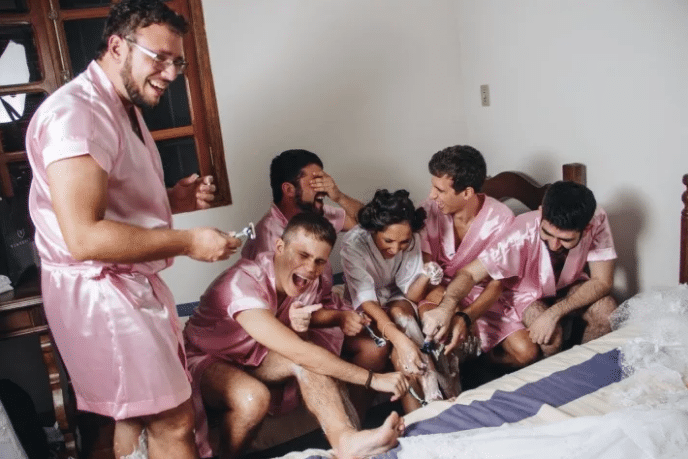 Originally she didn’t plan on having some big photoshoot, but a couple of photos taken on someone’s phone. But then the makeup artist got involved and the pictures got a lot more professional. 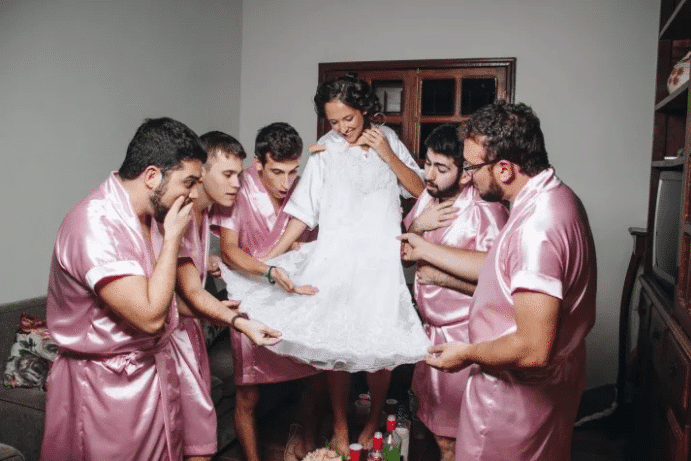 “The guys were all so happy in their pink robes,” Sinohara said. “It was really funny.” 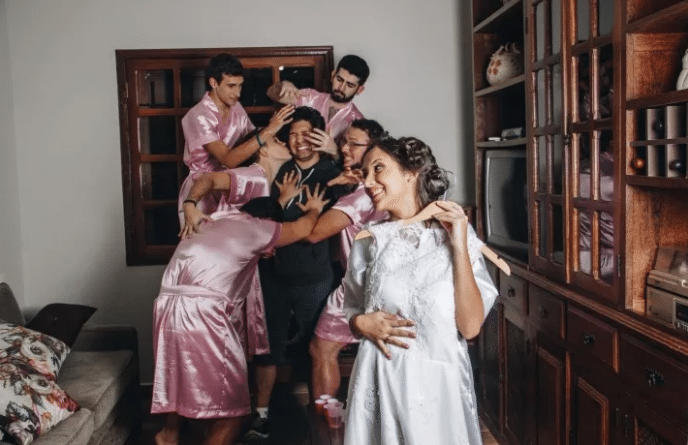 Her then fiance loved the idea as well, and was actually upset that he wasn’t able to partake in the fun photos! So towards the end, before she was dressed and ready, they found a way to include him.

She said he was there the entire time though and was laughing hysterically, he thought the photos were so funny. 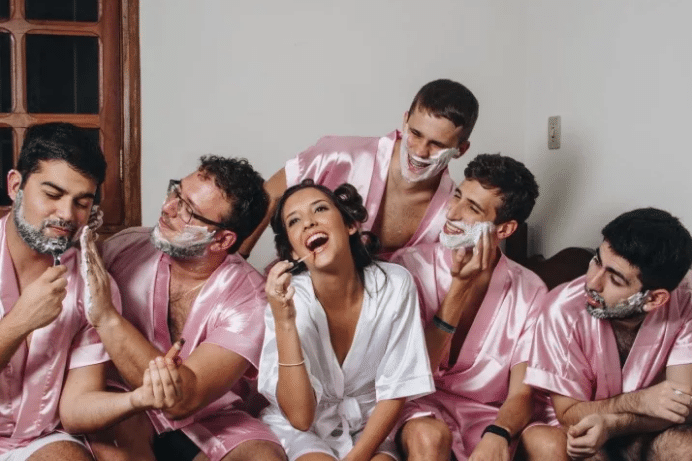 Of course, when she posted the photos on facebook they instantly went viral with thousands of shares! 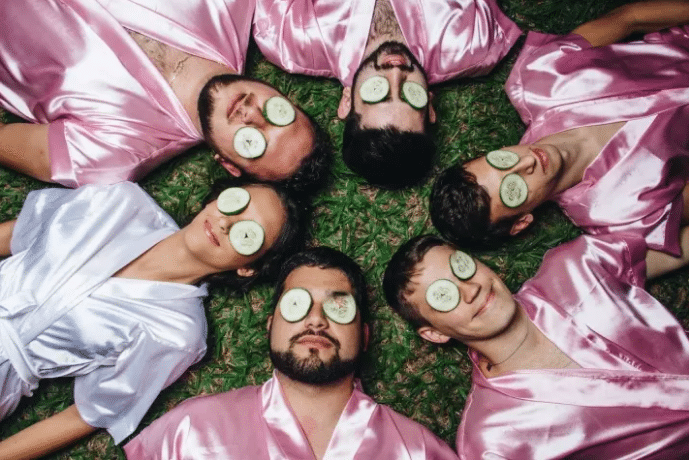 “I definitely never thought it was going to go viral,” Sinohara said. “The pictures were supposed to be only for us, to keep as a good record.”

Little did she know that her photos would soon make it around the world and everyone would fall in love with them, a lot of women could even relate!

I see a new wedding trend in the making!