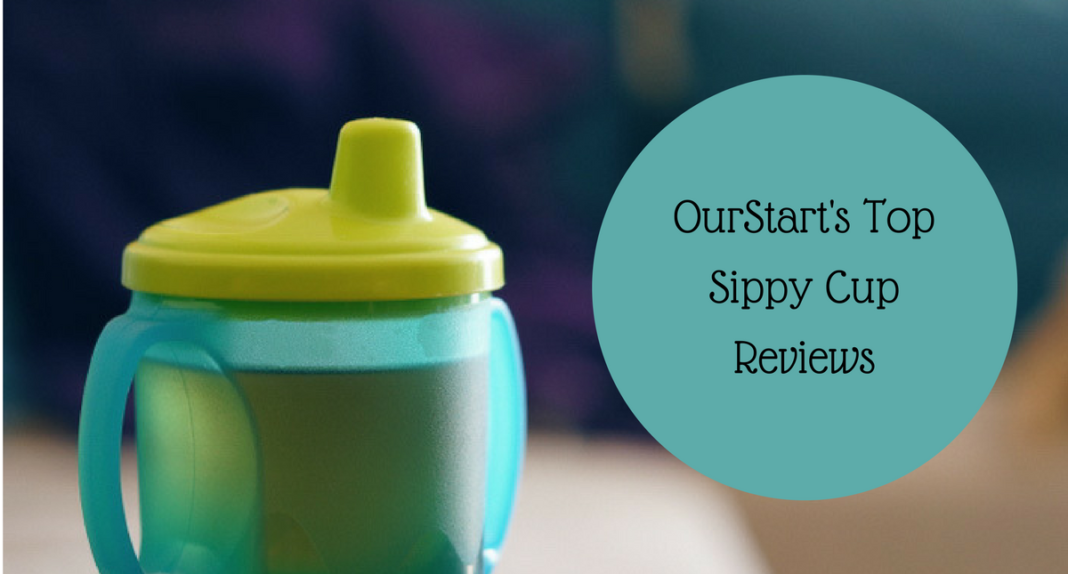 Are you currently in the process of finding the best sippy cup for your child? Then you're in luck! Today we are going through the top ten sippy cups of 2018. Check them out to decide which would be the right fit for your child. To read more about each individual sippy cup, click on the individual review tab below.

What Is A Sippy Cup?

A sippy cup is a lid with a spout for a young child to drink from.  Sippy cups are most often made from plastic, silicone, stainless steel, or glass.

Tips For Transitioning From Bottle To Sippy Cup

Sippy cups with a straw are known to be well-designed and leak proof.  They are also better for your child's teeth and development.  The straw, however, can be challenging for young babies and toddlers.  They can also be higher-priced.

The first sippy cup that was invented with both parents and kids in mind, was the Miracle® 360° Cup.  It eliminates messes and supports kids' dental health.  With a 360, kids can sip anywhere around the rim, just like a regular cup.  This helps support normal muscle development in the child's mouth.

Some sippy cups are made to not leak even if they are dropped or turned upside down.  Parents who don't like messes, especially like the non-leak sippy cups.

Common Materials Sippy Cups Are Made From

Transition cups that have soft spouts, straws, sleeves, or valves are most often made of silicone because it is so pliable.  Silicone won't injure a baby's mouth as easily as harder material could, such as plastic.  A disadvantage to silicone is that it can easily become chewed-up and will need replaced.

Some parents like glass for their baby's sippy cup because it is heavier and their isn't any potential of plastic-like chemicals leaching in.  Glass sippy cups have silicone sleeves that will make them less slippery while also offering a little padding in case they are dropped.

Why You Should Buy A Sippy Cup

If your child is weaning from a bottle but not quite ready for a regular cup, then you might want to try a sippy cup.  Sippy cups are considered a transition cup between a bottle and a regular cup.

What To Consider Before Buying

When buying a sippy cup, think about what factors are important to you.  Ask yourself if you are ok with plastic or would you rather have silicone, glass, or stainless steel instead. I've gone over the different attributes of materials in this article.  Also, consider what kind of shape is important for you and your baby.  For example, would you like a 360 cup that your child can sip anywhere around the rim or is a non-leak cup more important to you?

When Can Your Child Start Using A Sippy Cup?

Around 6 months of age, some children are ready to transition to a sippy cup.  However, keep in mind that every child is different.  Some children may not be ready to take a sippy cup until they are 18 months of age.  The American Academy of Pediatrics recommends that children start drinking out of a cup between one and two years of age.

What Are The Dangers of Using A Sippy Cup

Can Prevent Normal Development of the Mouth

Sippy cups prevent normal development of your child's mouth.  Unlike a mother's breast, a sippy cup is a rigid piece of plastic, which can misshape the oral cavity.  Later in life, this could result in problems with speech, airway, sleep quality, facial form, and aesthetics.

May Lead To Adult Obesity

With a sippy cup, children are learning to have a sugary drink by their side throughout the day.  Some might never outgrow this habit, and in the future may become overweight.  To prevent your child from becoming overweight, try to limit the amount of time your child spends with his/her sippy cup.  Also, encourage your child to drink only water.

Can Cause Tooth Decay And Cavities

Sippy cups can also cause tooth decay and cavities.  If given with anything besides water for a long period of time, it can leave sugars and acids on your child's teeth.  This will gradually destroy the enamel on the teeth, and may lead to future dental problems.  To prevent this from happening, try not to allow your child to have the sippy cup for a long amount of time.  This is especially important if the sippy cup has a sugary drink in it.  It is best to give your child water in his/her sippy cup.

What Else To Purchase In Addition To A Sippy Cup

Sippy cups can last over a year, if not longer.  This, of course, depends on how often your child uses it.  With that being said, you can estimate how many sippy cups you will want to buy.  By 2 to 3 years old, your child should be ready to be done with his/her sippy cup.  If used for a drink once in a while, this could mean you only need 2 to 3 sippy cups.  If your child uses the sippy cup throughout the day, you may need to buy more than 3 sippy cups.  Make sure you don't buy too many of one kind before trying it out, in case your child dislikes that type. After you have considered how many sippy cups you'll need to buy, you just have to make sure to supply the drink that goes into it.

I hope that my article has helped you to learn everything you need to know about sippy cups. I wish you the best of luck as you pick out the best sippy cup for your child!