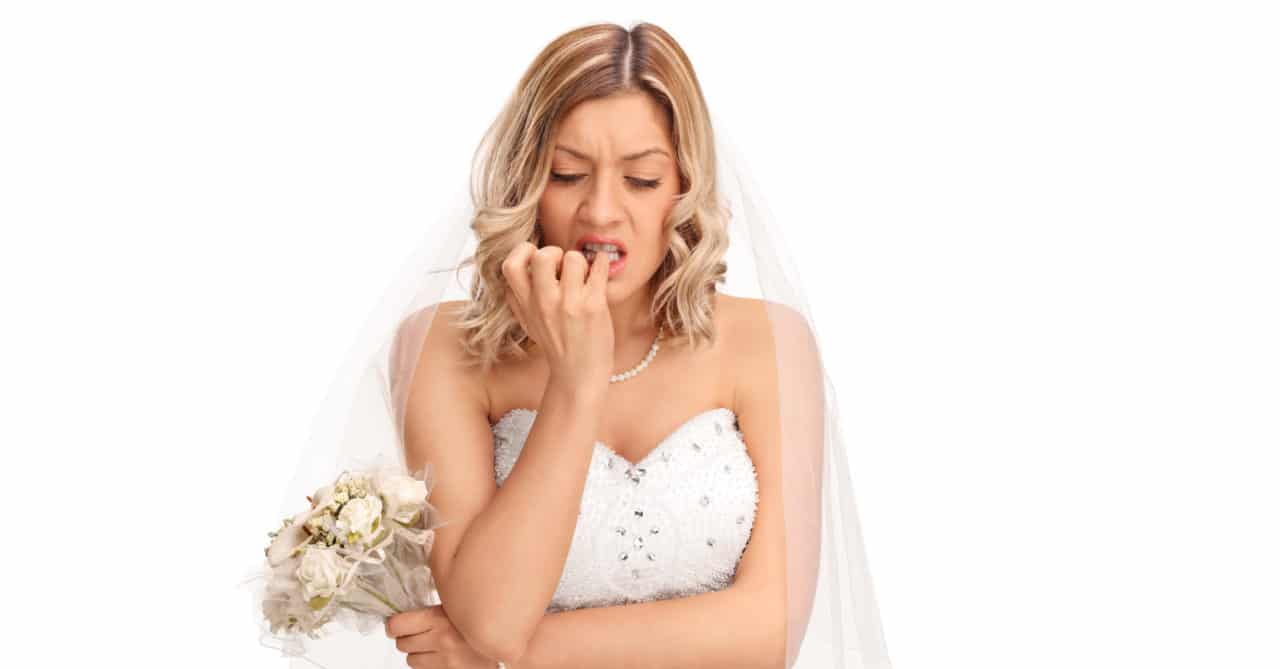 The fact that forty to fifty percent of marriages in the United States eventually end in divorce is enough to keep some people getting married. If that gloomy statistic isn’t enough to cast doubt on the idea of marrying someone you love, there are a myriad of superstitions about the entire wedding process that also hang over the institution.
But do not fret over these superstitions.
Most of these folk tales and superstitions date back to the olden days when times were different and people had time to come up with these “ideas”. People should ignore the stories about bad luck and forecasts of failure and proceed with their wedding plans undeterred, because in the end, it is all superstition.

But if the idea of wedding superstitions still intrigues you, then check out some of these beliefs that people get paranoid about and decide for yourself!

7 Superstitions You Can Ignore

1. You Can’t See Each Other Before the Wedding

Back in the olden days, arranged marriages were the norm of the day. The bride and groom met each other for the first time at the altar. Family members were concerned that if the man or the woman was so disturbed by the looks of the other, they would flee before the ceremony. By waiting until they were both at altar for the first sighting, it was too late to escape.

Although some cultures in foreign lands still practice arranged marriages, the superstition doesn’t hold water in the United States. The superstition of not seeing each other on the wedding day is a hold over from that old fable. So if you want to see your soulmate on the morning of the wedding before you walk down the aisle, go for it.

2. Don’t Have Yellow Flowers in the Wedding 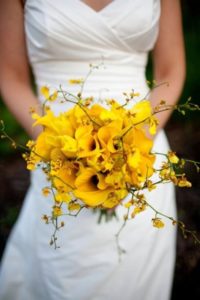 This superstition dates back to the Victorian era when a book, The Language of Flowers, assigned flowers different meanings all around Europe. Red tulips, for instance, stood for love and passion. Yellow roses, however, symbolized jealousy, something you would not represented at a wedding ceremony.

The color-rankings of flowers was debunked a long time ago. If yellow is your color, go for it and do not hold back!

The origin of this superstition is unknown, but it’s one of the more haunting myths. Supposedly, if someone drops the ring during the wedding ceremony, that person is meant for death.

Obviously nonsense, but it is important that whoever holds the rings prior to them being exchanged has a firm grip on them. No one is doomed to death if a ring does fall, but no one wants the ceremony interrupted by people desperately searching for the ring on their hands and knees. 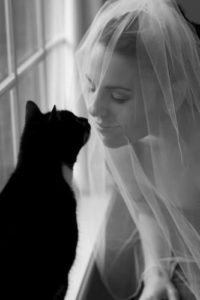 The Romans, practitioners of many festivals and ceremonies dedicated to the gods, held festivals for the dead exclusively in May. There’s an old nursery rhyme that carried that fear into English folklore: “Marry in the month of May, and you’ll surely rue the day.”

As for unlucky 13, there are a number of origins for this myth. None have any substantial proof of why the number “13” should be blanketed in infamy.

But please ignore all of these superstitions! If you want to get married on Saturday the 13th of May, do so without any trepidation. Just watch out for any black cats.

5. Carrying the Bride Over the Threshold Brings Good Luck

This is a long-held tradition that is still carried on today. But the question is, if the groom doesn’t heft his bride into his arms and carry her through the doorway into their first home, does that mean bad luck?

This superstition, like many, dates back to the Ancient Romans who believed carrying the bride across the threshold protected her from evil spirits. Today, many couples are content to hold hands for the traditional entry into their home for the first time without the fear of anything bad happening to the bride. Another “old wives” tale debunked.

6. Tossing the Garter for Good Luck 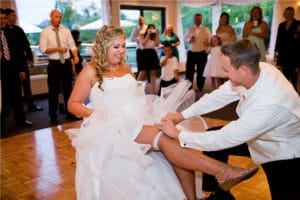 The tradition of the bride exposing her leg, removing a garter, and tossing it to the crowd for good luck dates back to a dark beginning.

In medieval days, members of the wedding party would follow the bride and groom into their sleeping quarters and tear at the bride’s dress in hope of getting a piece for good luck. Some honorable groom decided this custom was too intrusive, so he took a garter, tossed it out to the crowd, then quickly bolted the door shut. Or so the story goes…

This good luck superstition dates back to an Old English thyme: “Something Olde, Something New, Something Borrowed, Something Blue, A Sixpence in your Shoe.”

Four objects that meet the criteria are supposed to be carried by the bride on her wedding day to bring good luck to the marriage. This superstition can be ignored too, but it’s a fun tradition that most brides still like to partake in. Plus it is a fun photo opportunity!

Here is a list of superstitions from other countries that are interesting, and a little funny! Also, no pressure to take a milk bath (read on to find out what I am talking about)!

1. Brides sometimes tuck a sugar cube into their glove because, according to Greek lore, sugar will sweeten their union.
2. A spider found on the wedding dress means good luck in England.
3. In the Hindu religion, rain on your wedding day is considered good luck.
4. Egyptian women pinch the bride on her wedding day for good luck.
5. Henna paint on the hands of feet of Middle Eastern brides protects them from the evil eye of bad luck, or so they believe.
6. We throw rice at the newly married, departing couple for good luck. Czechs throw peas at the newlyweds instead.
7. In Sweden, the bride puts a silver coin borrowed from her father and a gold coin from her mother in each of her shoes. This superstition ensures that she will never have to do without.
8. In Finland, the bride sometimes goes door to door collecting wedding gifts in a pillow case. A long-married man always accompanies her for good luck on a long marriage.
9. In Morocco, superstition dictated that the bride should take a milk bath before the ceremony to purify herself for the groom.