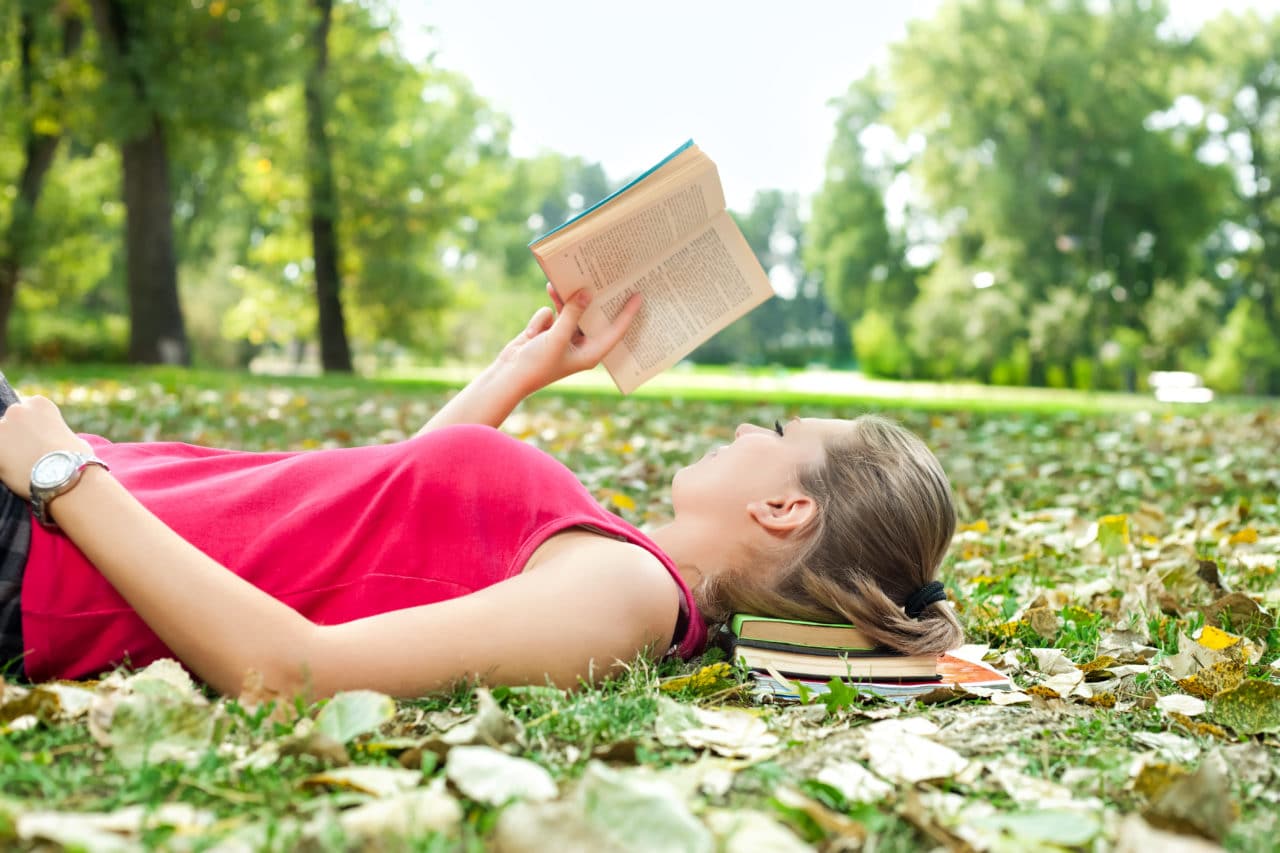 When a bride-to-be is incredibly stressed, there are many things that she can do to calm herself. Some brides love to indulge themselves in sweets, whether it be chocolate, cake, cookies, or our favorite, ice cream. Other brides like to watch their favorite romance movie and cry their eyes out, or watch their favorite comedy and laugh until their side hurt. Maybe you are the bride that goes and works out for two hours, bakes bread, shoots guns outside. Whatever it is, there are relaxing mechanisms for dealing with stress when it comes to wedding planning!

For the nerdy or bookworm bride, reading is definitely an option to relax and calm the nerves that are surrounding her. But chances are, if you are a book-loving bride, you have probably read all of the books on your shelf, more than once, for that matter.

So, that is what I am here to help you with! Here at OurStart, we believe in helping and aiding brides in every step of their wedding journey. So that includes handling the stress. I have compiled a list of ten books, whether they be romance, comedy, or wedding based, that bookworm brides who need a little rest and peaceful break should read.

Download them on your Kindle, visit your library, or order them offline for your next reading session! And happy reading! 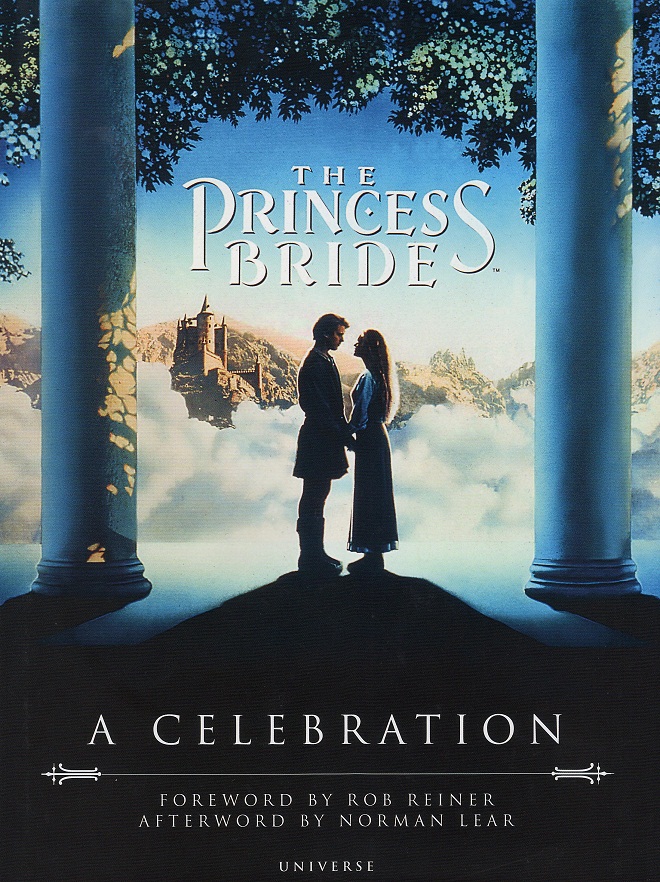 “The horse’s name was “Horse” (Buttercup was never long on imagination) and it came when she called it, went where she steered it, did what she told it. The farm boy did what she told him too. Actually, he was more a young man now, but he had been a farm boy when, orphaned, he had come to work for her father, and Buttercup referred to him that way still. “Farm Boy, fetch me this”; “Get me that, Farm Boy—quickly, lazy thing, trot now or I’ll tell Father.”

– excerpt from The Princess Bride

Not only is this novel a classic one to pick up and read, but the movie is just as entertaining, if not funnier! Click here to purchase the novel.

2. It Happened One Wedding by Julie James 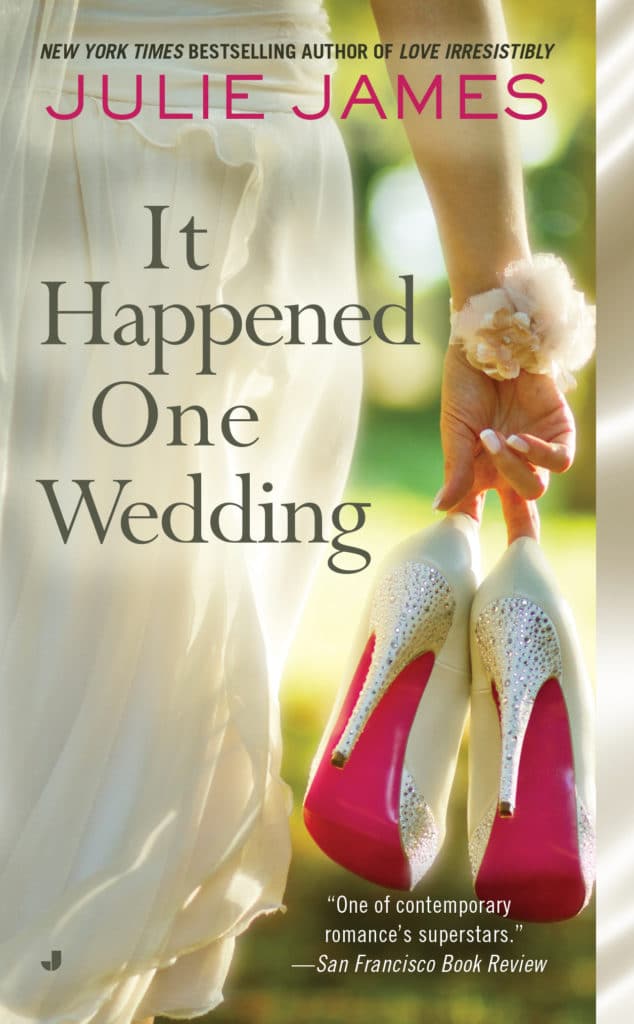 “One of the things Sidney had decided, now that she was back in Chicago after eight years in New York, was that she needed to have a plan when it came to dating. It had been six months since she’d broken her engagement with her ex-fiancé—plenty of time to mourn the loss of that relationship.

Moving back to Chicago, her hometown, was her chance to get a fresh start. And to make the most of the opportunity, Sidney had decided to draw on the skills she’d cultivated in her professional life. As a director at one of the most successful private equity firms in the country, she had great instincts when it came to determining whether a company was a good or bad investment. Those instincts, in fact, were the reason her new firm had approached her three months ago, at the Manhattan-based investment bank where she’d previously worked, and asked her to manage a four-billion-dollar fund they’d nearly finished raising.

Now, she simply needed to apply those same instincts to her personal life. One had to be somewhat business-like in order to survive the thirty-something dating scene; to be successful she needed to be open to new prospects, but also decisive and quick to move on when a candidate looked to be a less-than-stellar investment.”

– excerpt from It Happened One Wedding

Moving on from a sticky situation in the past, Sidney Sinclair works through the new things in life to begin her life journey, and possibly meet new love! Click here to purchase the novel.

3. The Notebook by Nicholas Sparks 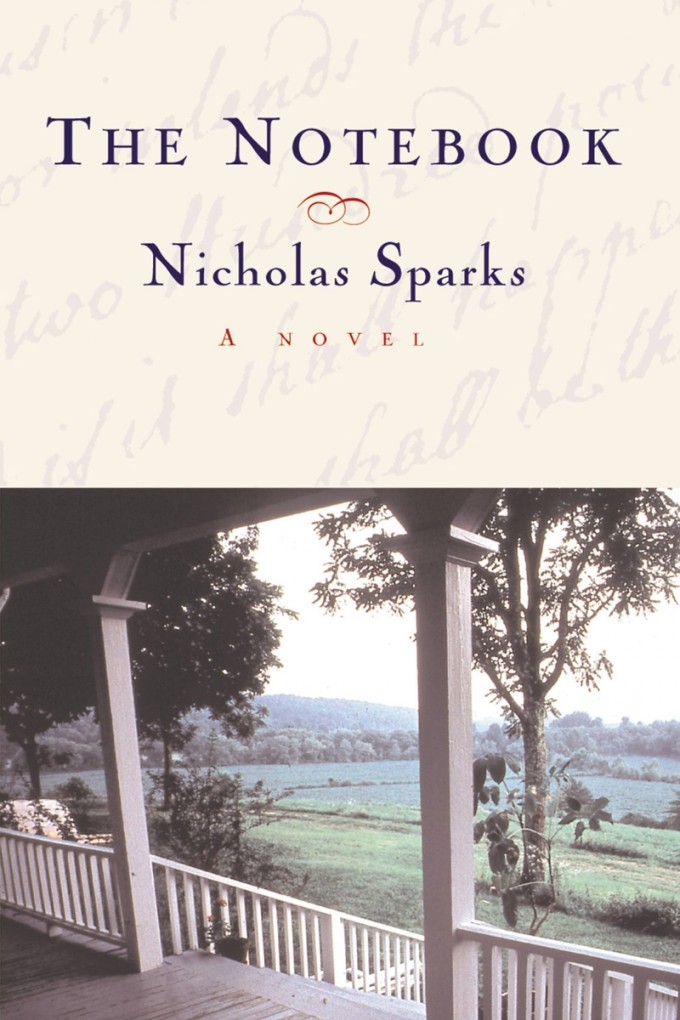 “I realize the odds, and science, are against me. But science is not the total answer; this I know, this I have learned in my lifetime. And that leaves me with the belief that miracles, no matter how inexplicable or unbelievable, are real and can occur without regard to the natural order of things. So once again, just as I do every day, I begin to read the notebook aloud, so that she can hear it, in the hope that the miracle that has come to dominate my life will once again prevail.

And maybe, just maybe, it will.”

– excerpt from The Notebook

Listen as the protagonist reads through an old notebook that unfolds an incredible summer love and a whimsical past to his readers. Click here to purchase the novel. 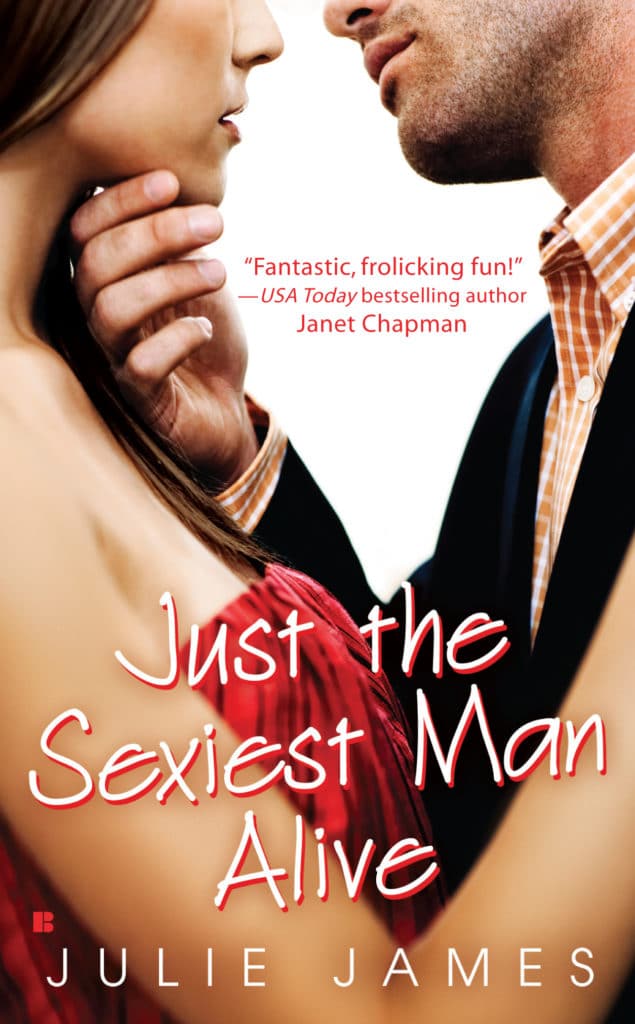 “Taylor loved the sounds of a bustling law office. The phones ringing off the hook, the furiously righteous conversations that spilled out behind closed doors, the printers busily shooting out fifty-page briefs, the mail carts wheeling by as they dropped off court orders— this was all music to her ears. They were the sounds of people working hard.

And no associate— or so Taylor hoped the senior partners agreed— worked harder than she did. From the moment, now seven years ago, she had first set foot in the Chicago office of Gray & Dallas, she had done her best to make sure everyone knew she was an associate who was going places. And now the firm had sent her to Los Angeles to litigate a highly publicized class-action sexual harassment case involving one of the nation’s most upscale department stores. She was fully aware it was a test to see exactly what she was capable of.

And she was more than ready.”

Join hard working associate Taylor as she embarks on the adventure of a lifetime, whether she wants to or not! Click here to purchase the novel.

5. The Fault In Our Stars by John Green 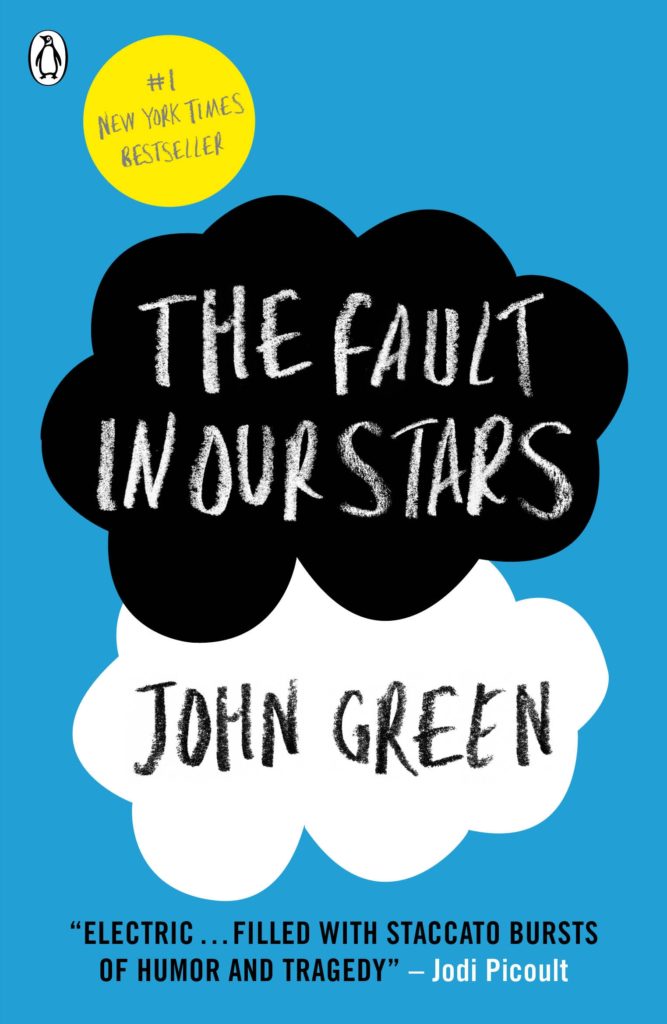 “Then we introduced ourselves: Name. Age. Diagnosis. And how we’re doing today. I’m Hazel, I’d say when they’d get to me. Sixteen. Thyroid originally but with an impressive and long-settled satellite colony in my lungs. And I’m doing okay.”

– excerpt from The Fault in Our Stars

“Bored of life” Hazel gets a nice surprise when a guy from her cancer support group shows interest in her, and learns what maybe it is like to live life to the fullest. Click here to purchase the novel. 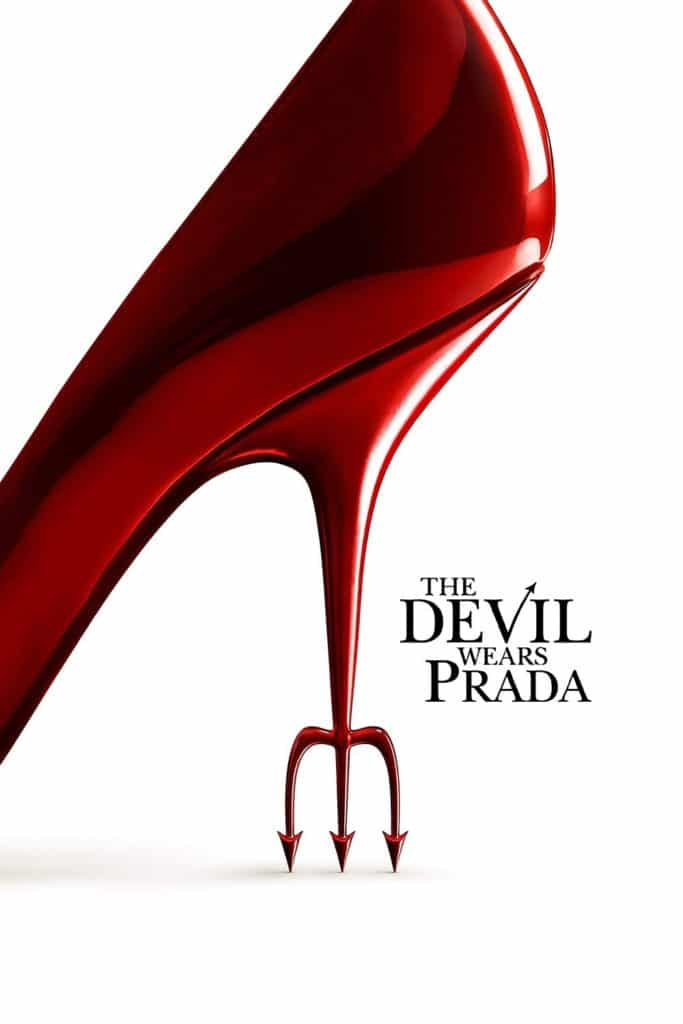 “The light hadn’t even officially turned green at the intersection of 17th and Broadway before an army of overconfident yellow cabs roared past the tiny deathtrap I was attempting to navigate around the city streets. Clutch, gas, shift (neutral to first? Or first to second?), release clutch, I repeated over and over in my head, the mantra offering little comfort and even less direction amid the screeching midday traffic. The little car bucked wildly twice before it lurched forward through the intersection. My heart flip-flopped in my chest. Without warning, the lurching evened out and I began to pick up speed. Lots of speed. I glanced down to confirm visually that I was only in second gear, but the rear end of a cab loomed so large in the windshield that I could do nothing but jam my foot on the brake pedal so hard that my heel off.”

– excerpt from The Devil Wears Prada

Join the assistant to fashionista Miranda Priestly Andrea Sachs, as she enters the world of fashion, but learns the difficulties of keeping up with her social life and sanity with the cons of the job. Click here to purchase the novel. 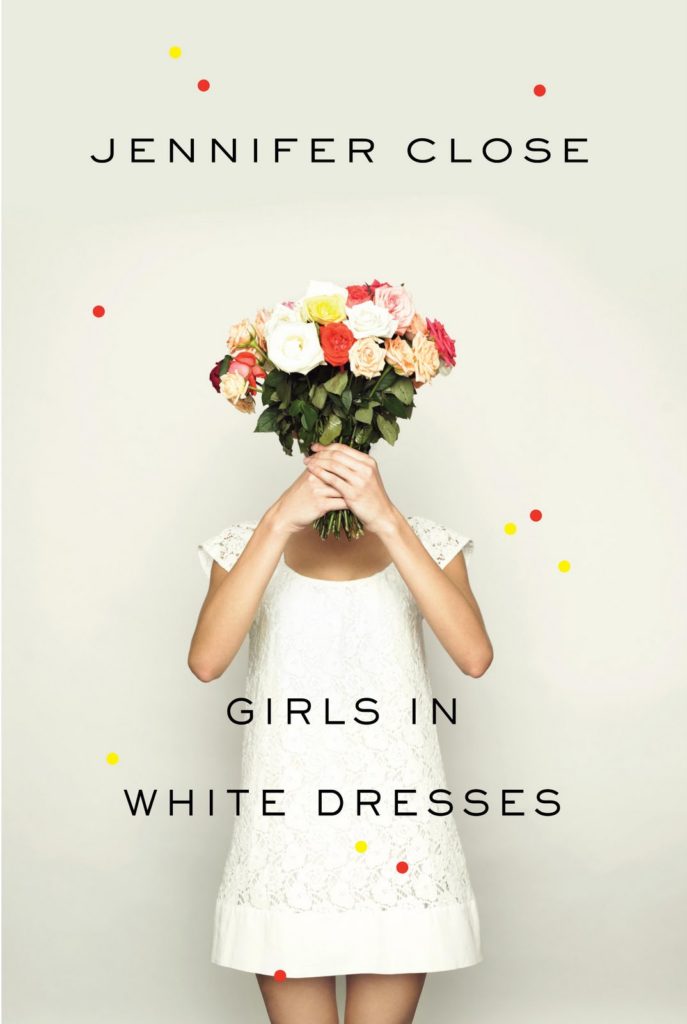 “New York in September was super busy, like everyone was in a hurry to get back to real life after the lazy summer. Isabella liked the feeling of it, the rushing around, and she let herself get swept along the sidewalks. She walked quickly, trotting beside the crowds of people, like she had somewhere important to be, too, like she was part of the productivity of the city, when she was really just going to Bed Bath & Beyond to get a shower curtain.

Isabella had decided to move to New York because she didn’t have a plan, and New York seemed like a good one.”

– excerpt from Girls in White Dresses

Follow along in this story of three hopeful women who are either swapping in careers, finding new love, or dealing with family problems, while everyone around them is getting married and moving on. Click here to purchase the novel.

8. Pride and Prejudice by Jane Austen 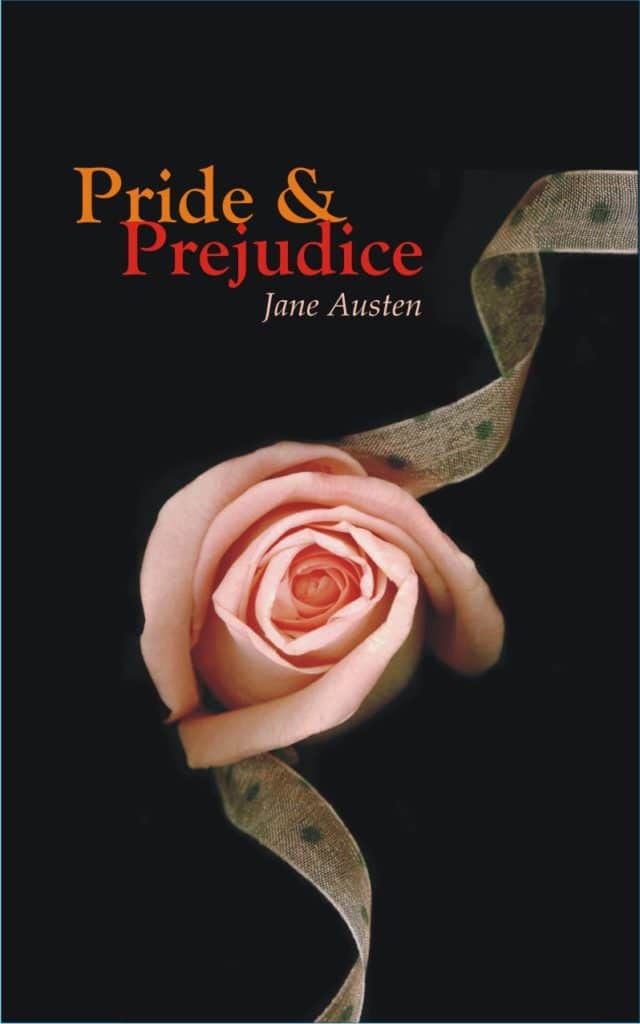 “Occupied in observing Mr. Bingley’s attentions to her sister, Elizabeth was far from suspecting that she was herself becoming an object of some interest in the eyes of his friend. Mr. Darcy had at first scarcely allowed her to be pretty; he had looked at her without admiration at the ball; and when they next met, he looked at her only to criticize. But no sooner had he made it clear to himself and his friends that she had hardly a good feature in her face, than he began to find it was rendered uncommonly intelligent by the beautiful expression of her dark eyes.

To this discovery succeeded some others equally mortifying. Though he had detected with a critical eye more than one failure of perfect symmetry in her form, he was forced to acknowledge her figure to be light and pleasing; and in spite of his asserting that her manners were not those of the fashionable world, he was caught by their easy playfulness. Of this she was perfectly unaware;–to her he was only the man who made himself agreeable nowhere, and who had not thought her handsome enough to dance with.”

– excerpt from Pride and Prejudice

Elizabeth might be a hard woman to catch and to please, but Mr. Darcy is most definitely up for the challenge. This gushy classic is good for any romantic bride! Click here to purchase the novel.

9. A Walk to Remember by Nicholas Sparks 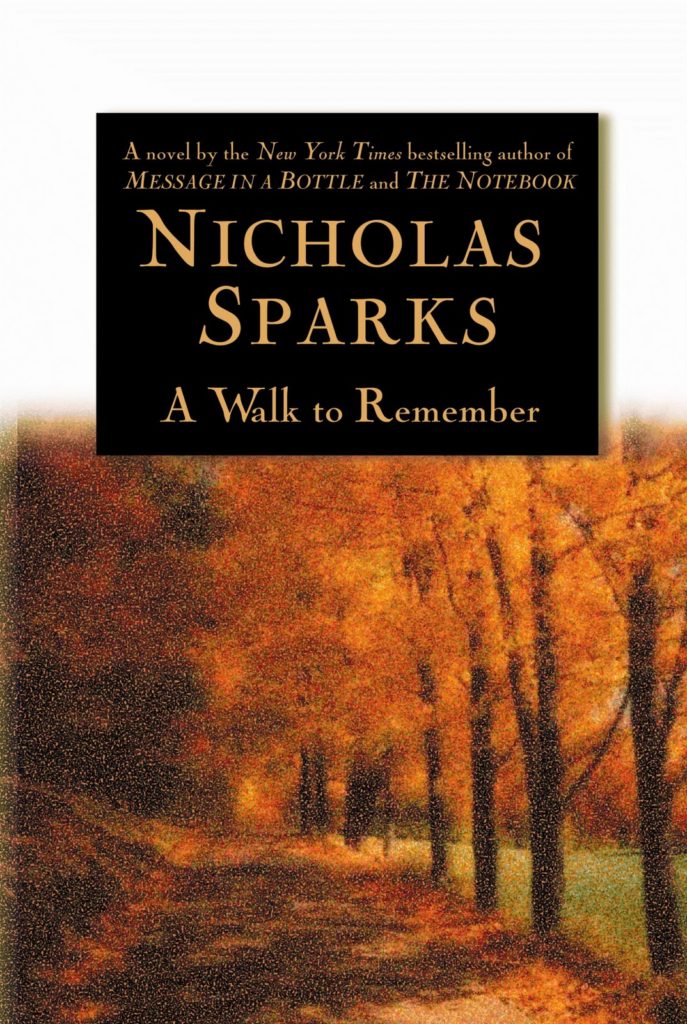 “Jamie was the kind of girl who would pull weeds in someone’s garden without being asked or stop traffic to help little kids cross the road. She’d save her allowance to buy a new basketball for the orphans, or she’d turn around and drop the money into the church basket on Sunday. She was, in other words, the kind of girl who made the rest of us look bad, and whenever she glanced my way, I couldn’t help but feel guilty, even though I hadn’t done anything wrong.  ”

– excerpt from A Walk to Remember

Read through the heartfelt novel and story of Jamie Sullivan, and how her actions and faith affected and changed those around her, including one special man in particular. Click here to purchase the novel. 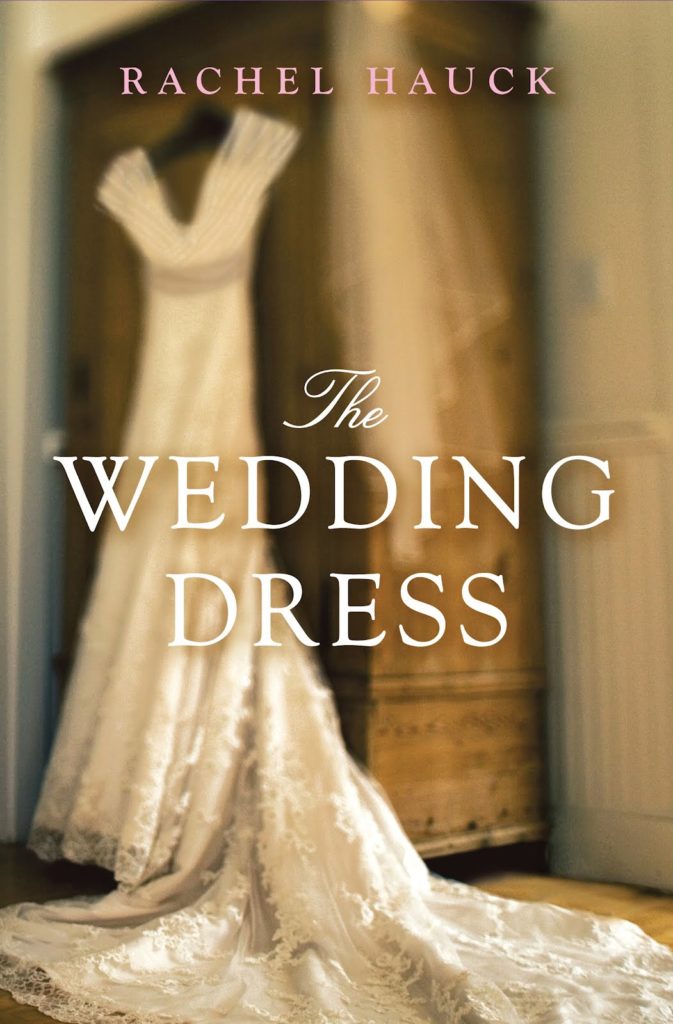 This new best-selling novel follows the story of Charlotte, an owner of a small bridal boutique in Birmingham, Alabama. Although Charlotte is engaged, she struggles with knowing whether or not she is supposed to marry Tim. And when she can’t find the perfect dress, she wonders if it is even more of a sign! Follow along on her adventure as written by Rachel Hauck. Click here to purchase the novel.