How Will Newborn Cloth Diapers Make Your Parenting More Successful? 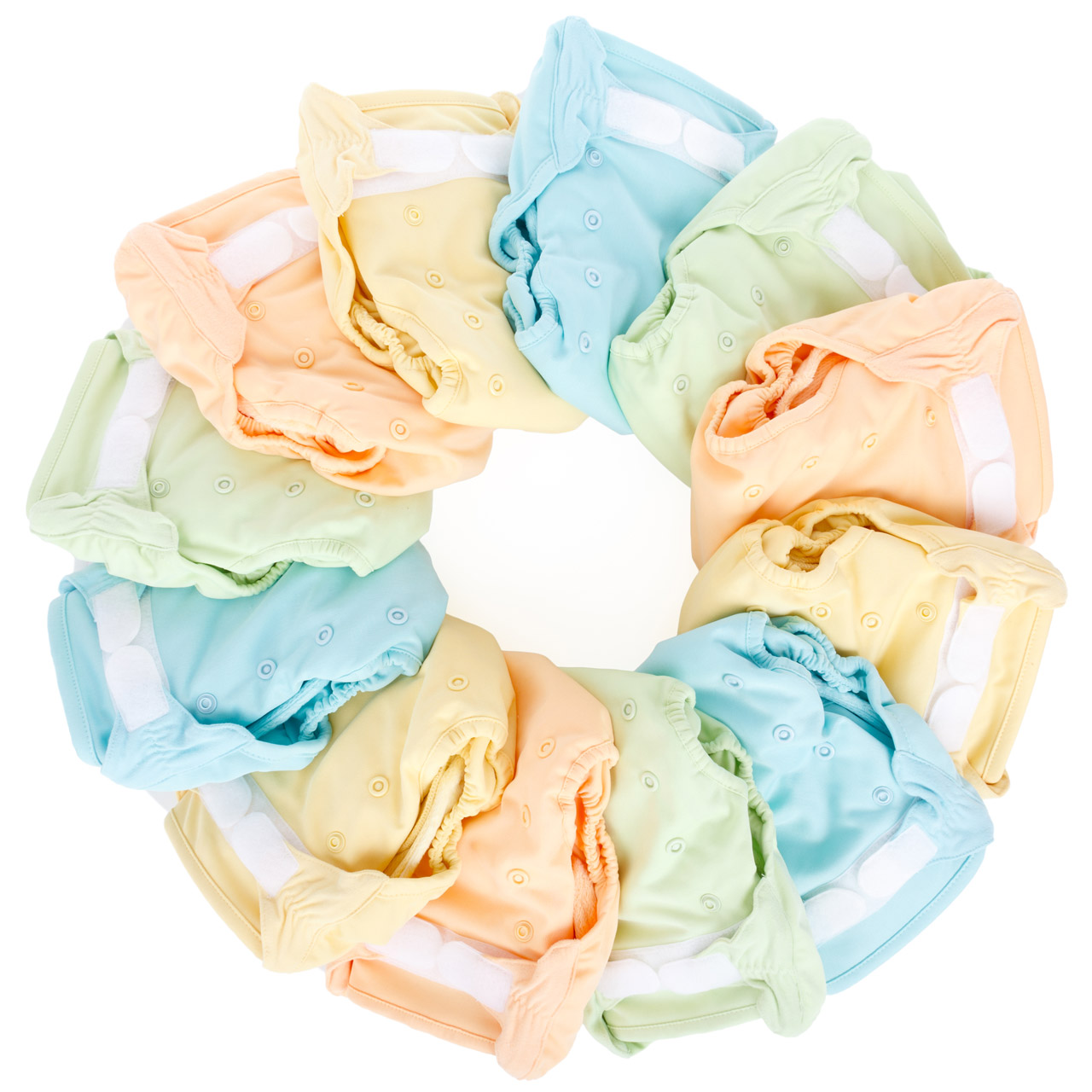 For a long time now, when people think of diapers for babies, they have always thought of the disposable diapers that you can buy from almost anywhere. You can get Pampers, Huggies, and other disposable diaper brands from supermarkets, baby stores, big box stores like Target and Wal-Mart, or you can even order them online. No one even thinks about using newborn cloth diapers anymore.

However, prior to the invention of such modern conveniences, women used cloth diapers to cover their babies' bottoms. Most mothers circa the 1970s to the early 2000s or so would have likely balked at the extra effort and mess of using the cloth diapers of old. But, fast forward to the 21st century, and the cloth diaper is returning for any number of reasons. From environmental concerns to the health of newborns, infants, and toddlers, it seems that there are many reasons the first diapers are now becoming the preferred method of swaddling babies' bottoms. So, if you're expecting and are weighing which option to go with, you have come to the right place to find out all about newborn cloth diapers.

History of the Cloth Diaper

Prior to 1946, there was nothing but squares of cloth, made from natural or man-made fibers, to protect your baby's sensitive bottom. During World War II, the diaper service became a staple, because women worked more, due to men being off at war. The tide began to turn with the "Boater" invented by housewife Marion Donovan. The "Boater" was a waterproof covering for cloth diapers. The real revolution came in the 1960s, though, when the beginnings of the disposable diapers we all know of today came about. To that end, given the convenience here, why are we suddenly so pro- newborn cloth diapers again? There are many valid reasons to use newborn cloth diapers, but disposable diapers are still quite popular as well. To that end, we'll explore this diaper revolution.

The Return of Cloth Diapers

Despite the yuckiness of doing things like dumping poop from a stinky diaper into the toilet, the revolution to return to newborn cloth diapers is picking up. Now, these are not the cloth diapers of old. They are still natural cotton materials, and they are not nearly as convenient or comfortable for your baby as their disposable counter parts. Further, they have made the return of the laundry service become a necessary and expensive chore for moms who do not have the time or home resources to clean their own newborn cloth diapers at home.

Further, even if you do wash your baby's cloth diapers in the washing machine, there is the extra water and detergent to be accounted for. You get a higher cost overall, with less convenience. Also, speaking of convenience - do you really want to ride around with a poopy cloth diaper in your car on a hot summer's day because the little one had to let go while you were picking out meat in the grocery store? You'll definitely have more challenging diaper changes with the cloth option.

However, there are some serious upshots to returning to the cloth diaper. Some disposable diapers are difficult on a baby's sensitive skin, and even have been shown to contain toxins. While disposable diapers offer less frequent changing of diapers due to their more absorbent technology, some mothers say that the discomfort of the wetness helped their babies want to potty train more enthusiastically. Of course, such things will vary wildly from child to child and mother to mother. The important thing to do is to explore the disposable vs. cloth options, and make the right decision for you and your family.

The Ecological Impact of Opting For Newborn Cloth Diapers

A big factor in the comeback of the cloth diaper has been the growing concern for the environment among young mothers. This is a good thing, of course. Disposable diapers have been filling the landfills for decades, and we really do have an issue with dumping non-biodegradable trash into our environment by the ton. Therefore, the more new mothers who forego disposable diapers and instead opt for newborn cloth diapers instead, the better.

However, as was mentioned before, the washing of cloth diapers takes up a lot of electricity and water. Whether you use a diaper service - for which you might be on the hook for $20 or more - or you wash your newborn cloth diapers at home, you are still using more electricity and water. It depends on which method seems to be worse for the environment. Though the jury is still out on that one scientifically, I would argue that filling landfills is the more dire issue right now, if environmental impact is one of your reasons for choosing the cloth option, you won't be disappointed.

How you choose to take care of your baby - right down to which diaper you use - is a deeply personal decision. Many young, expectant moms are turning to newborn cloth diapers instead of the traditional disposable varieties their mothers and grandmothers used for their babies. There are many very good reasons for this. The new cloth diapers are not like the ones of old - they come in colorful, waterproof varieties, and are machine washable. Also, you never run out of diapers, because you can just toss some in the laundry without needing to run out to the store. If you plan this right, you will only have to buy diapers once per baby, and simply reuse what you have if you go with the option of newborn cloth diapers.

With the Millenial generation moving into our 20s and 30s, the main parental consumer class is a much more ecologically friendly generation. Therefore, the environmental revolution includes newborn cloth diapers, and that is no surprise. Diapers, like plastic straws and cups, cigarette butts, and all kinds of disposable garbage winds up in our landfills, polluting our environment. Millenial mothers do not want to be a part of that.

No matter what choice you make - be it traditional disposable diapers for your newborn, or the cloth option - you'll be doing what is best for you and your baby. Ultimately, that is all that matters. Happy decision making!

Related Article: 18 Must-Have Items All Moms Should Carry In Their Diaper Bags